Animal of the Week: Black-naped Hare, Kabini and Bandipur 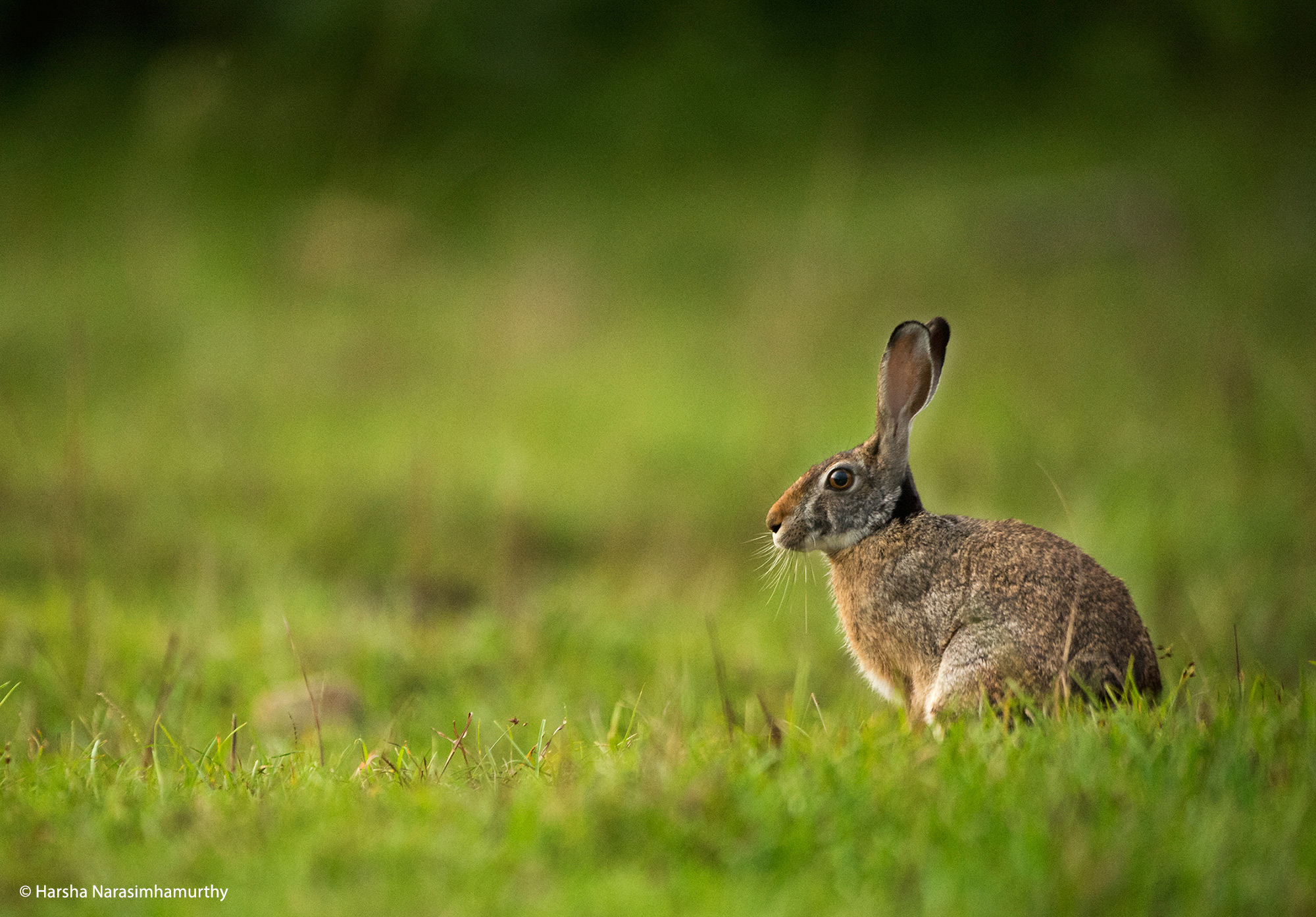 In the beautiful forests of Kabini, if you see an adorable little furry creature with brown and black hairs scattered all over its body, you are looking at the black-naped hare.

Found throughout India except for the high altitudes of the Himalayas and the mangrove wilderness of the Sundarbans, the black-naped hare, is also found in Java. It is also known to have been distributed in southern Nepal, eastern Pakistan, Bangladesh and Sri Lanka.

The peak breeding season is the monsoons although it occurs throughout the year. It feeds mainly on forbs and grasses. Due to expanding agricultural fields and sometimes illegal hunting, the population of this hare is critically fragmented.

Due to the patch of black fur that runs along the nape of the neck, this hare gets its name — black-naped hare, and for this unmistakable, attractive feature, it is our Animal of the Week!

See this colourful bird on our Wildlife Photography Tour to Kabini and Bandipur!