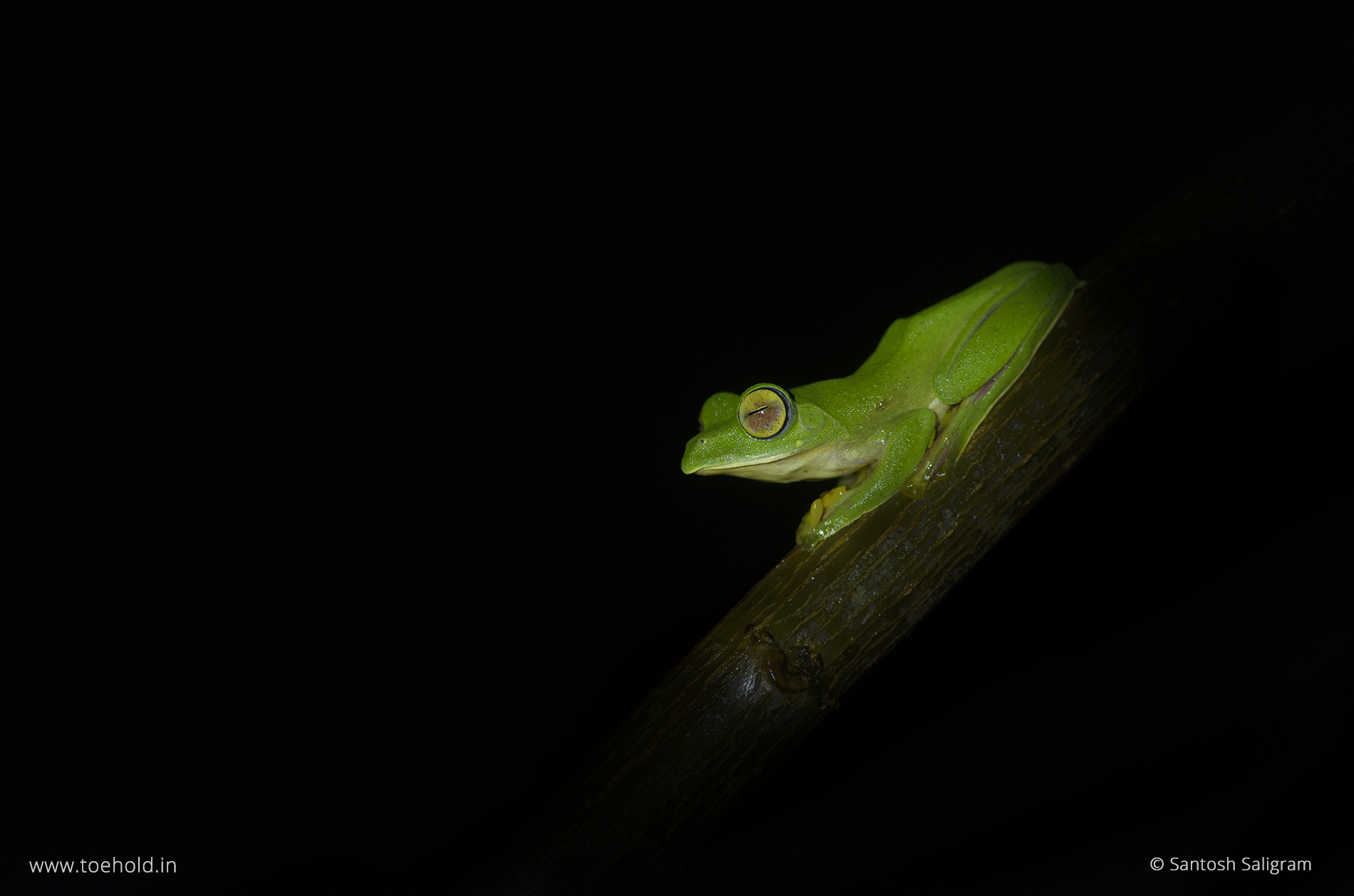 In the quivering green-black forests of Amboli in the Western Ghats, if you see a little moist green blob of a thing moving about or perched on a twig, you are looking at the Malabar gliding frog, which is also called the Malabar flying frog.

One of the largest moss frogs, its belly is yellow and has skin fringes between and along its long limbs. The webbing between toes and fingers is an orange-red. While the back skin is finely granulated, its belly is coarsely granulated.

This amphibian star has a rounded snout but not a wide one. It builds foam nests above little pools of water, into which it drops its tadpoles after hatching. The male Malabar gliding frog is smaller than the female.

The name ‘gliding’ frog is derived from its ability to break its fall by stretching the webbing between its toes, especially when leaping down from the treetops. It can make gliding jumps of about 115 times its own length, and for this amazing reason, the Malabar gliding frog is our Animal of the Week!

See this adorable frog on our ‘Monsoon Magic’ Macro Photography Tour to Amboli!