Animal of the Week: Leopard 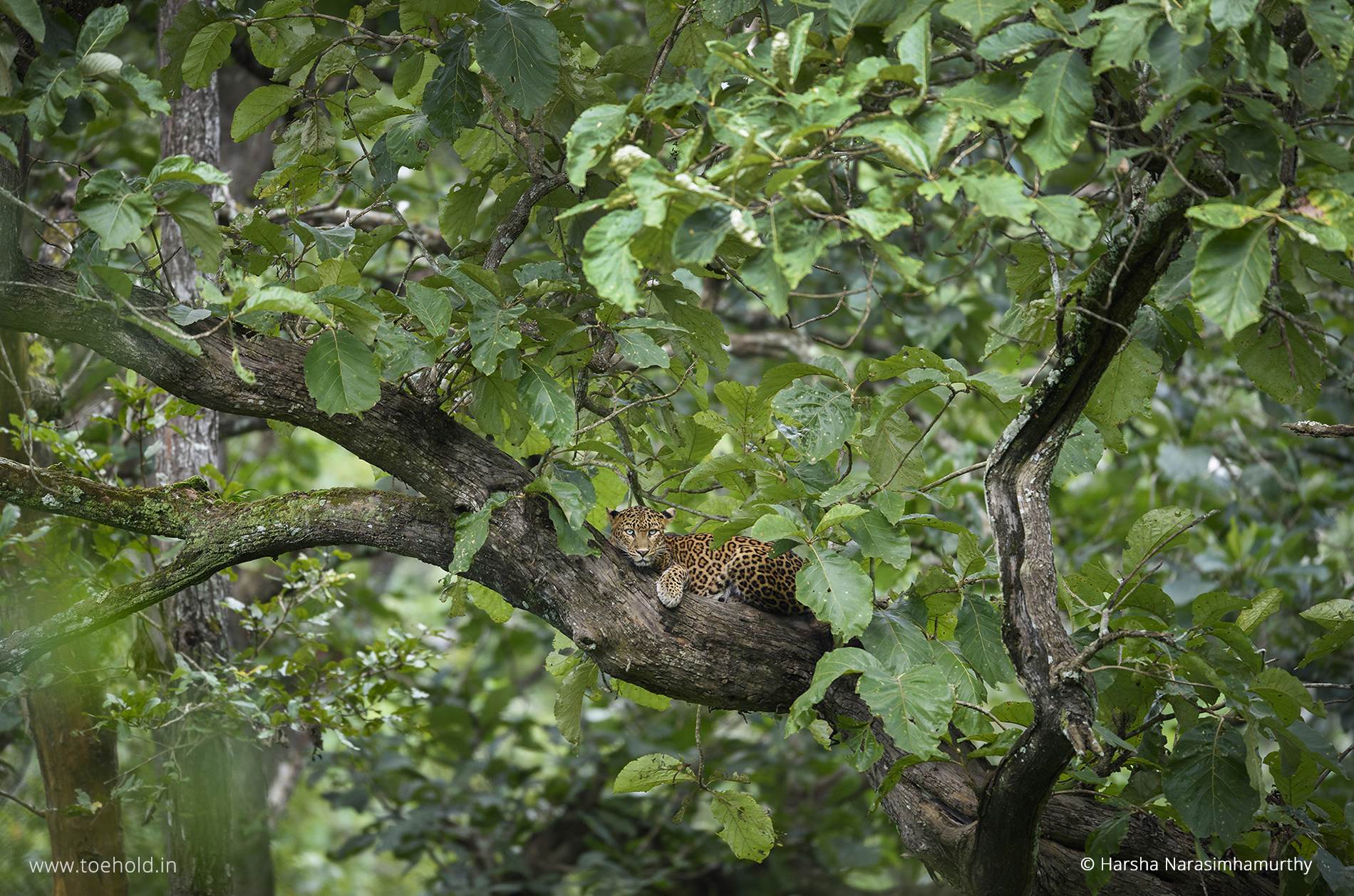 Our reverence for this spotted feline being defies reason. If spotting big cats in the wild is an addiction you never want to recover from, we resonate with your steadfast love for them. And seeing the leopard in particular in the serene green environs of Kabini – or Bandipur or Gir among other places in India – is an experience we cherish with unabashed admiration. After all, it’s the kind of love that doesn’t await acknowledgement, much less reciprocation.

The leopard inhabits tropical rainforests, temperate forests and dry deciduous forests. Its skin is a gorgeous yellowish brown or gold or pale yellow. The spotted and rosetted coat makes it one of the most easily recognised animals. Its honey-gaze can pierce you like unmistakable clarity through the green daze when you spot one while snaking through the sinuous paths of the forest.
Not only is this stately cat elusive but also solitary and nocturnal, adding to its mystical charm. It is known to produce various vocalisations like roars, grunts, snarls, purrs, growls and meows. The leopard is also known to be a powerful swimmer even as it is not disposed to swimming. An opportunistic, multi-skilled hunter, its diet is broad, including deer, wild boars, langurs, Indian hares, nilgais and peafowls.
Its ability to climb trees is a spectacle to watch if you’re fortunate while in the wild. And its elegance while resting on a tree branch on on ground elicits only awe.
This surreal being is sprightly and graceful in each of its agile movement. It can run at more than 58 kilometres per hour. With its single leap, it can cover six metres of the ground horizontally, and it is known to jump up to three metres vertically! For all these astonishing reasons, for its phantom-like existence that makes it one of the most-loved mesmerising animal, the leopard is our Animal of the Week!
See this splendid big cat on our ‘The Leopard’s Lair’ Wildlife Photography Tour to Kabini!