Winter is coming… and it’s going to be a ton of fun! We compile a list of the ‘hot’ places you can visit this cold season. Pack your bags and let the balmy travel experiences keep you warm in different parts of India this winter!

In the dense green mountain forests of Nagaland, it won’t be difficult to speak to even their muteness with no words. Inhabited by several tribes, this Indian state has a lot to offer in terms of culture and heritage apart from the beauty of its mountain terrain.

There is another reason you should visit Nagaland this December: dubbed ‘The Festival of Festivals’, the Hornbill Festival is an annual celebration that promotes inter-tribal interaction and cultural heritage of Nagaland. It is named after the colourful bird because it is displayed in folklore in most of Nagaland’s tribes. Among the best details of the festival is the spectacular traditional dance of the Zeliang Naga Tribesmen.

Along with vibrant and powerful performances, sports, food fairs, crafts, games and other ceremonies are brought together during the Hornbill Festival. Traditional wood carvings, paintings, and sculptures are also displayed during the time.

The most sacred of the seven holy cities in Hinduism and Jainism, Varanasi, also known as Kashi and Banaras, has been a religious and cultural centre for many thousands of years. It is closely connected with the River Ganga and is world famous for its ghats where pilgrims perform ritual bathing.

Also, Festival of Lights of the Gods – how does that sound for those who already love the festival of lights, Diwali? And imagine fifteen days of such a celebration, after Diwali, in a sacred land such as Varanasi!

Not only are the ghats of the Ganga River lit with a million earthen lamps, but also are many of them set afloat on the holy waters of the river… lamps that are poetic just the way they are already, but the whole town is a riot of colours with oil lamps and colourful designs drawn in their front yards. And the deities are taken through the labyrinthine streets of Varanasi on processions, even as firecrackers decorate the sky in their fleeting glory.

A land of marshy salt flats that shine like snow in dry seasons and become wet in the monsoons, Kutch is surrounded by the Arabian Sea, Gulf of Kutch, and Great and Little Rann of Kutch. Several sites from the Indus Valley Civilisation are found in Kutch, a detail that might interest a traveller who loves history.

In the mute ‘white desert’ of Kutch is a festival of flamboyant colours and joy, something like necessary chaos to break the mundane vast emptiness between the land and the sky.

Experience the diverse culture, heritage and hospitality of the Kutch people for two whole months. And on the vast plains here, especially when the moonlight is generous on full moon, you will be in for a world of pleasure, with different dance styles set to entertain you, which also reveal various, century-old traditions that are inherent in their very style. Other popular activities include camel safaris, archery, horse rides, cycling, birding, table tennis, paramotoring, net cricket, ATV riding, chess, pool table etc.

The Buddha was not just an ascetic and sage; he is, more than anything, more relevant than ever, a force of nature that calms the vagrant souls that are in a quest for peace. And the Buddhist Circuit is just the perfect vacation for you if you are in the mood for some spirituality to radiantly rim your travel experience.

Traversing the Buddhist Circuit is essentially a spiritual tour, which takes you to the alleys and sacred spaces such as Lumbini (in Nepal, then a part of ancient India where Siddhartha was born), Bodhgaya (in Bihar), Varanasi (in Uttar Pradesh), Sarnath and Shravasti (in Uttar Pradesh, India), Vaishali (in Bihar, India), and Kushinagar (in the Indian state of Uttar Pradesh).

These are sweet exaggerations. Calling Kerala ‘God’s Own Country’ is one such. With its emerald tropical greenery, coconut palms, mountain ranges, waterfalls, beaches, lakes, estuaries, backwaters, ancient ports and palaces, and Ayurvedic tourism, Kerala attracts travellers from all over the world throughout the year. Also known for its rich culture and art forms like Kathakali and Mohiniyattam, for its beautiful temples and for festivals including Onam, Kerala validates itself as ‘God’s Own Country’. So, this winter, why don’t you pamper yourself in a land that’s wedged between the Lakshadweep Sea and the gorgeous Western Ghats? 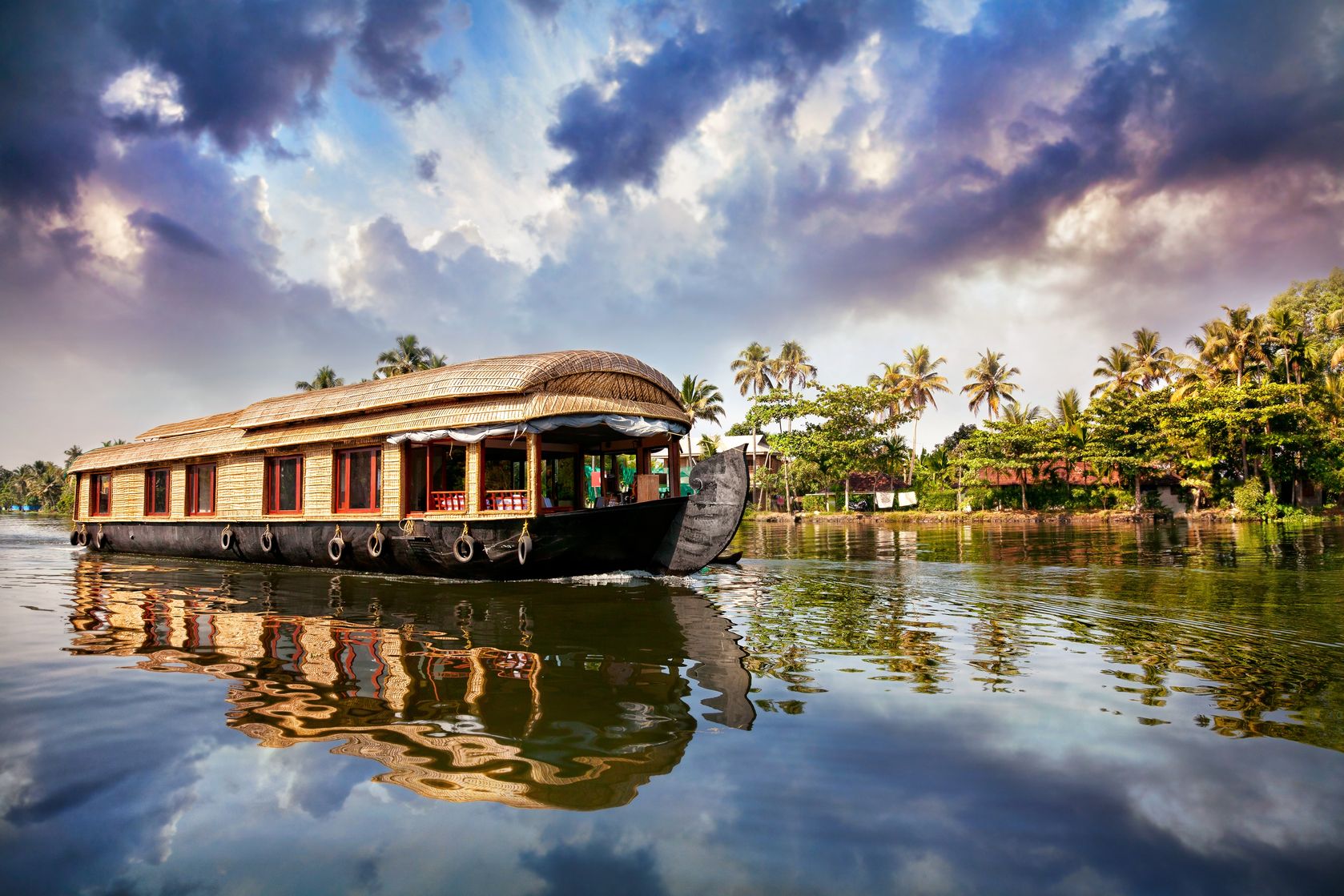 You can visit the beautiful temple village Aranmula, where you can buy yourself the popular handmade metal-alloy mirror called the Aranmula Kannadi. If you love water, go on a canoe ride in Viakom. The temples and river banks and streams in Tiruvalla village will wrap you in warm enchantment this winter. Enjoy the vistas of the Bekal beach that the Bekal Fort offers.

Breathe and appreciate this simple act that keeps us alive, day after day and night after night, when you are in the hill stations like Nelliyampathy and Ponmudi. In the forests of Idukki let the wintry air wrap you, and do not forget to visit Asia’s largest arch dam, Idukki Dam. And Silent Valley National Park allows you the quiet solitude if you are a lover of wildlife.

This winter, enjoy the diversity that Kerala has to offer to a traveller with many interests.

In the golden deserts of Rajasthan, which also contains in its lap the Aravalli Range, a winter vacation is one of the best choices you can make.

From Devgarh and Jojawar that are in the Aravalli Range to the temples of Deshnoke and Osian and the ruins of houses of the abandoned village, Kuldhara, from the ornate palaces, forts and breathtaking step-well reservoirs in Bundi to the spacious havelis and forts in Samode village and Mandawa, which is in the semi-arid historical region in the northeast part of Rajasthan, this Indian state is welcoming in winter.

It takes more than a lifetime to traverse the length and breadth of India, and that makes it a country to be explored in any season of the year. So this winter, make it count. Unroll that backpack, it won’t catch any cold! Let your curiosity and quest for newness keep you warm for the next few months. Bon voyage!

Have us plan your trip and make use of our expertise. Get started now with our Custom Tours!