This is the third of a six-part series on the tigers of Bandhavgarh. To read the first part, on Spotty, click here and to read the second part, on the Banbehi female, click here.

Bandhavgarh has been one of our most beloved tiger destinations. And we have had the fortune of following the lifestories of individual tigers over the years. In this series, we share with you what we have learned about the current feline beauties from our frequent visits to this national park.

He’s a son of our beloved Bamera: And hence he carries a precious legacy.

His mother was the fierce and maverick Kankati.

I first saw him in November 2011 when he was barely two months old. He was born to Kankati’s first litter, which had two females as well.

In 2013 one of his sisters was killed by a new male. He was seen with the other sister till June.

After the season reopened that October, save for a couple of stray sightings, he remained largely incognito for more than two years.

In February 2016 he made a dramatic comeback when he was seen mating near Magadhi’s Arariya fireline by Sachin Rai.

His consort was a ravishing daughter of the Rajbehra Female. Coincidentally, her name too was Kankati (T35).

Thereafter, they lived together without cubs, often being seen in and around the Arariya waterhole, popularly known as Tadoba.

Towards the end of 2016, Kankati birthed three cubs. They were seen regularly in the summer of 2017 at the Arariya waterhole.

Incredibly endearingly, T37 would spend significant amounts of time with the whole family, often sharing the waterhole with Kankati and the cubs.

When the season reopened in October 2017, Kankati wasn’t to be seen.

A partial skeleton was soon recovered in her home-range.

T37 became seperated from the cubs, as the department constructed an enclosure for the young ones around Arariya.

The fairy tale was over.

Later, T42 Solo was seen spending some time with him, and she has since been reported to have had cubs.

As a fan on T37, I hope he’ll pass on his genes and keep the B2-Bamera lineage alive. 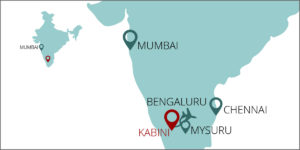 How to reach Kabini in the best possible way?
Read More » 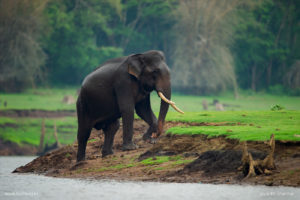 Wildlife of Kabini: A spectacular array of fauna
Read More » 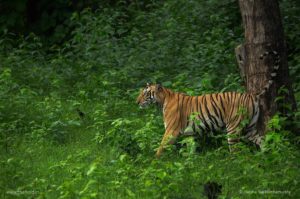 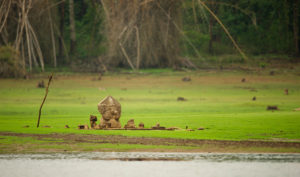 Well, was lucky to see Bamera Son in Magadhi,cross the road……was with toehold…….in December 2018, on my 6th game drive, and he is just like his grandfather B2, who I was fortunate to see way back in 2007, sadly never saw Bamera, but B2 has created an incredible lineage……and also Jayanth thanks for creating toehold, you have made inaccessible places for a single female to travel to her dream trips…..congrats, Sonali

Such a nice blog & Information you provide Tigers of Bandhavgarh is really helpful. Thanks for sharing such inspiring blog with us. Tripxps offers Chardham Yatra from Haridwar 9 Nights & 10 Days tour package. fore details visit here http://www.tripxps.in/pilgrimage-tour-packages-chardham-yatra-from-haridwar/