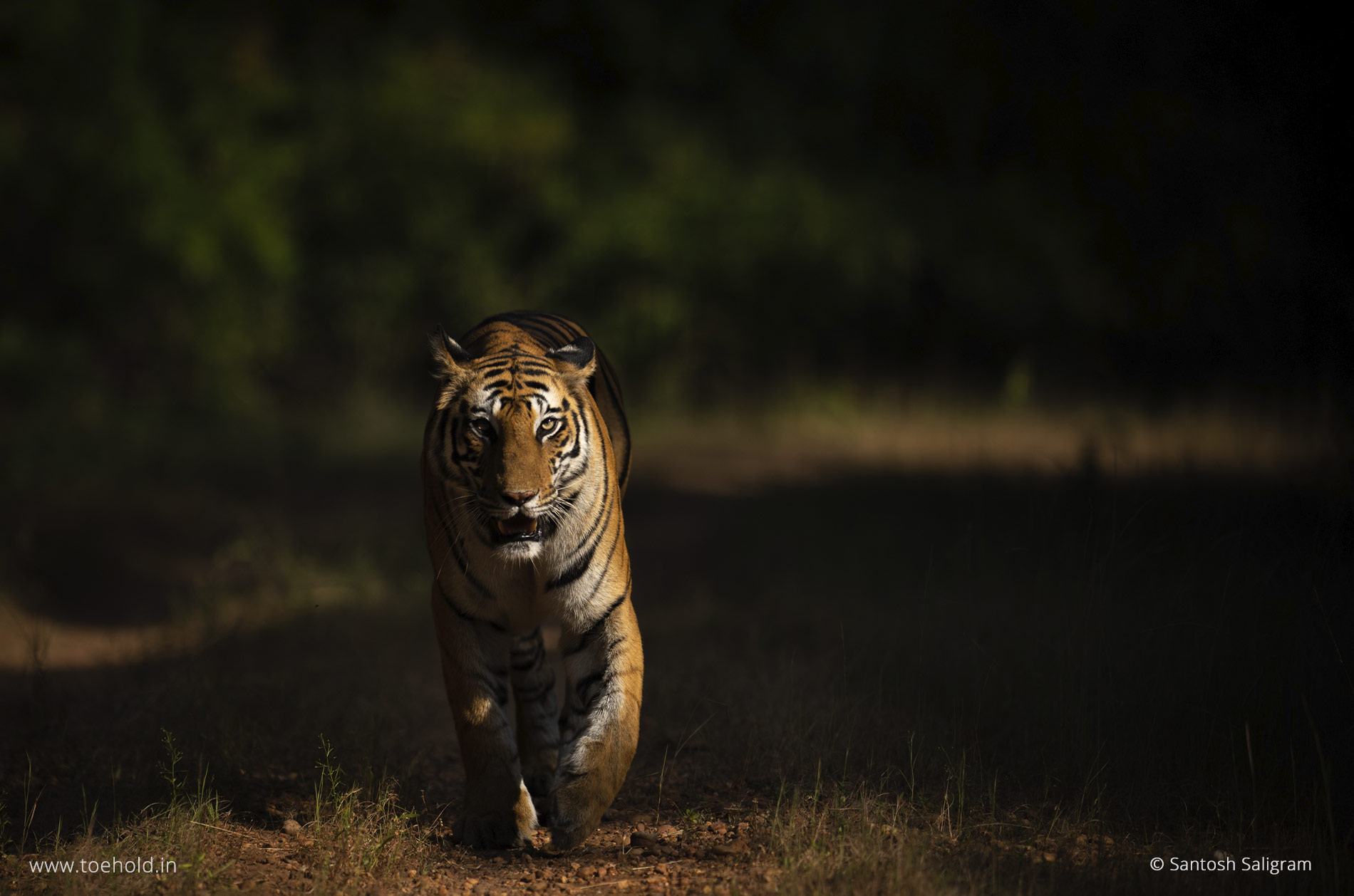 Bandhavgarh has been one of our most beloved tiger destinations. And we have had the fortune of following the lifestories of individual tigers over the years. In this series, we share with you what we have learned about the current feline beauties from our frequent visits to this national park. 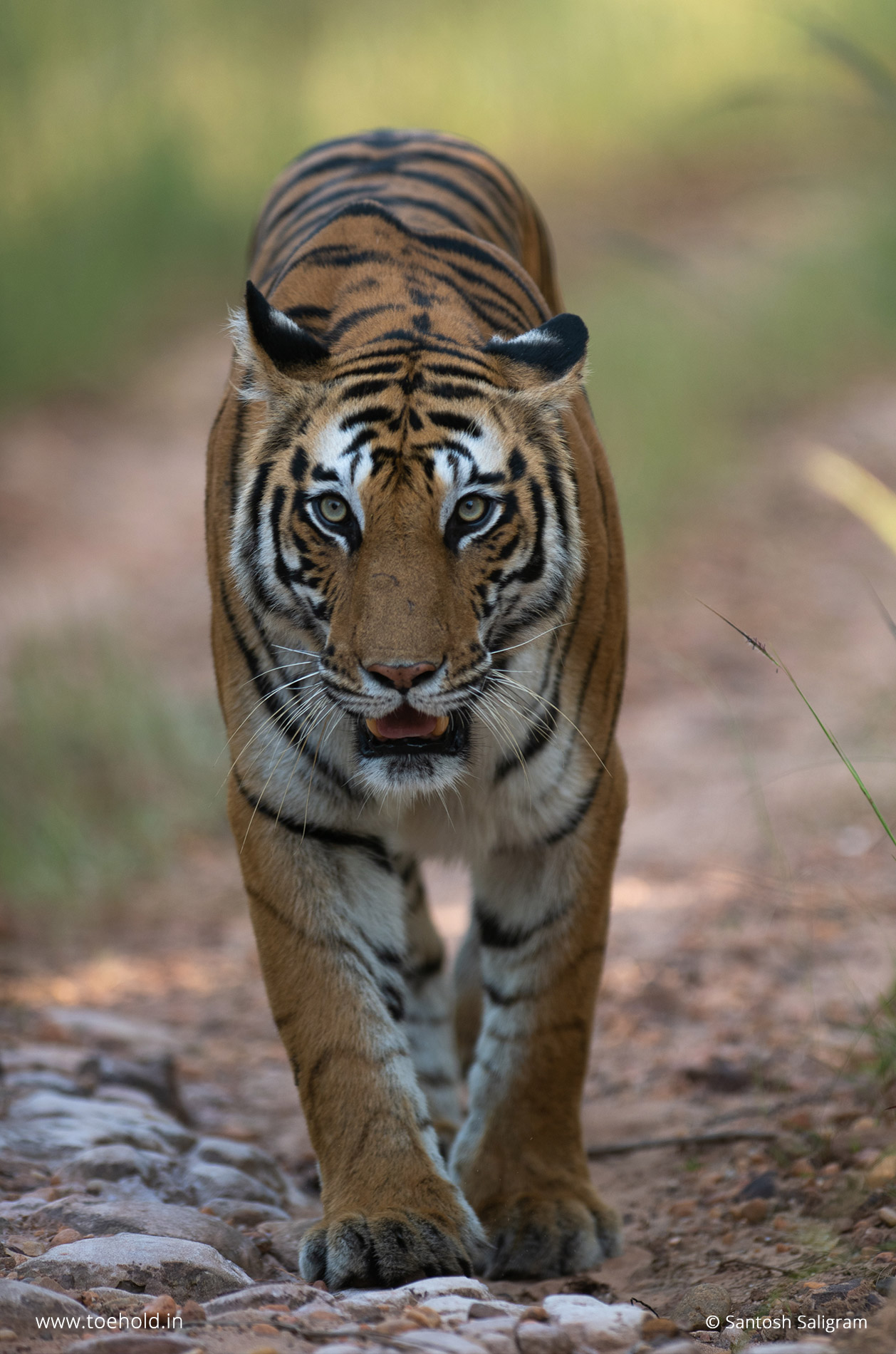 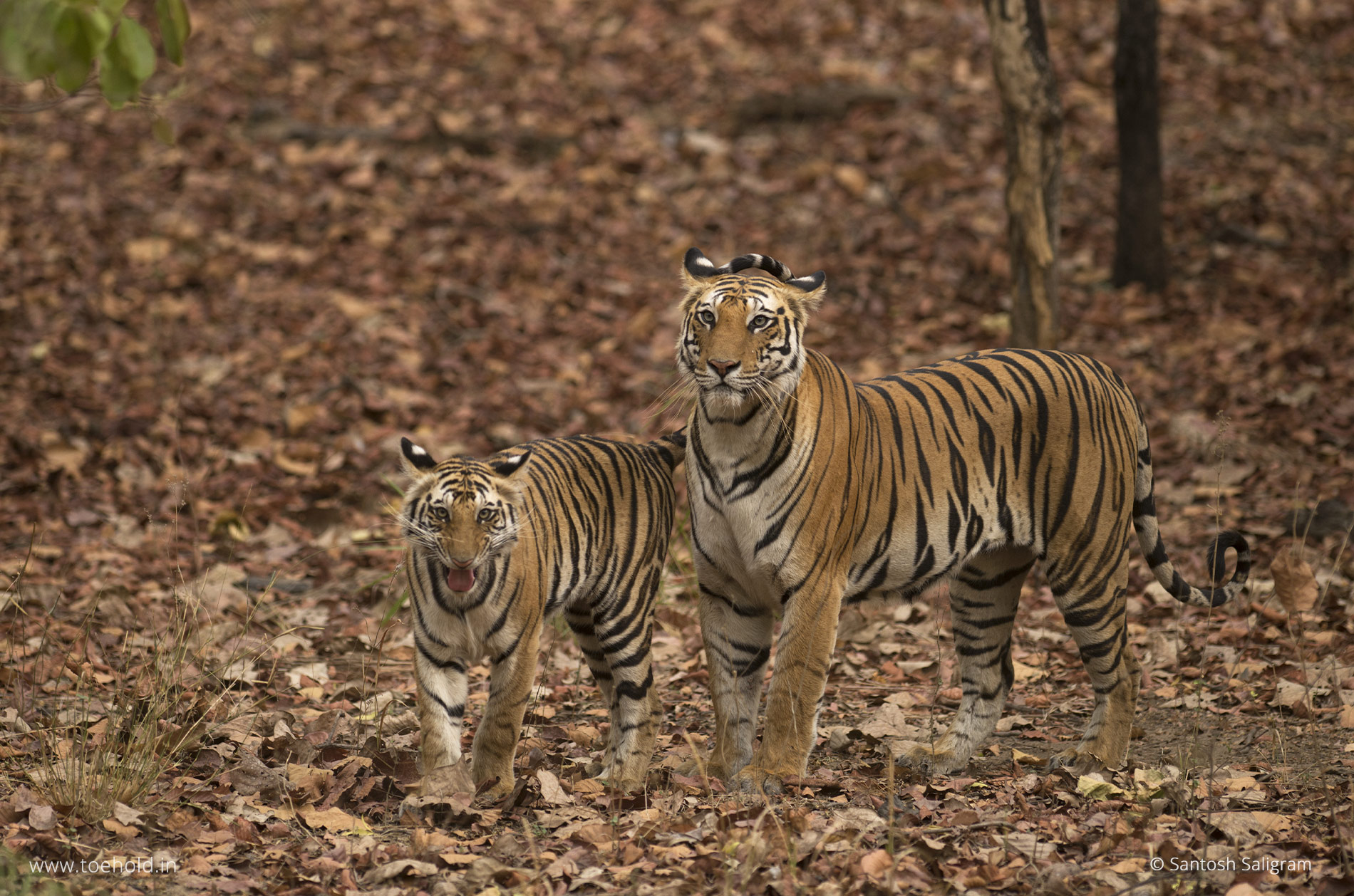 Bold and beautiful, she is seen mostly in the southern end of Tala. 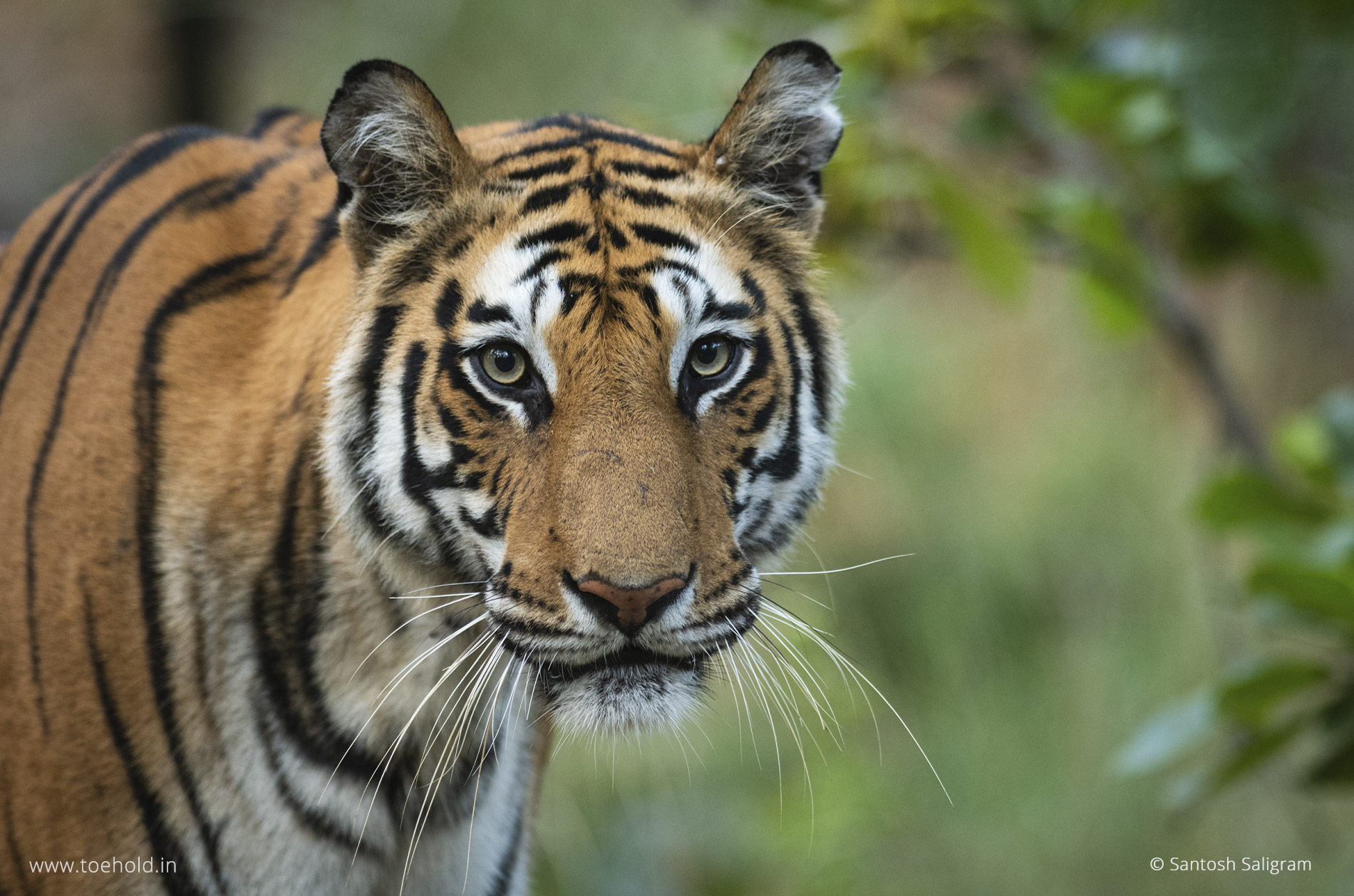 Spotty’s name derives from the ’T’ mark above her right eye. (‘Spotty’ is a corruption of ‘Spot-T’) 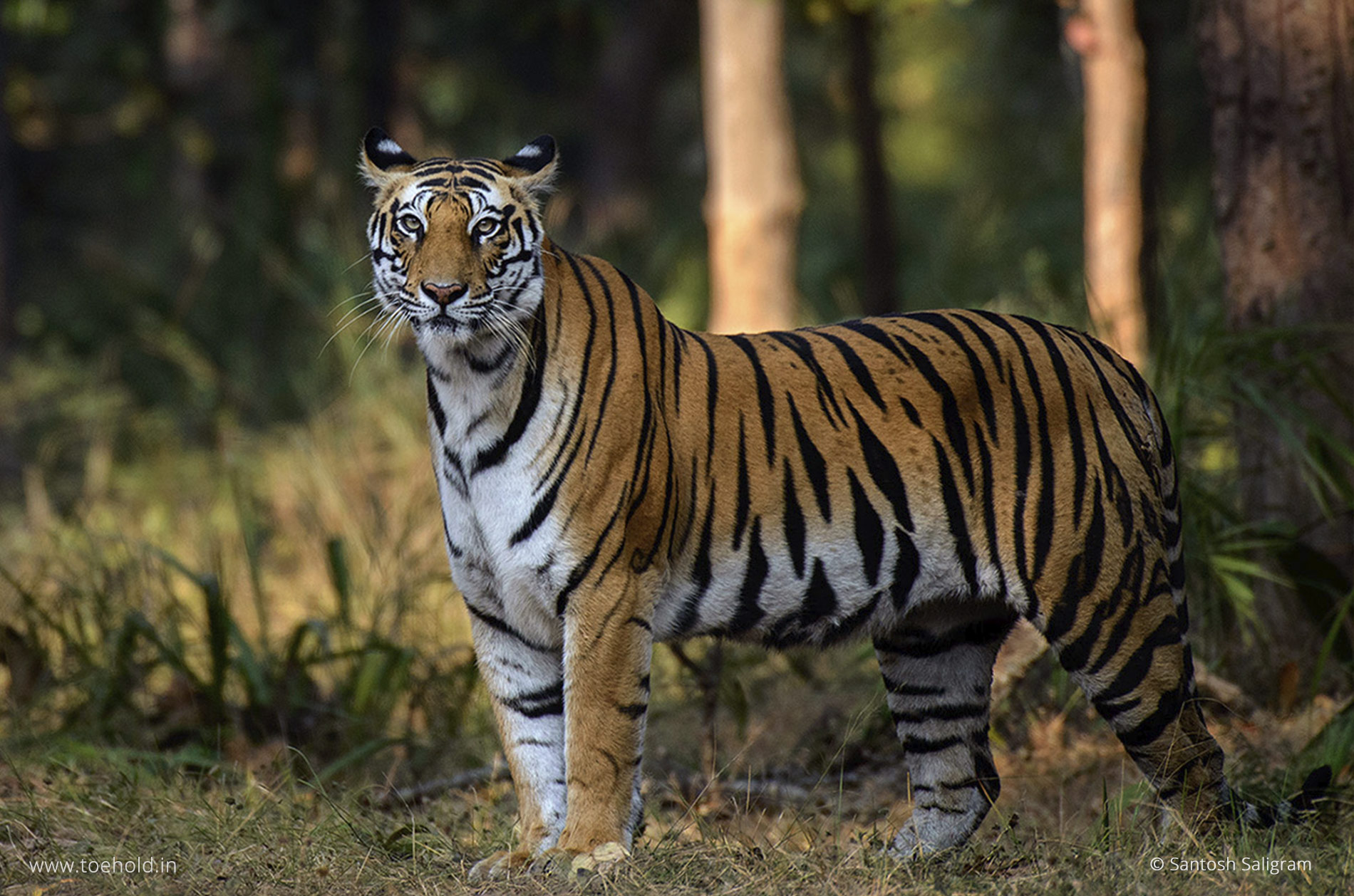 She is the daughter of another of our favourites, the Sukhi Pateeha female. 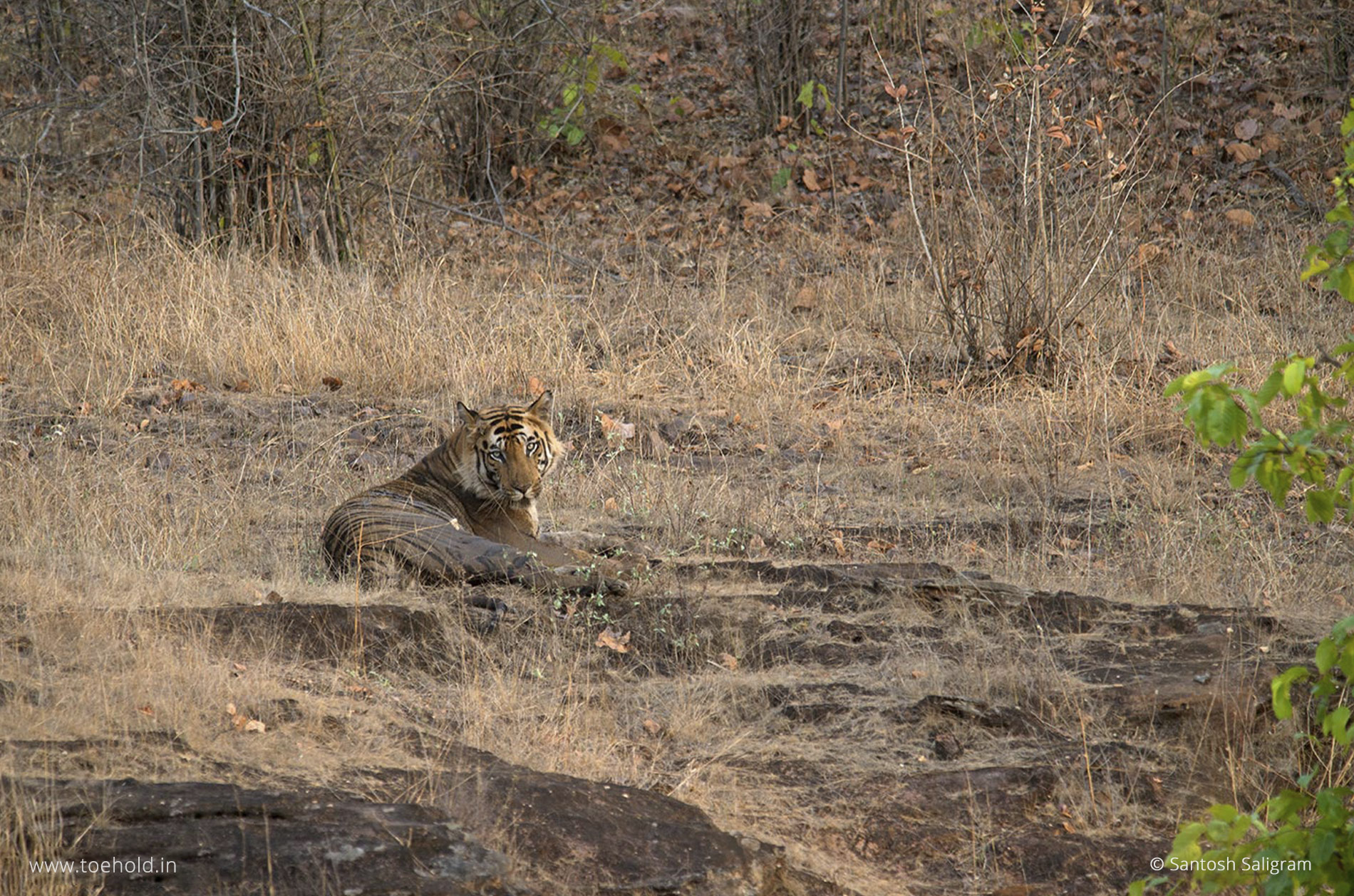 Her father was the handsome Blue Eyes. 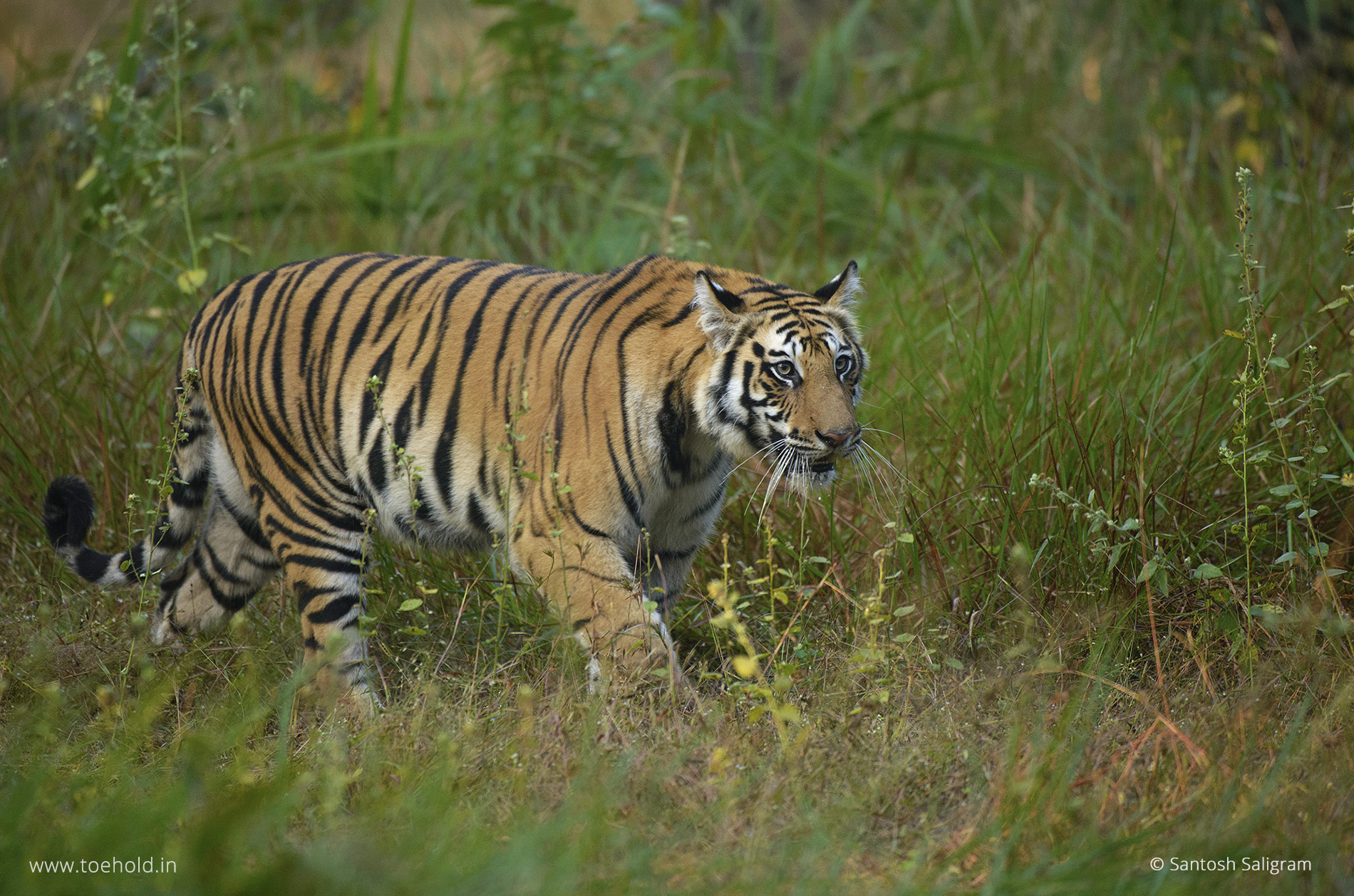 Spotty is around six years old. She was born in mid-2012 after Blue Eyes killed Pateeha’s first-litter cubs and sired his own litter. 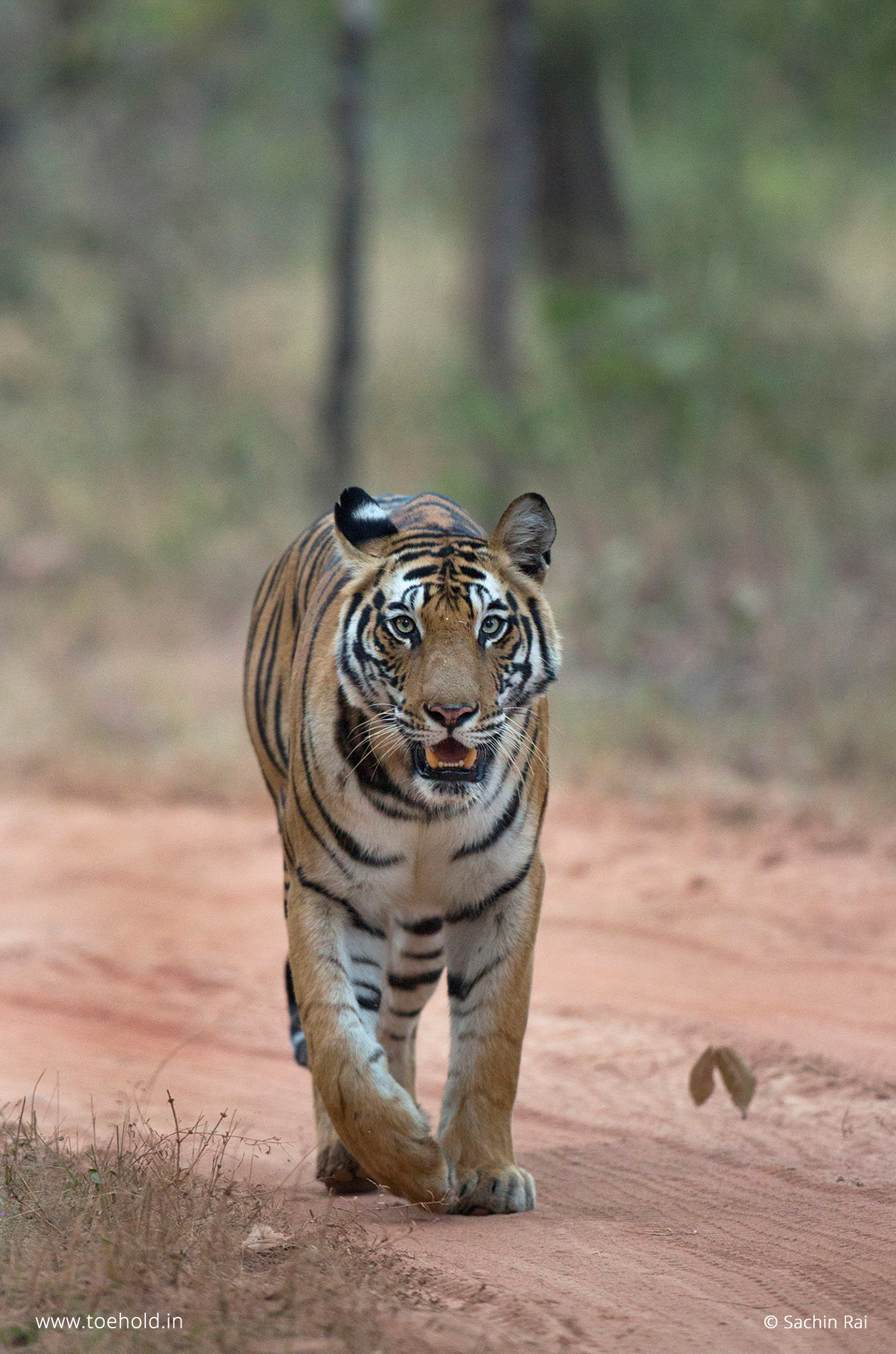 Spotty shares her litter with a sister, Dotty. 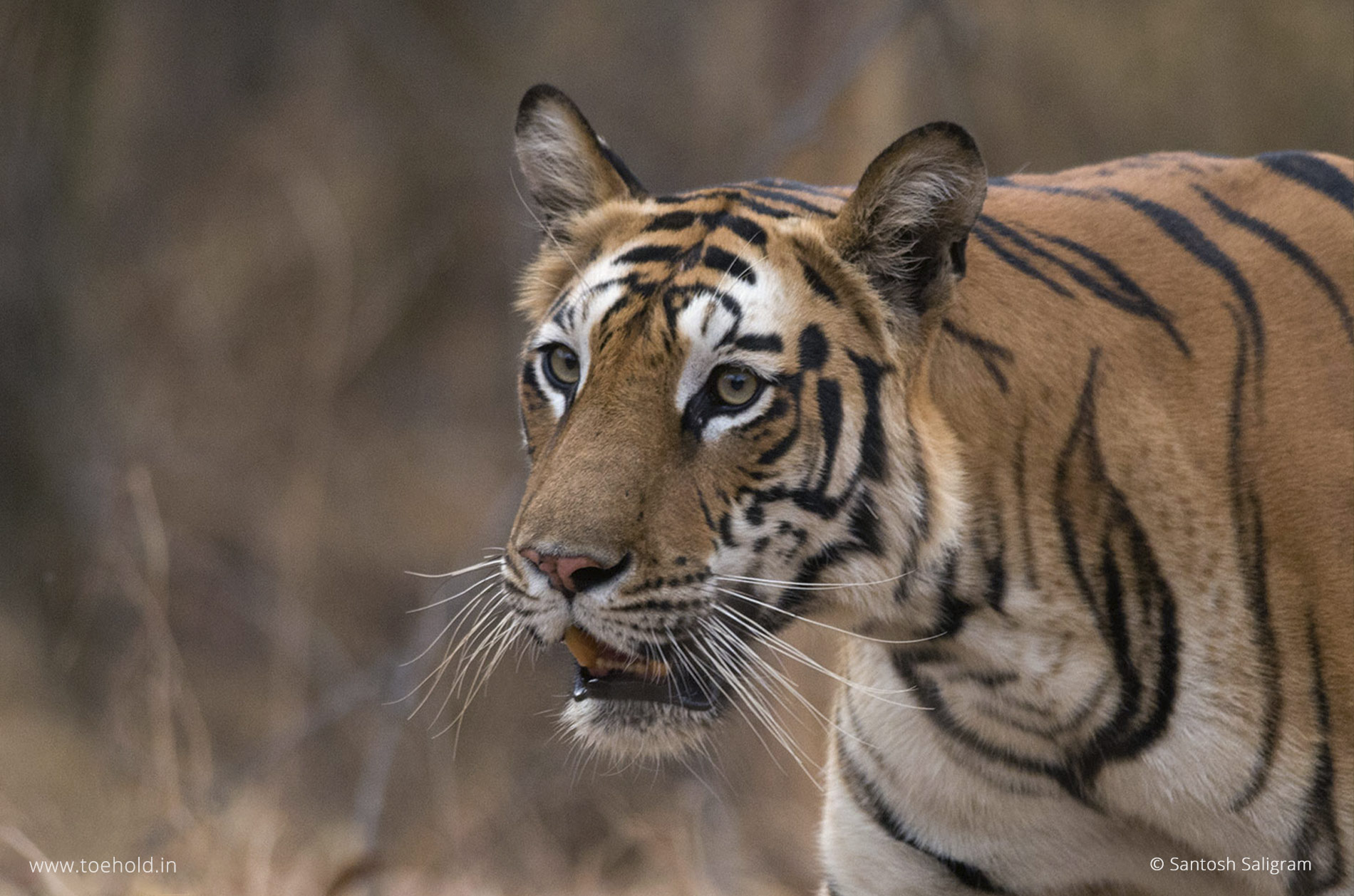 In 2015, Spotty ousted the Mirchahni female and took over much of her home range. 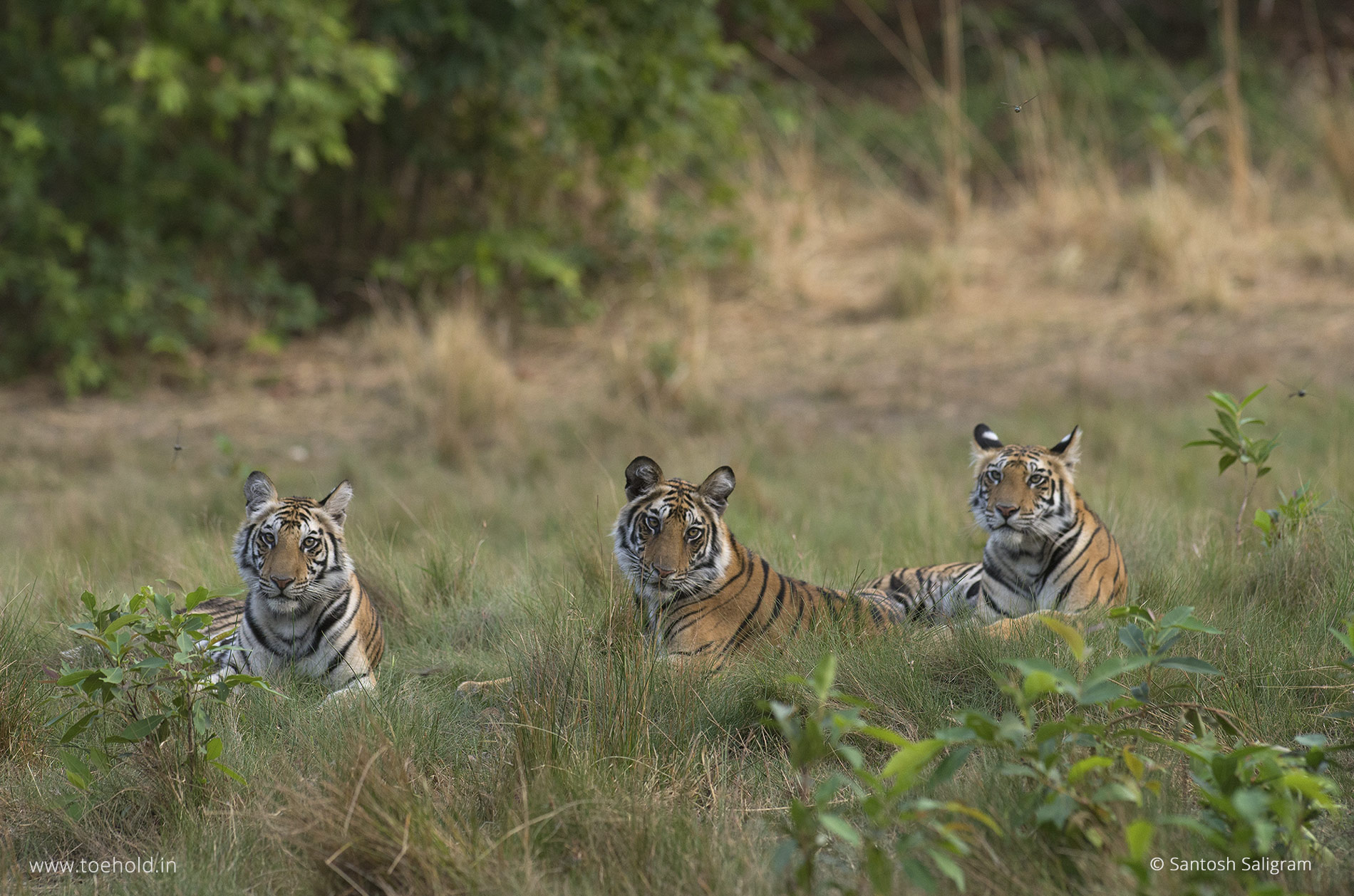 She then had a litter of three females. They’re all grown up now and moved on. 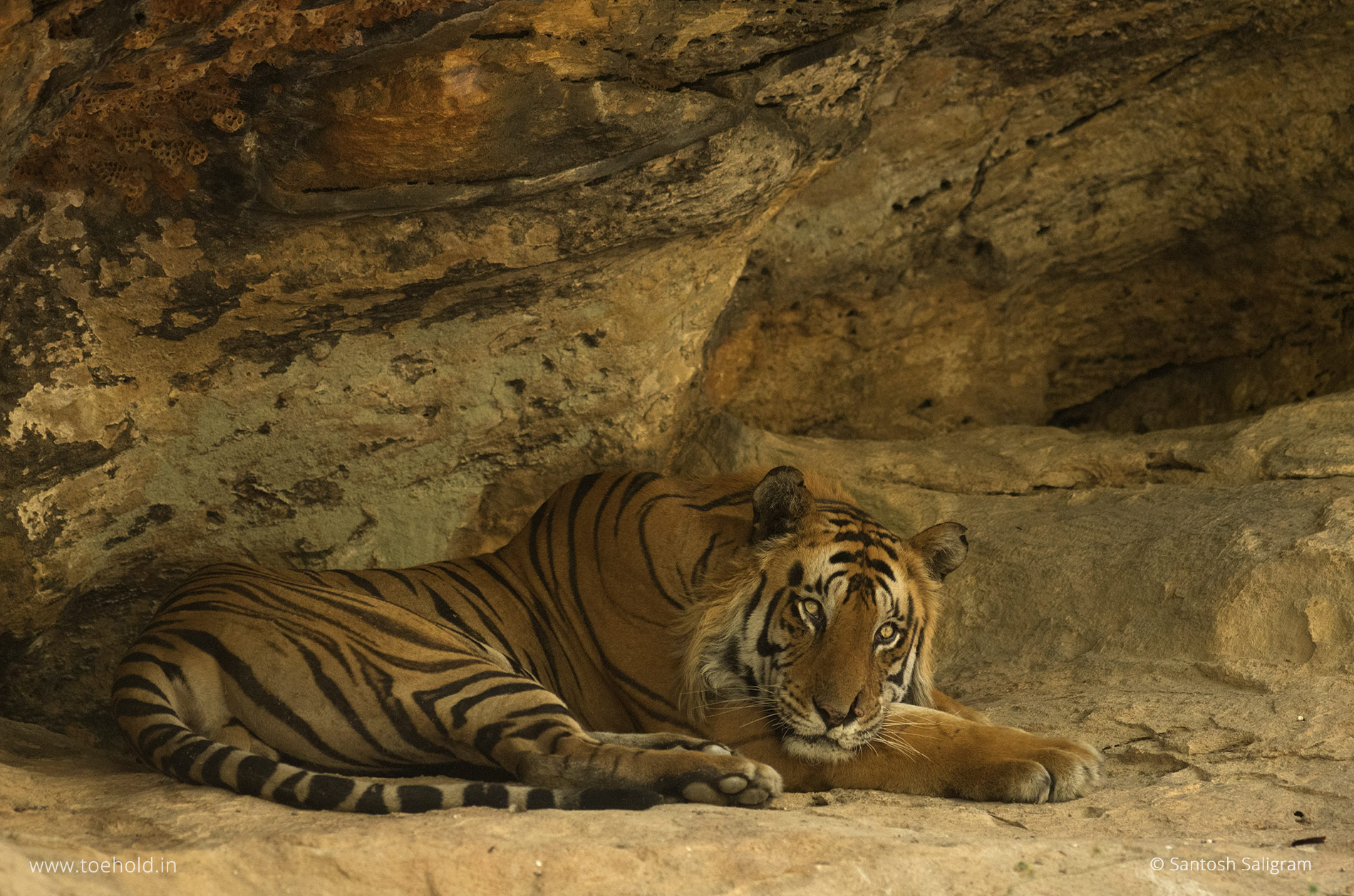 Her mate is Mangu, the dominant male of Tala. Spotty had a second litter in October 2018. A legend in the making, she promises to be the torchbearer of Bandhavgarh for a long time to come.

Join our upcoming ‘Top Cat Tryst’ Photography Tour to Bandhavgarh this May to tempt your feline luck! Sign up now!

This is the first of a six-part series on the tigers of Bandhavgarh. To read the second part on the Banbehi Female, click here.