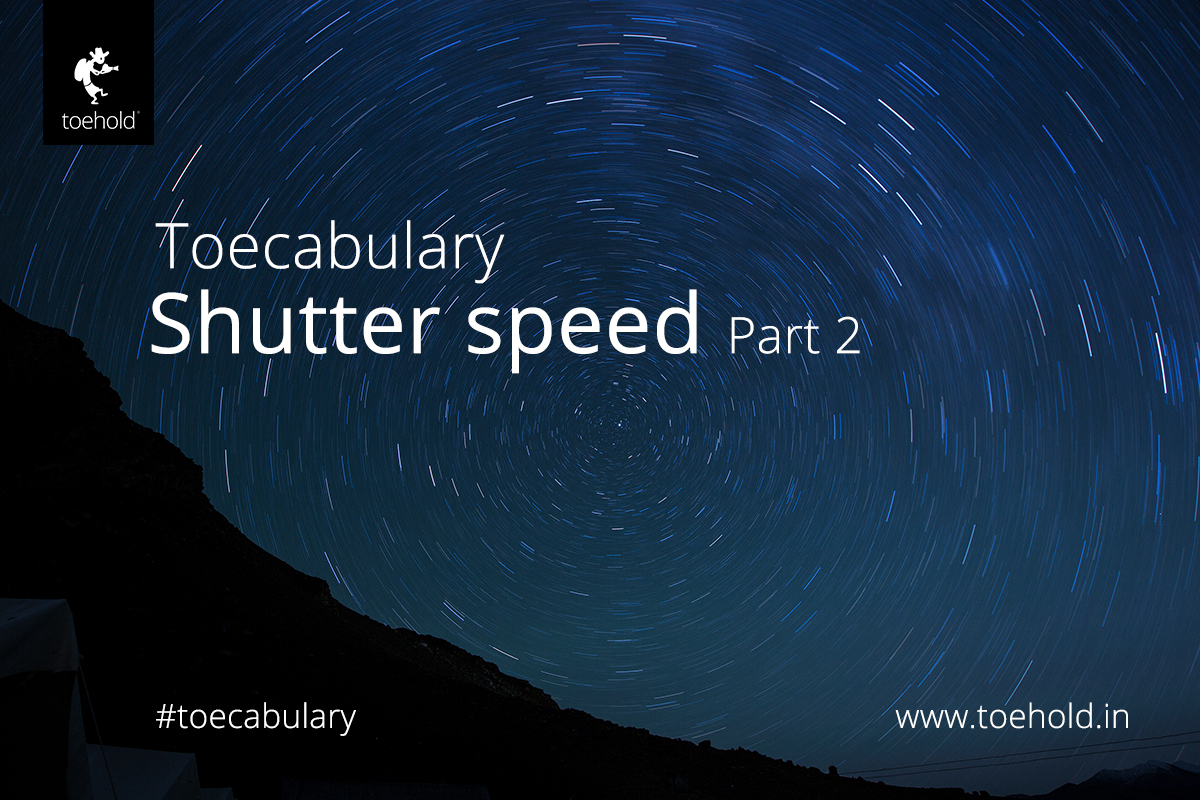 Toecabulary is the comprehensive glossary of photography terminology and techniques. Every week, you get to learn a new term defined and depicted in stunning photographs and videos. Click here if you wish to refer to this Dictionary of Photography in its entirety, or, click here to read all our weekly Toecabulary posts that discuss various concepts of photography in great detail.

The human eye cannot see flowing water as a velvety cascade, nor can it trace the movement of stars against the sky. It cannot slice off a moment of a hummingbird’s frenzied wing-flutter. But a camera can. Dramatically so. Especially when moving objects are involved.

In this frame, a gorgeous stream gurgles past the lodge we stay in during our Wildlife Photography Tour to Costa Rica. The pristineness of its flow is not perceived in all its silkiness by our naked eye. However, this effect of silky smoothness is made possible by a camera, with a slow shutter speed of 4 seconds, thus making the stream look pronouncedly serene.

From the ghats of Varanasi, two lads watch a bunch of people bathing in the holy waters of River Ganga. With a slow shutter speed of half a second, the movement of the people in the water is captured into this frame while the boys sitting still are photographed as they are. What would have otherwise been a regular scene in Varanasi, is thus making a dramatic impact as it’s caught with a slow shutter speed.

Beauty is the fruit of this waiting. The eye of a camera, in this case, has been able to tread the path of the stars with a really slow shutter speed of about 25 minutes! Keeping the North Star as the point of reference, the movement of the stars around it is thus captured in all its circular glory.

This week, we have seen the magnificence that slow shutter speed can bring to photography. Stay tuned to learn more about fast shutter speed in next week’s Toecabulary. Until then, good light!