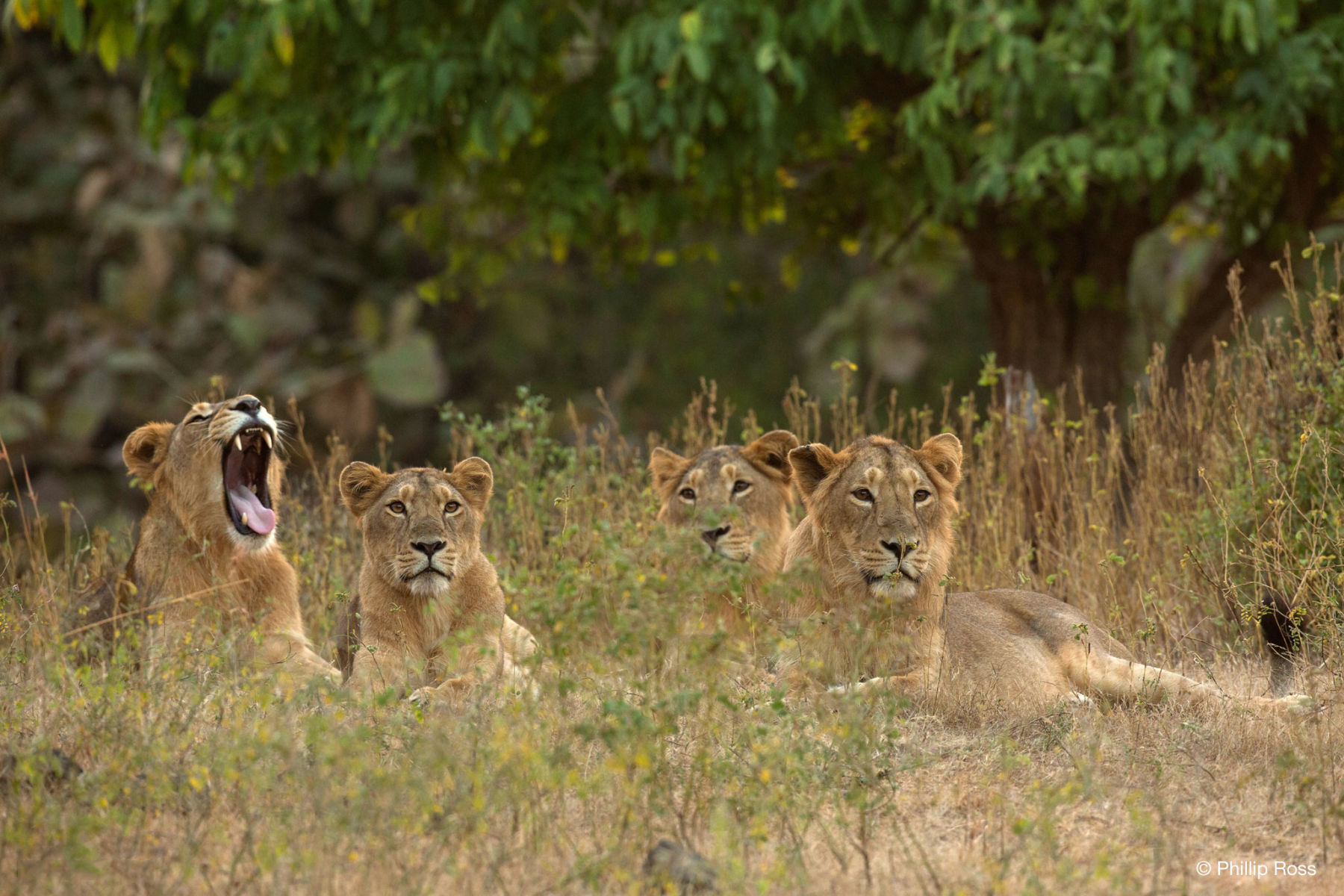 Ruddy-tawny fur speckled with black or buffish grey. Sometimes sandy. To us, this is nothing short of poetry walking. We are talking about one of the most-loved animals on the planet – the Asiatic lion, which unfortunately happens to be an endangered species.

Phylogeographic investigations have shown that phylogenetically, African lions are basal to all modern ones. The modern Asiatic lion is estimated to have separated from its African cousin about 100,000 years ago.

The male big cat, with its handsome mane, is one of the most impressive animal figures to have inspired art and to have remained as a symbol of majesty for ages. Its presence in ancient sacred Indian scriptures such as the Mahabharata vouches for this. In Hinduism, it has been associated with different Gods and Goddesses, including Vishnu and Durga. The female, however, takes away her share of adoration for being the primary hunter.

Interestingly, these are the only cats that live in groups that are called ‘prides’ (quite befitting, we think, for all the awe they inspire by just being themselves), and for this reason, the lion is our Animal of the Week.

See this rare but magnificent wild being on our Gir Wildlife Photography Tour!