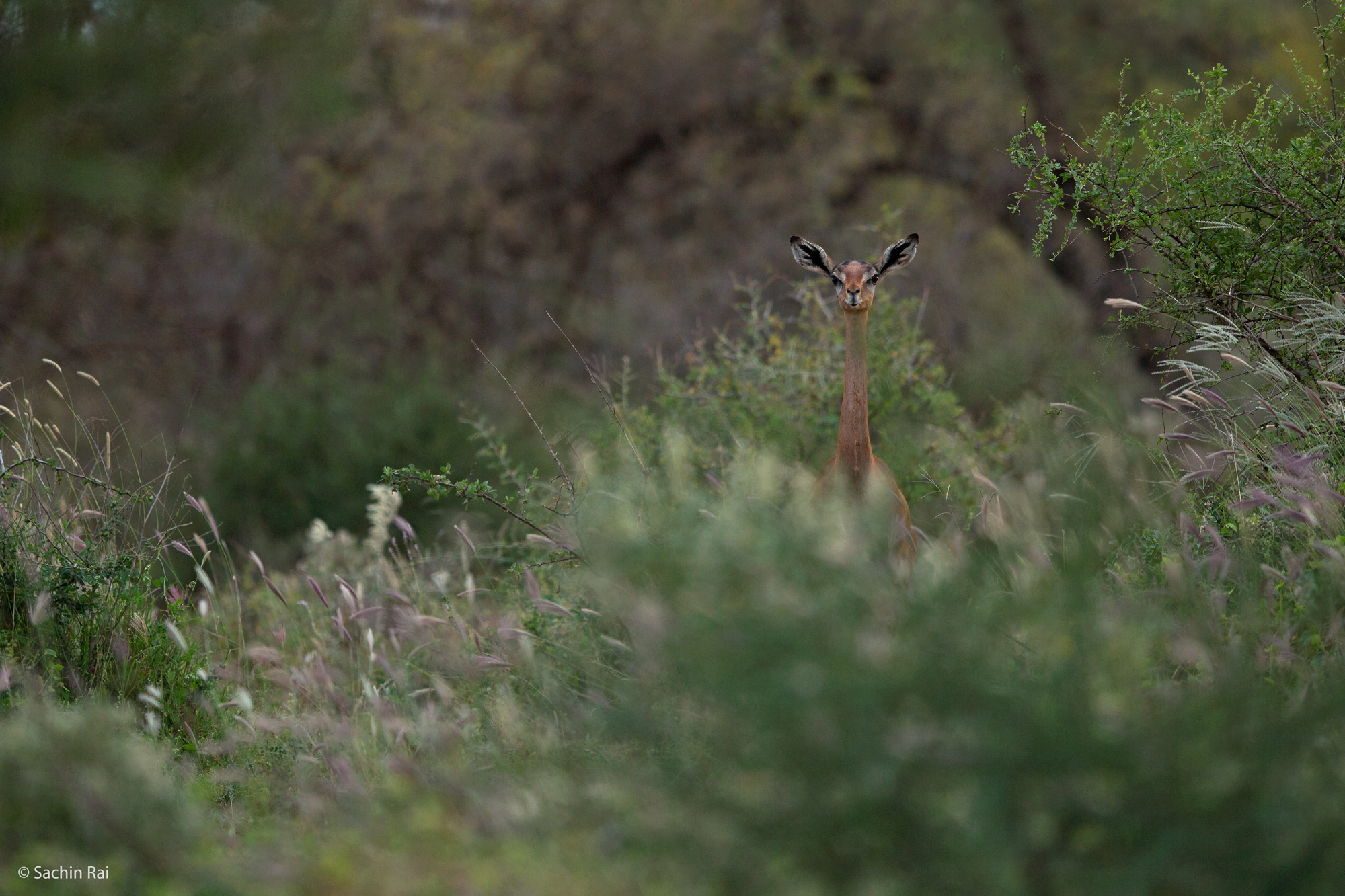 With its reddish brown back called the ‘saddle’ and much lighter flanks and the male’s lyre-shaped (‘S’-shaped) horns, the gerenuk is the heartthrob that you’ll witness outside Amboseli on our Africa Tour! It is the only member of the genus, Litocranius.

It has a flat wedge-like head; round, large eyes; and tail that ends in a black tuft. Its mouth and eyes are surrounded by white fur. It is active mainly during the day, foraging and feeding. It is not known to be a fighting and migrating species, believed to be the reasons for saving energy for foraging.

This pretty antelope mainly feeds on foliage of both trees and bushes, hers, fruits, flowers and shoots. It is not known to drink water regularly. It is known to reproduce throughout the year, and lives at least eight years in the wild.

The gerenuk is the most adorable when it stands erect on its hind limbs to reach higher branches or twigs than any other gazelle and antelope. In fact, it can also elongate its neck like a giraffe if need be, and for this long-necked feature that also earns its name, ‘giraffe gazelle’, and gerenuk itself, meaning ‘giraffe-necked’ rooted in Somali, the gerenuk is our Animal of the Week!

See this amazing antelope in Amboseli, on our next Photo Tour to Africa!