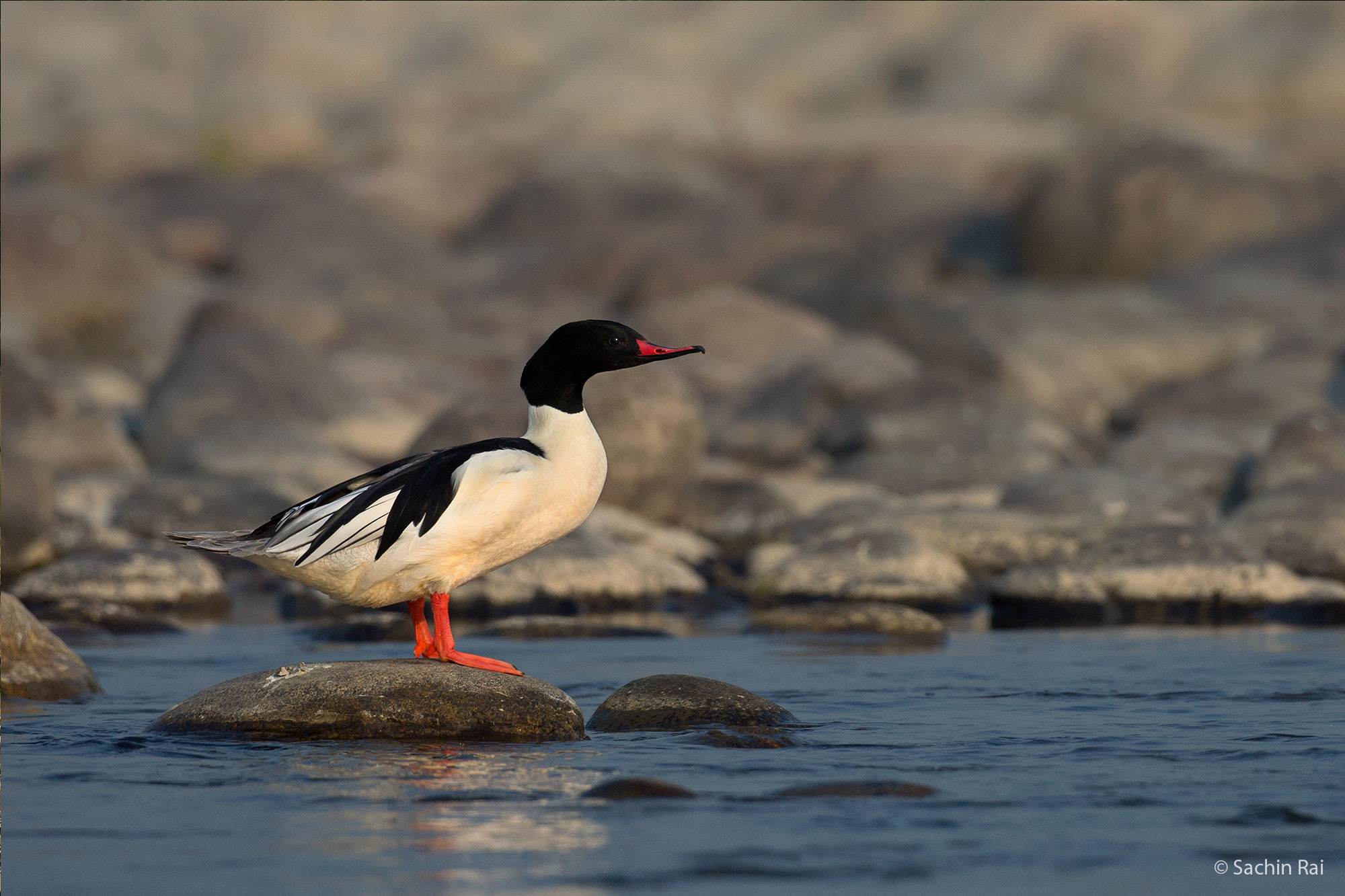 Known as the common merganser in North America and goosander in Eurasia, this beautiful large duck is of the rivers and lakes. It nests in tree cavities, and can be seen and photographed when it’s spending its time by the water bodies or the pebbly river banks in the wilderness of Kaziranga on our next Photo Tour.

Although this bird feeds mainly on fish, it also consumes molluscs, worms, crustaceans, amphibians and insect larvae. Quite rarely, it also feeds on small mammals and birds. When it is not busy diving into water for food, the goosander is seen relaxing on rocks dotting streams or swimming or floating calmly and leisurely on water, which is why it’s highly probable that you might see and photograph it. It is also known to flow down twisting round and round in the rapids; how delightful that would be to watch!

Although it takes flapping its wings for many yards to rise from water, its flight is strong and fast once it is airborne. The mother takes the ducklings in her bill to lakes or rivers immediately after hatching to feed on small fish and freshwater invertebrates.

This avian species has a bill with serrated edges that help it grip its prey firmly, earning it the name ‘sawbill’ – an interesting evolutionary detail which makes the goosander our Animal of the Week!

See this wonderful animal on our next Wildlife  Photography Tour to Kaziranga!