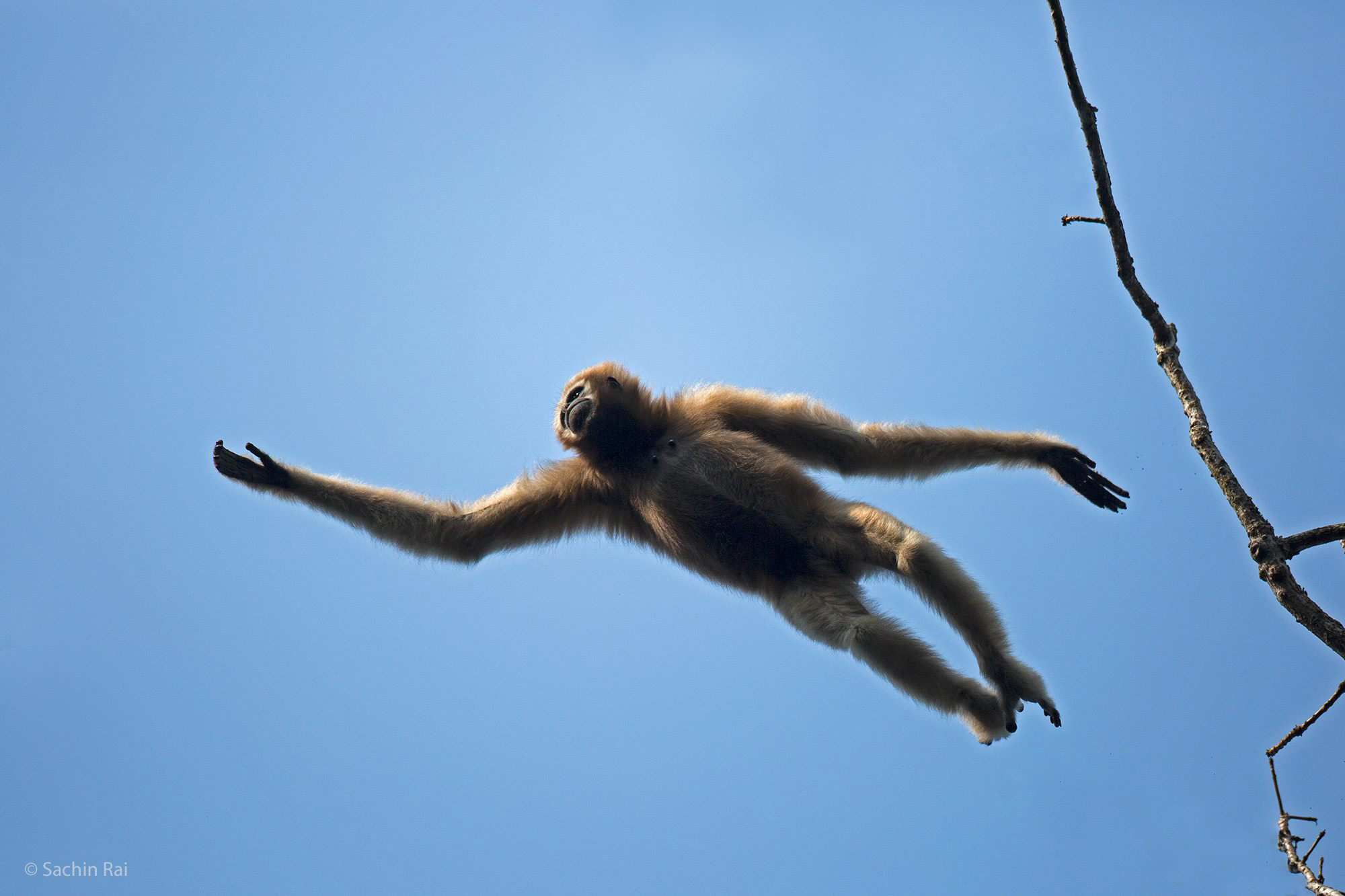 While the male has black fur covering its body, the female has a brown or buff-coloured body. The remarkable white eyebrows and rings around its mouth make it look like a mask-wearing monkey. The life expectancy of this gibbon in its natural habitat is about 25 years.

The mammal, too, like the other gibbons, is diurnal and arboreal. Its diet mainly consists of fruits, leaves and insects. Watching and photographing it in the dense forests of Assam is a one-of-a-kind experience for a wildlife enthusiast in the wild. Seeing it brachiating through the tree-branches with its long arms is a unique experience you wouldn’t want to miss for the world.

One of the most poignant details about this monkey’s life that’s most relatable to us humans is how it live together in monogamous pairs throughout its life. And we cannot think of a better reason than this for it be our Animal of the Week!

See this wonderful animal on our Wildlife Photo Tour to Gibbon.