Animal of the Week: Humpback Whale 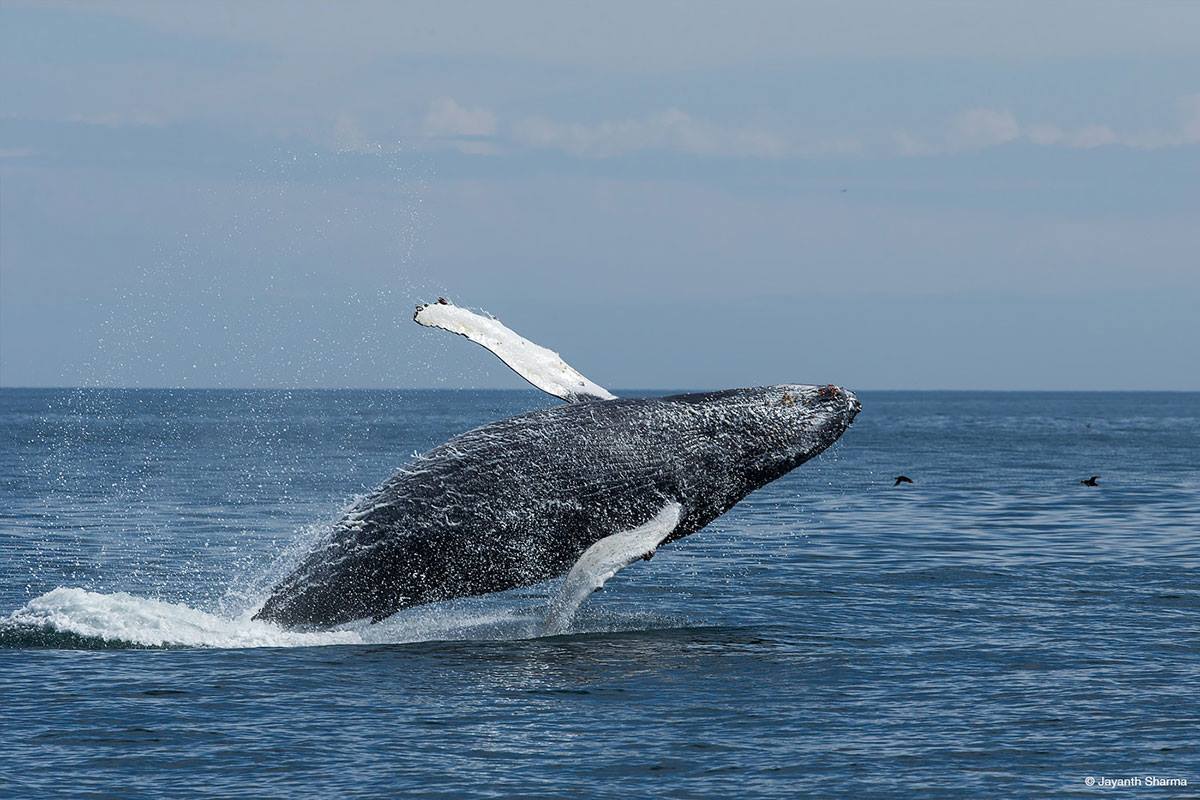 With its adorable knobbly head, the obvious hump and long pectoral fins, the humpback whale in Kamchatka, Russia is a spectacle you don’t want to miss on your marine expedition there. For whale-watchers, it is a delight as it’s known for a range of surface spectacles including breaching, as seen in this sensational picture among other breathtaking surface behaviours.

The humpback whale is the sole member of its genus and a powerful hunter. It feeds mainly on krill and small fish including salmon and herring. Like many other whales, it can be injured by excessive noise, and even though whaling is a reduced threat now, individuals are still vulnerable to entanglement in fishing equipment as well as collision with ships. This whale is known to be a friendly species and has been seen interacting with bottlenose dolphins and right whales. Interestingly, the tail of each humpback whale is unique quite visibly! The humpback whale hunts in summer and can live off fat reserves during winter.

Only half of the humpback whale’s brain is known to sleep at one time, while the other half takes care of the surface-blow-dive process without disturbing the other half one bit, and because of all this brain power, it is our Animal of the Week!

See this amazing whale on our Kamchatka Photography Expedition.