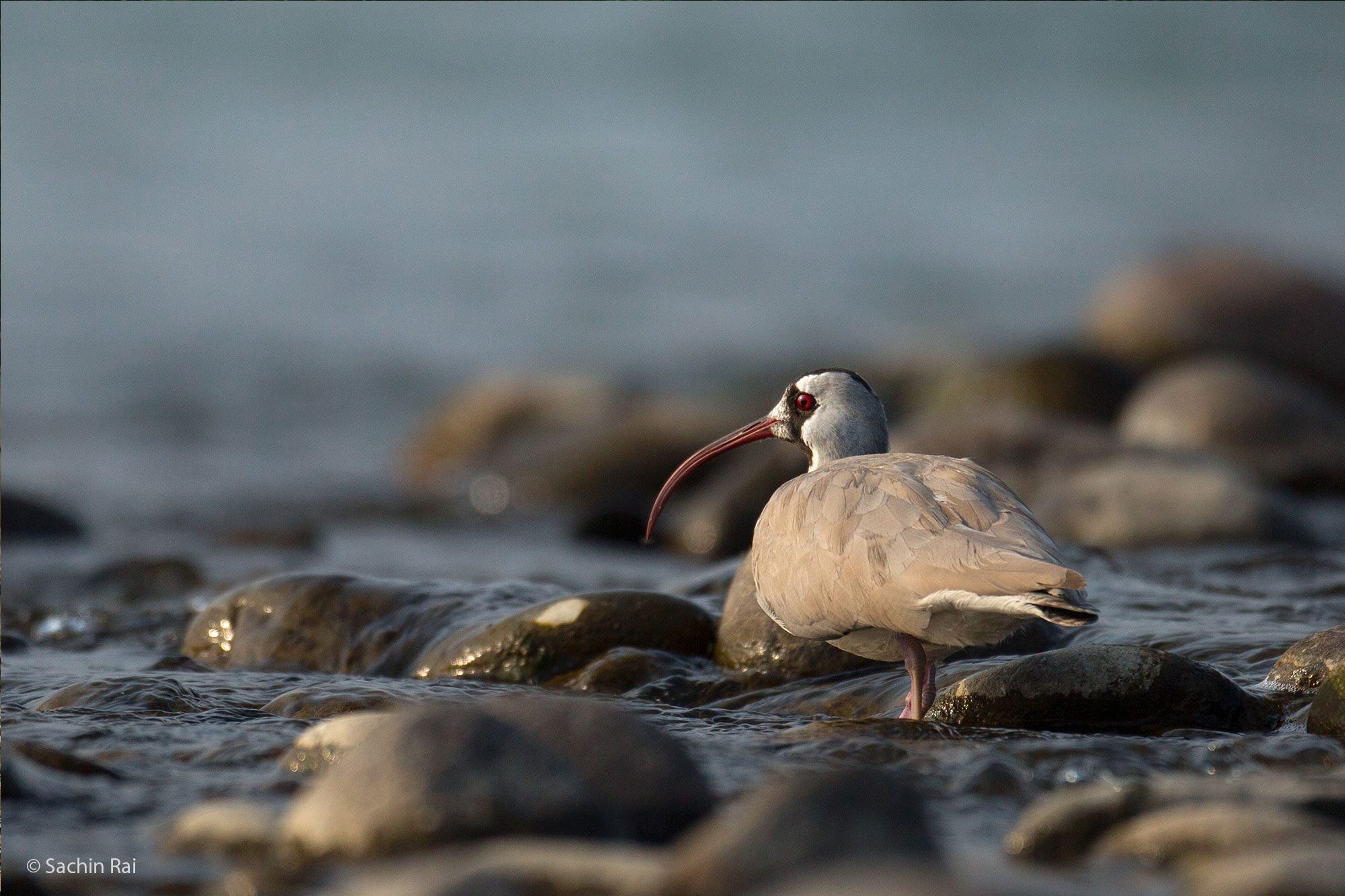 If a bird with its red long down-curved bill and legs, white belly and grey wings, black breast band and face is working its charm on you while you are in Kaziranga, you are looking at an ibisbill, a relative to the waders.

Inhabiting the shingle riverbanks of the Himalayas and few other parts of central Asia, the ibisbill, quite unmistakable in looks, looks like an ibis in flight, with its rounded wings and outstretched neck. It is a solitary bird and is no shy of humans (you could photograph this bird to your heart’s content when you see one on our Kaziranga Photo Tour!)

This lovely avian being feeds mainly on aquatic and terrestrial invertebrates, including the mayfly larvae and caddisfly that typically hide beneath the boulders. It also feeds on small fish and grasshoppers.

Here’s something that’s heartbreakingly adorable about this bird — when it has to scratch the feathers on its head with its toes, it reaches from over the wings! Quite a fun sight for certain, whose light-hearted nature makes the ibisbill our Animal of the Week!

See this wonderful animal on our next  Wildlife Photography Tour to Kaziranga!