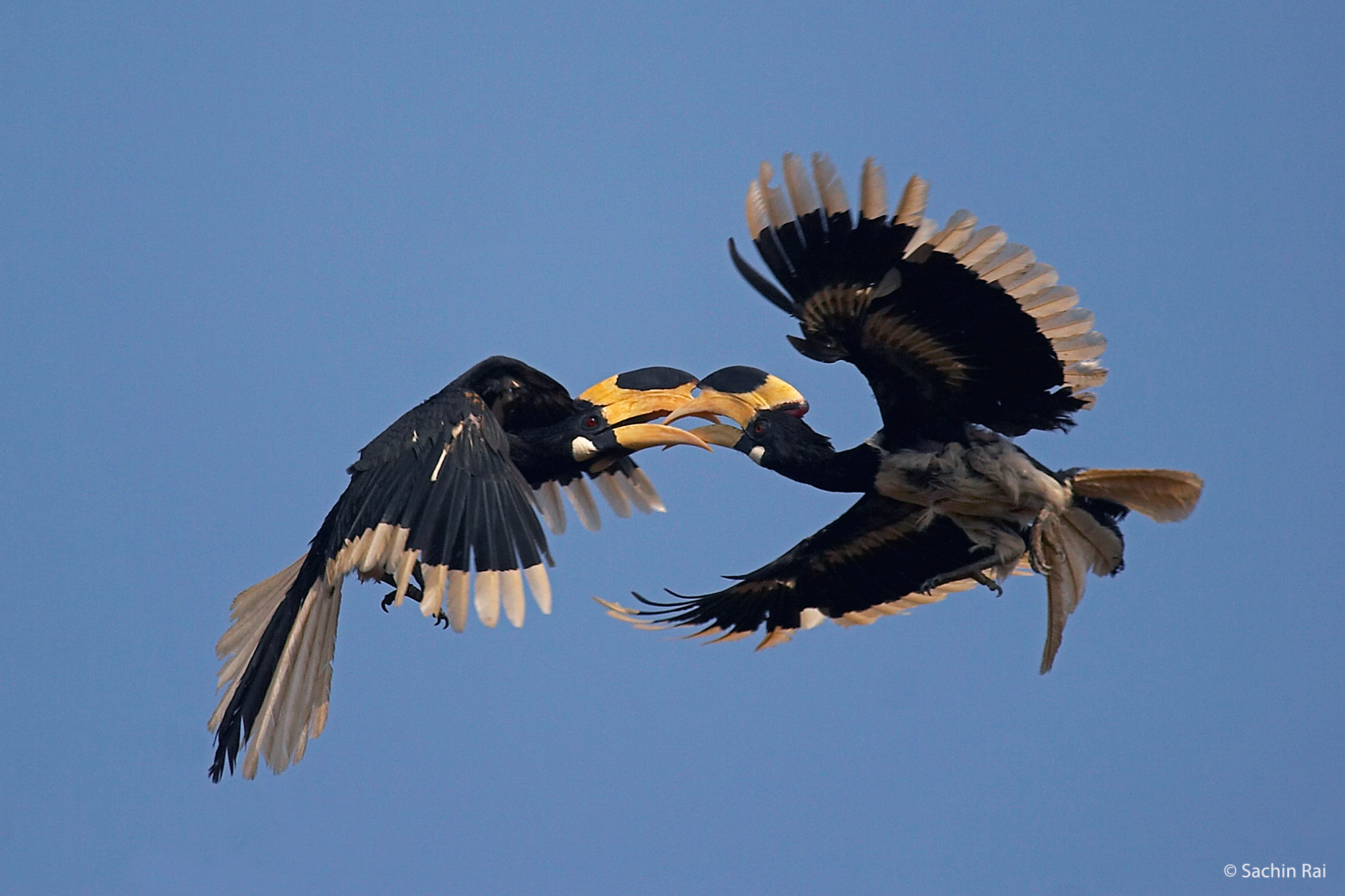 Also known as the lesser pied hornbill, the Malabar pied hornbill is the one you must be excitedly looking out for in the forests of Bandhavgarh this November. That’s the northernmost border of this bird’s dwelling in India. It belongs to the family of tropical near-passerine birds recognised in the Old World.

Inhabiting the evergreen and moist deciduous forests, this hornbill is a large bird with black plumage and white belly. It has a large yellow bill, a spectacular feature, and a black casque. Some tribal peoples in central India are known to believe that hanging this hornbill’s skull brings them wealth.

The female lays eggs in a tree hole and covers it cautiously with mud, fruit pulp and droppings, leaving only a narrow aperture so that the male can transfer food to the family. She gets out the whole and joins the male in feeding the chicks only after they grow too large to fit into the nest. A heartrending fact is that, during incubation, if something happens to the male, the whole family suffers devastating consequences.

The Malabar pied hornbill is omnivorous, and feeds mainly on fruits, insects, and small mammals and birds and reptiles. It kills and swallows the prey whole. 60% of its diet, though, is figs, especially during breeding. Interestingly, this beautiful bird feeds on other fruits, including those that are toxic to many other vertebrates. And for this reason, the Malabar pied hornbill is our Animal of the Week!

See this amazing bird on our Bandhavgarh Wildlife Photography Tour!