Animal of the Week: Proboscis Monkey 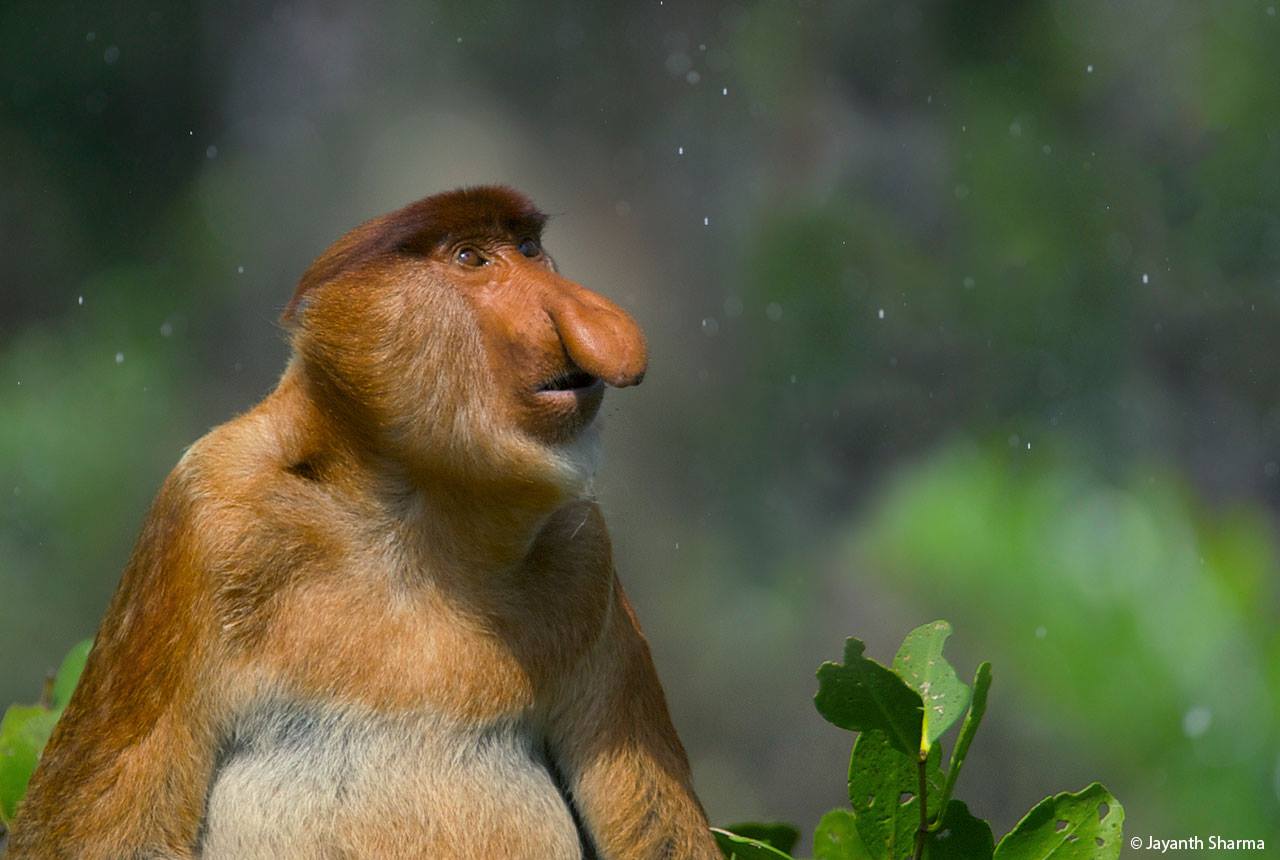 Also known as the long-nosed monkey, the endangered proboscis monkey is called ‘The Dutchman’ by the Indonesians. Its conspicuously large nose can exceed 4 inches in length (in male) and hangs lower than its mouth! This rather wise-looking primate is a rare and endemic species you don’t want to miss on your Photo Tour to Borneo!

The proboscis monkey has a long coat and the colour of its fur can range from reddish brown to bright orange to brick-red or yellowish brown. Both sexes have bulging stomachs. It generally lives in groups, and to communicate, it is known to make various vocalisations. As a folivore and frugivore, the proboscis monkey mainly feeds on fruit and leaves. It also feeds on seeds, flowers and sometimes on insects. It dwells in lowland habitats and favours mangrove and riverine forests. It is hunted by clouded leopards, crocodiles, eagles, pythons and monitor lizards. There has been a considerable decline in the population of the proboscis monkey due to ongoing habitat loss – oil palm plantations and logging – and hunting.

Perhaps the most aquatic of the world’s primates, this stately simian can swim several metres underwater and even cross rivers amid short-haul flights between treetops, proving that a pot-belly is no barrier to an active lifestyle on land, under water and in the air. And for this reason, the proboscis monkey is our Animal of the Week!

See this amazing monkey on our Borneo Photography Tour.