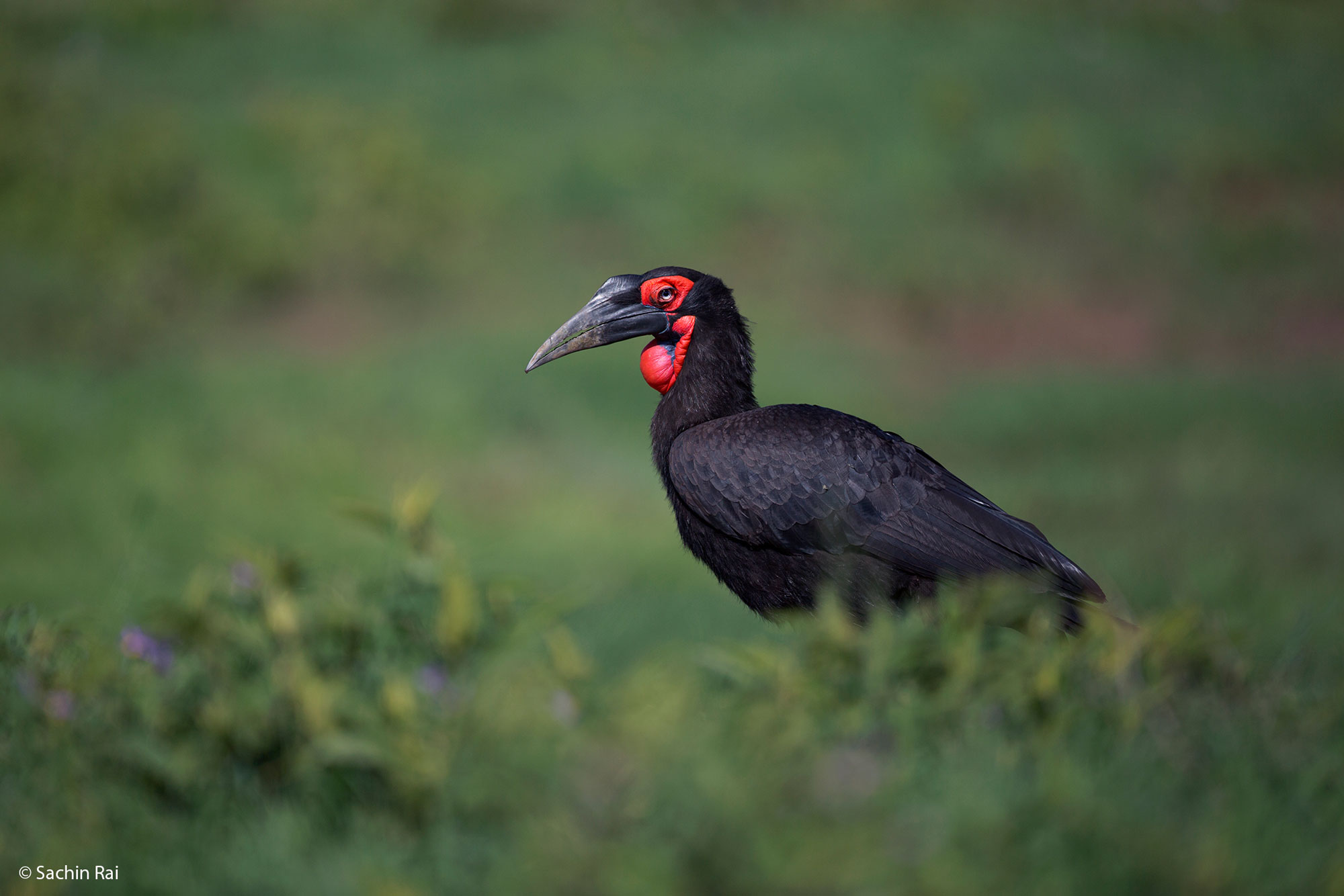 Its black colouration, with bright red patches of bare skin on its face, makes it a handsome bird to be framed into some evocative photographs. Found in the savannahs of Africa, the southern ground hornbill, as the name suggests, is a ground-dwelling bird. It is one of the two species of ground hornbill (the other one being the Abyssinian ground hornbill).

For nesting, however, this bird needs large trees. It looks out for food in short but dense grass, and is known to be almost exclusively carnivorous – feeding on frogs, reptiles, snakes, and even mammals like hares. However, it is rarely seen to drink. A vulnerable species on the IUCN list, this avian creature is very vocal in groups – they make contact by calls in loud chorus that’s heard at distances up to 3 kilometres.

It has also gained significance in several traditional African cultures with its large size and loud voice. In southern African cultures, it was a symbol of the onset of the rainy season.

For being one of the long-lived birds of the world, and the largest species of hornbill, the southern ground hornbill is our Animal of the Week!

See this handsome bird in Kenya, on our next  Harvest in the Savannah Photo Tour to Africa!