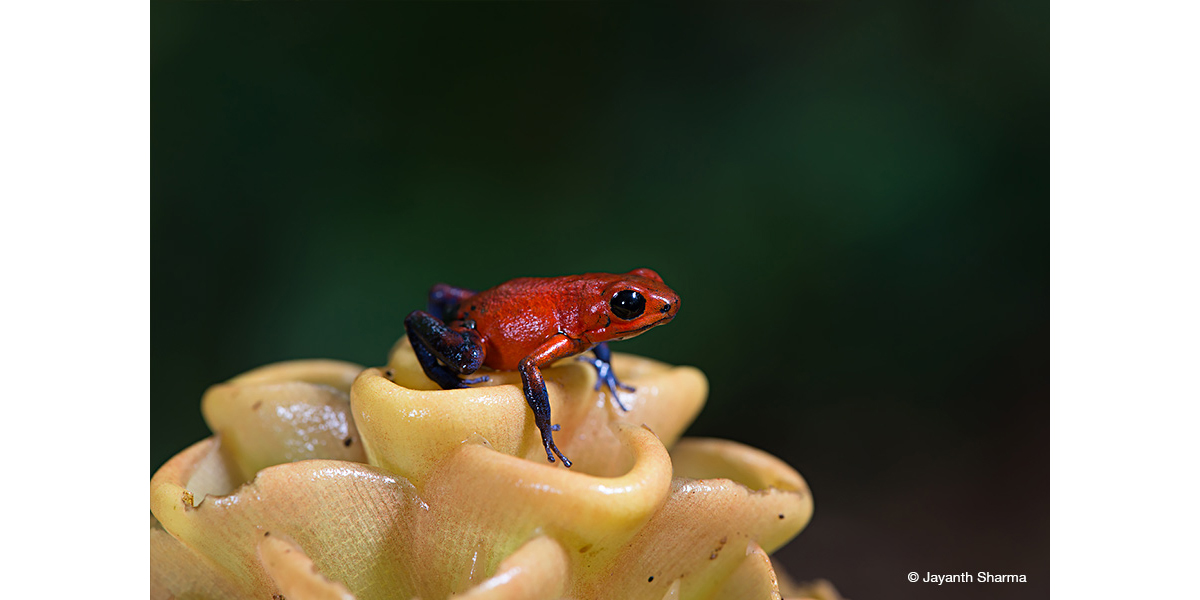 In the abundance of inky green shades of the Costa Rica forests, this small creature makes his presence felt strongly by the striking shade of its glossy body. And to watch and capture the strawberry poison-dart frog into breathtaking frames is something a wildlife photographer must be looking for in this part of Central America.

It is known to inhabit humid lowlands and premontane forest, but large populations are also reported to have been found in plantations. O. pumilio’s diet makes its skin toxic, when certain types of mites and ants are ingested; it is the most toxic frog of its genus. Organisms preying on this dart frog are known to experience convulsions, paralysis, and death upon the ingestion of Pumiliotoxin 251D.

During tadpole-rearing, mother dart frog feeds her young ones an unfertilized egg from their ovaries. This happens after she drops each individual tadpole into a repository of water found generally in a bromeliad. The strawberry dart frog is diurnal and mostly terrestrial. It’s often found in leaf litter. The male frog is known to be extremely territorial while the females and juveniles are relatively more sociable.

The most common colour morph is called the blue jeans morph. The strawberry poison frog is probably most popular for its vast variation in colouration. It comprises about 15–30 color morphs and most of them are believed to be true-breeding! For this reason, this gorgeous frog is our Animal of the Week!

See this spectacular frog on our Wildlife Photography Tour to Costa Rica.