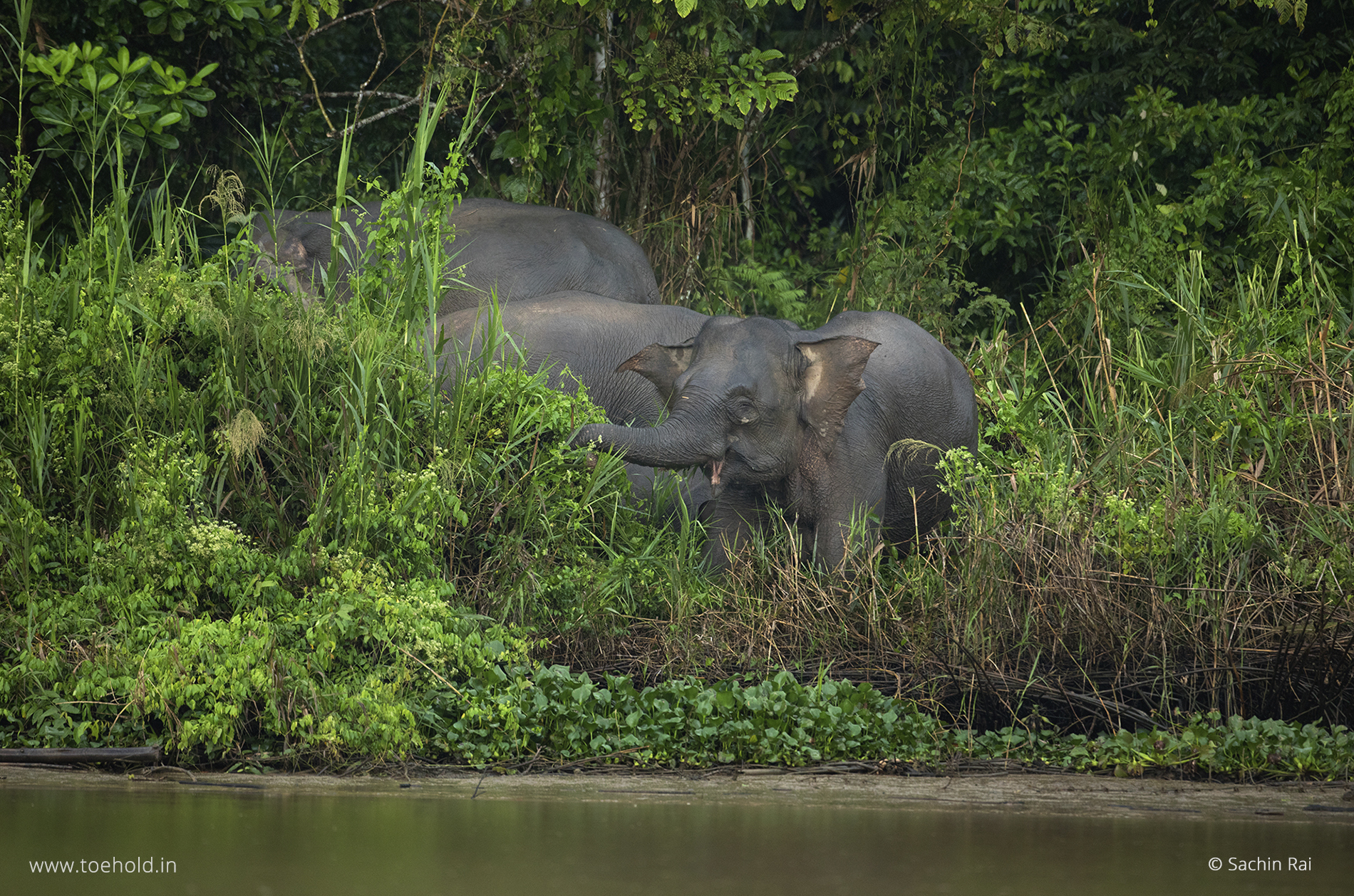 Seeing the Borneo elephant in the dense forests of Borneo is an image you are likely to remember for a long, long time. This subspecies of the Asian elephant is listed as Endangered on the IUCN Red List, which makes a sighting that much more special.

Asian elephants are generally smaller than African elephants. Although adult elephants of both genders are similar to the height of their counterparts in different parts of Malaysia, it has become a practice to call the Borneo elephant as the ‘pygmy elephant’. Some scientists think the pygmy elephant has descended from a domestic collection as it is known to be passive and tame.

The population of this species of elephants is threatened mainly by habitat loss, fragmentation and degradation. The Borneo elephant is protected under the Wildlife Conservation Enactment of Malaysia.

Although the origin of this elephant has been widely debated on, it is widely known to have been released to the jungles of Borneo from being held captive by the royal clans. And for having adapted to the wild and warranting its recognition as a separate evolutionary significant unit, the Borneo pygmy elephant is our Animal of the Week!

See this adorable elephant on our ‘Rainforest Revelation‘ Wildlife Photography Tour to Borneo!