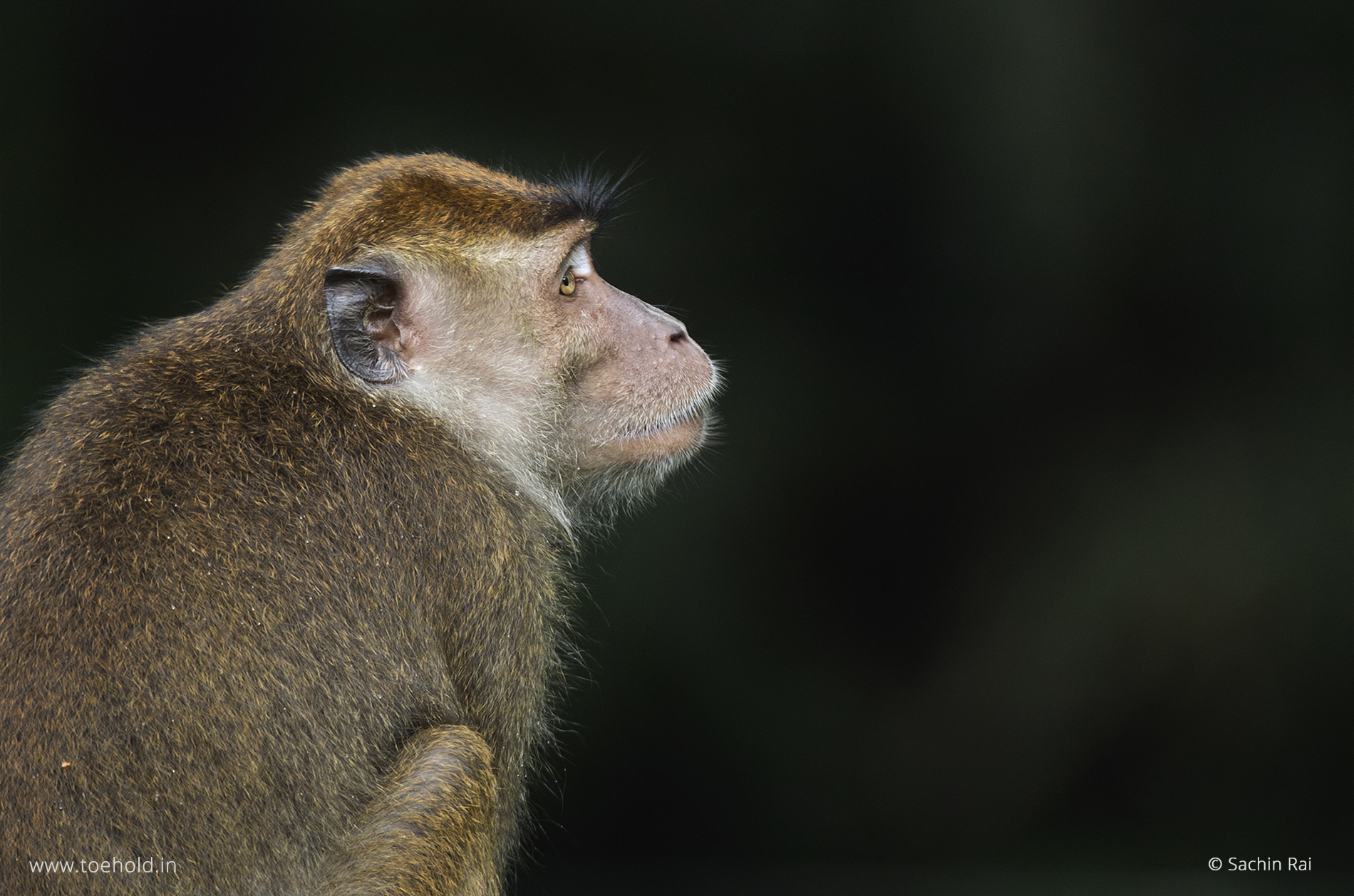 Also referred to as the long-tailed macaque, the crab-eating macaque is one of the primates endemic to Southeast Asia. Its tail is longer than its body and helps for balance when it jumps distances as long as 5 metres and hence the name. It is called the cynomolgus monkey in laboratories.

This macaque often forages beaches for crabs, but it an omnivorous monkey that feeds on a variety of animals and plants. In Thailand, it is called ‘mangrove monkey’ as it lives and forages in mangrove forests. It lives in social groups which have fewer males than females. The group living is known to be maintained mainly as a safety measure against predation.

The crab-eating macaque, unlike other primates, can spit large seeds out. This ability is thought to be adaptive because it avoids filling its stomach with wasteful big seeds that cannot even be used for energy. And an interesting detail connecting this macaque with humans is that it can easily adjust to human settlements and is considered sacred at some Hindu temples.

Apart from using the incisors and canine tooth, the crab-eating macaques in Thailand and Myanmar are known to use stone tools to crack open hard nuts, snails and oysters, and to wash and rub food like potatoes, papaya leaves and cassava roots. And for this intelligence it possesses, the crab-eating macaque is our Animal of the Week!

See this macaque on our ‘Rainforest Revelation‘ Wildlife Photography Tour to Borneo!