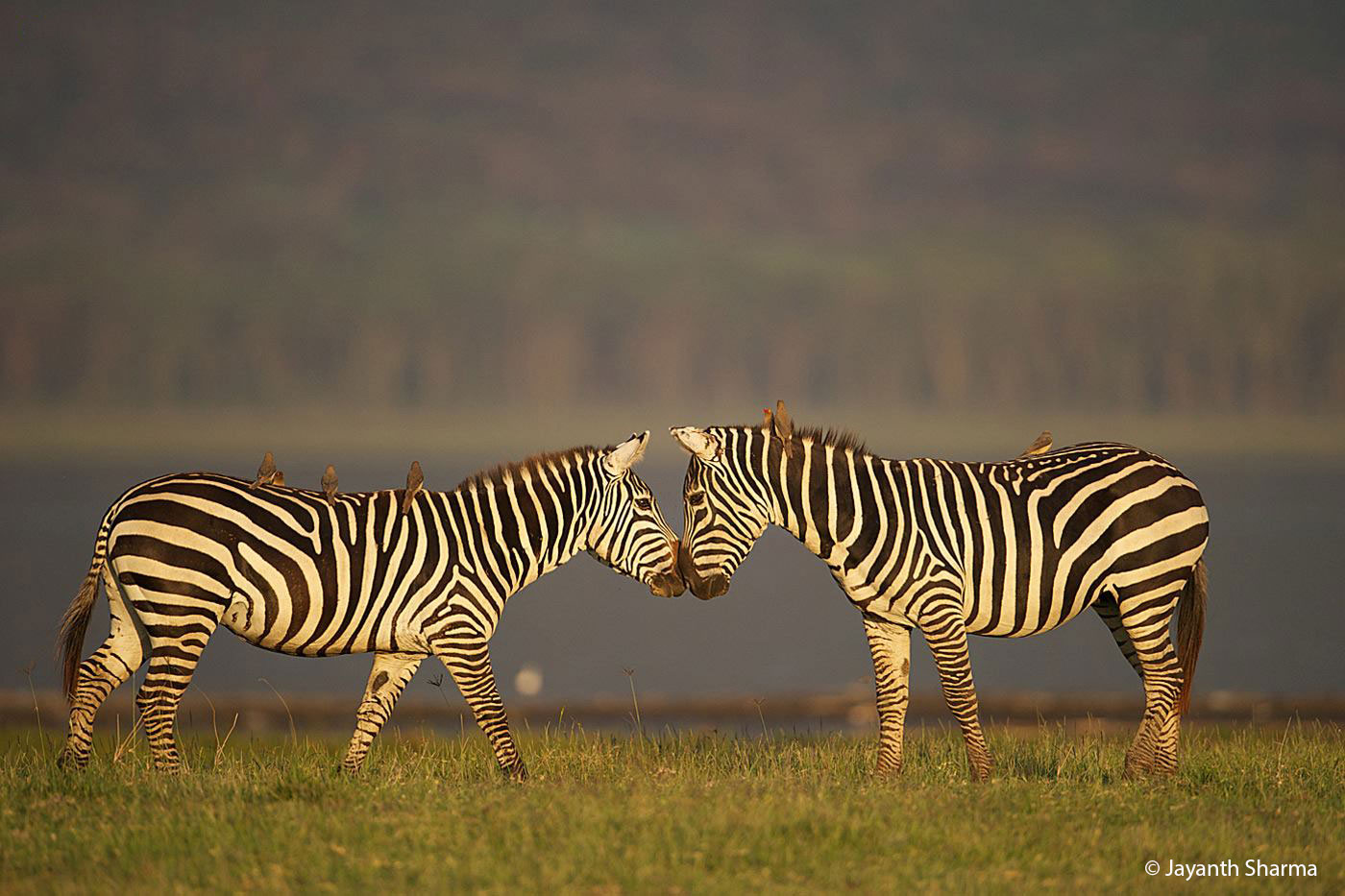 In the sprawling savannahs of Africa, between the green grass and the blue sky, envision thousands of black and white stripes moving! If it sounds like a scene from a fantasy novel, let us tell you that you are imagining a real natural spectacle — we’re talking about watching huge numbers of Burchell’s zebra during the Great Migration!

Named after the British explorer and naturalist William John Burchell, this zebra is a southern subspecies of the plains zebra. It is also called Zululand zebra, bontequagga and Damara zebra. The male and the female are relatively the same size. It has one or two shadow stripes between the broad and bold stripes on its haunch — a conspicuous physical feature that sets this zebra apart from the other subspecies.

The Burchell’s zebra is observed to reproduce year-round, which is also believed to be the closest explanation to the lack of sexual dimorphism because of the synchronised time budget between males and females.

Because of its binary colours that are so spectacularly in contrast with its natural habitat, the Burchell’s zebra is one of the most photogenic animals. And for bringing unique delight to the process of making images, it is our Animal of the Week!

See this lovely animal on our Great Migration Tour to Kenya, Africa!