Animal of the Week: Kittiwake, Svalbard 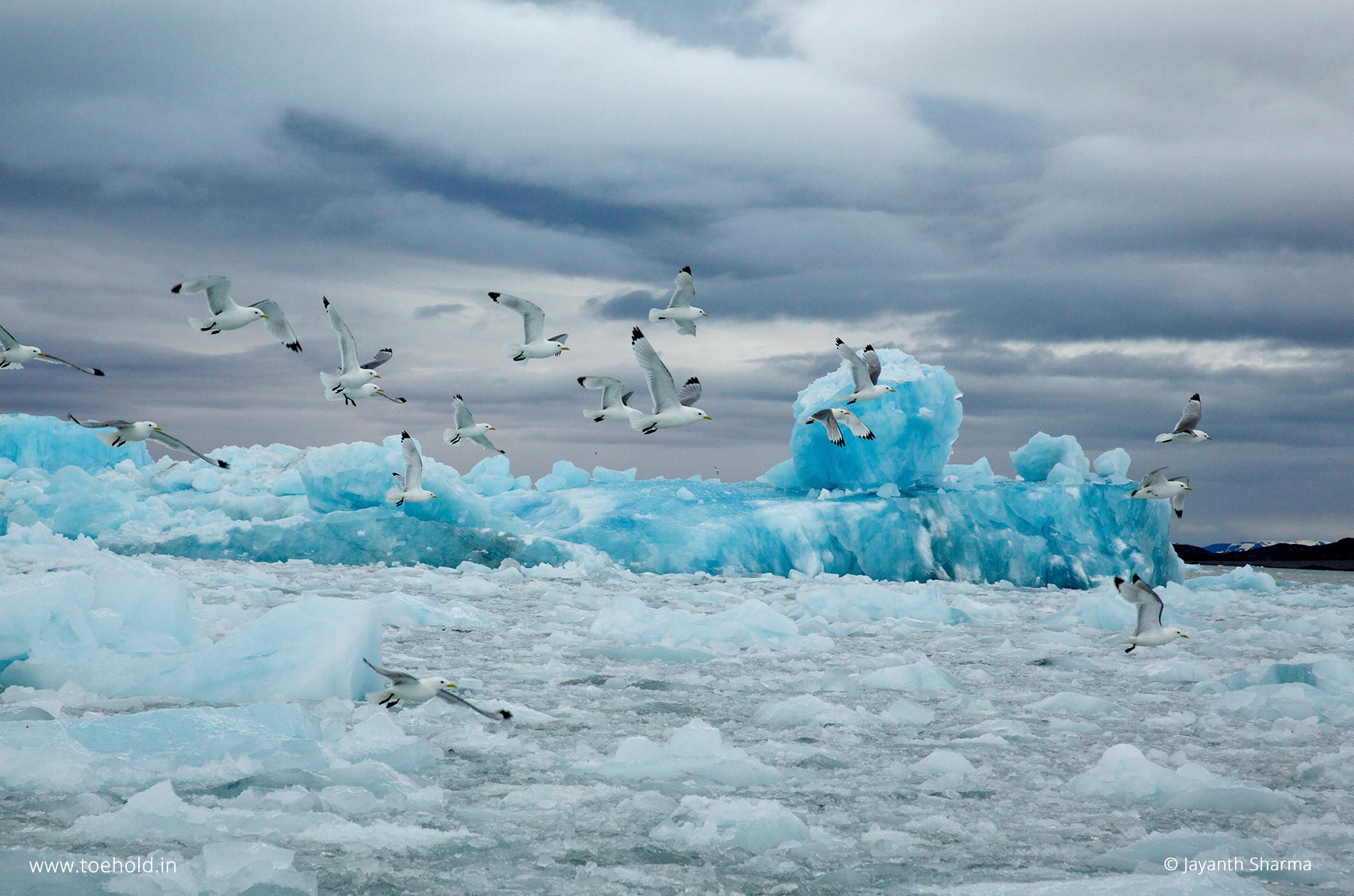 With its angelic white body and adorable form, the kittiwake is a bird cute as a button. In the grey-white spectacular landscape of Svalbard in Norway, see it perched on a chunk of ice or flying like a dream against a sleepy sky.

The name of this bird is derived from its call – ‘kittee-wa-aaake’. Colloquially, it is also called tickleass or tickleace. Its body and head are white, its back grey, its bill yellow, and it has grey wings tipped dark black. The sexes are known to be visually indistinguishable.

This coastal breeding bird dwells in regions ranging from North Pacific and North Atlantic to Arctic oceans. In contrast to the young ones of other gull species, this gull’s chicks are white and are covered with fine soft fur, and they take three years to reach maturity.

Kittiwake is the only gull species that is exclusively cliff-nesting, which lessens the threat of predation. And for this reason, it is our Animal of the Week!

See this beautiful bird on our ‘Pole Trance’ Wildlife Expedition to Svalbard!