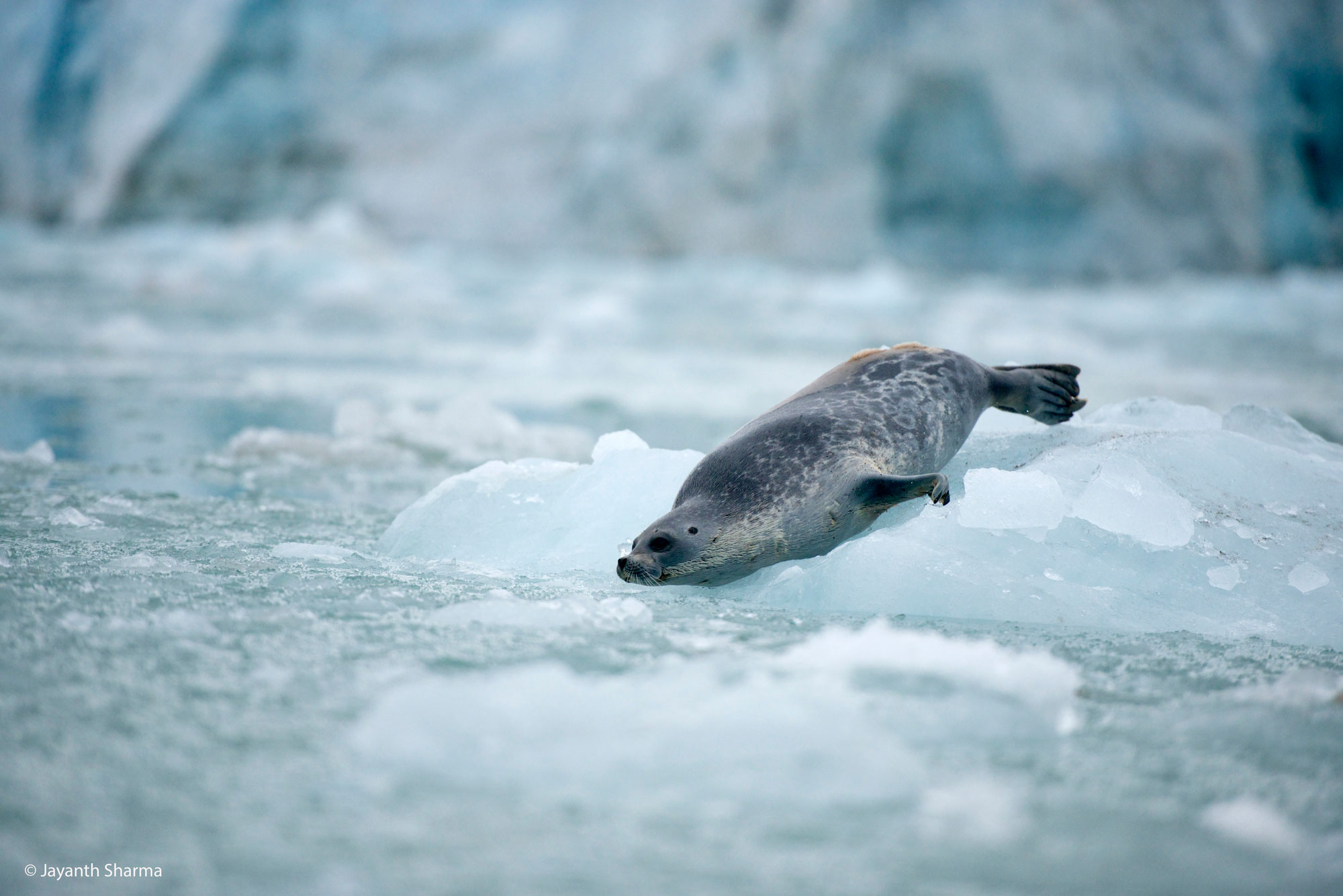 In the isolated icescapes of Svalbard, Norway, if you see an adorable earless small seal, you must consider yourself fortunate to be witnessing a ringed seal. Because of its distinctive pattern of black spots that are surrounded by light grey rings on its body, it gets its common name — the ‘ringed seal’.

It is an abundantly found ice seal in almost all parts of the Northern Hemisphere. The ringed seal is recognised easily because of its plump body and short cat-like snout. It resides in Arctic waters and is usually associated with pack ice and ice floes. It maintains a breathing hole in the ice, which helps it use the ice habitat like no other seal can. 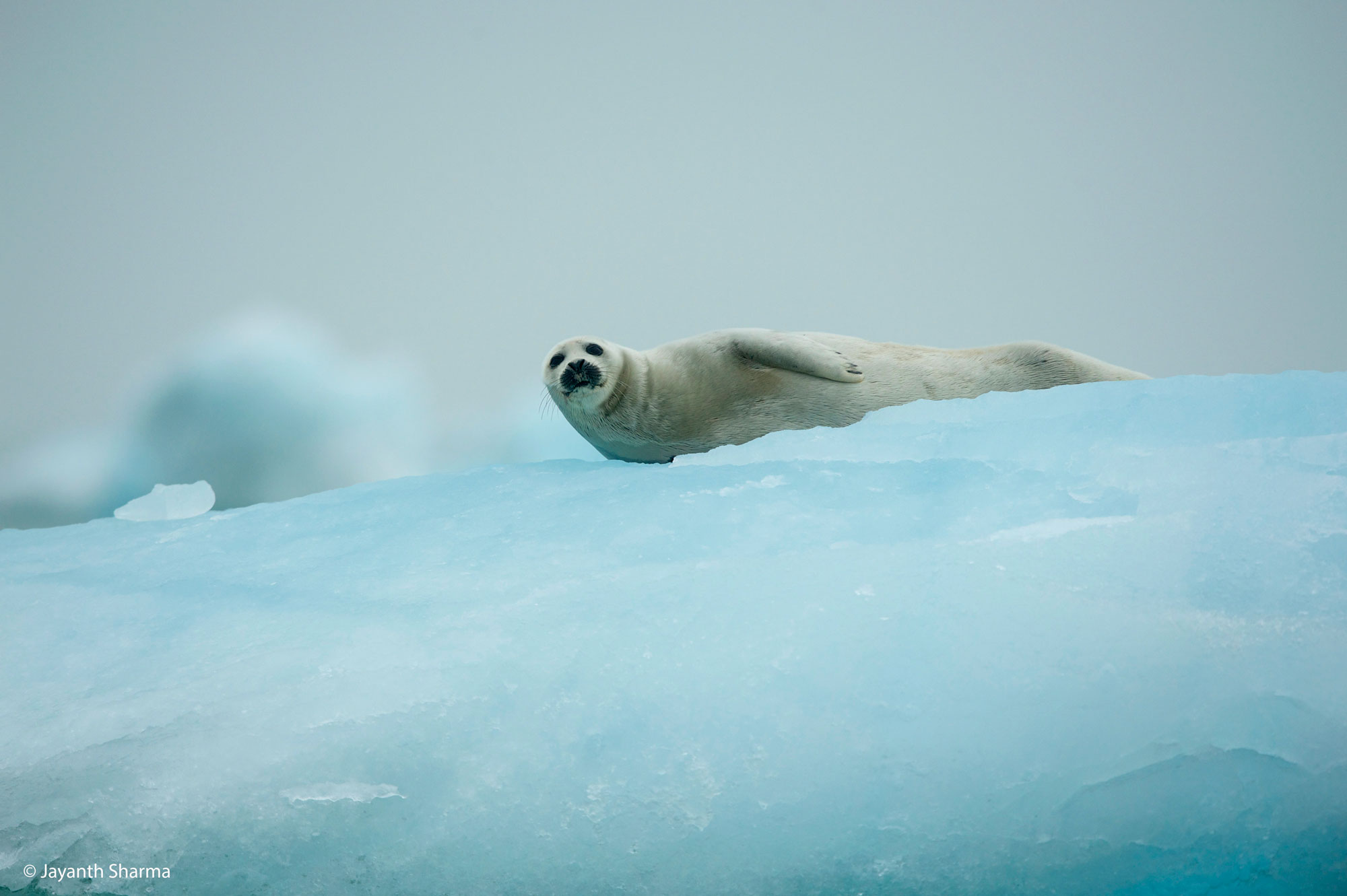 The ringed seal feeds on a variety of fish and invertebrates. And it is a primary prey of killer whales, polar bears and Greenland sharks. It has also been a vital component of Arctic indigenous peoples’ diet.

The ringed seal is the smallest of species in the seal family because of its endearing diminutive dimensions, and for that reason, it is our Animal of the Week!

See this adorable seal in Svalbard, on our next ‘Pole Trance’ Photo Tour to the Arctic!