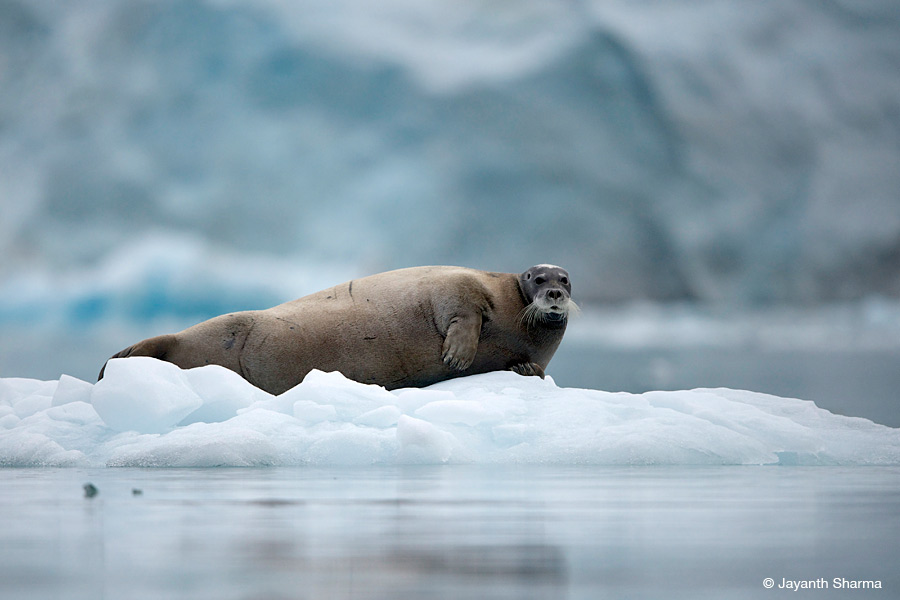 With its generic name referring to its heavy jaw, the bearded seal is one of the most delightful creature that can be seen and photographed on our Wildlife Photography Expedition to Svalbard in Norway.

This earless seal has square free flippers and dense bristles on its muzzle. The adult has dark back and is greyish brown. It is unique, like the monk seal, in having two pairs of teats. The female bearded seal is larger than the male. The major predator that this seal faces is the mighty polar bear.

This seal feeds mainly on clams, fish and squid; it is basically benthic. The skin of the bearded seal is known to be tougher than other seals, and the Inuit people used it to make shoes, dog sled harness, cover their wooden-frame boats, summer tents and whips.

Its most characteristic bodily feature are the very conspicuous and copious whiskers, which also serve as feelers in the soft bottom sediments while the seal is looking for food. And for this reason, the bearded seal is our Animal of the Week!

See this charming seal in on our next  Photo Tour to the Arctic!,