Animal of the Week: Giant Otter 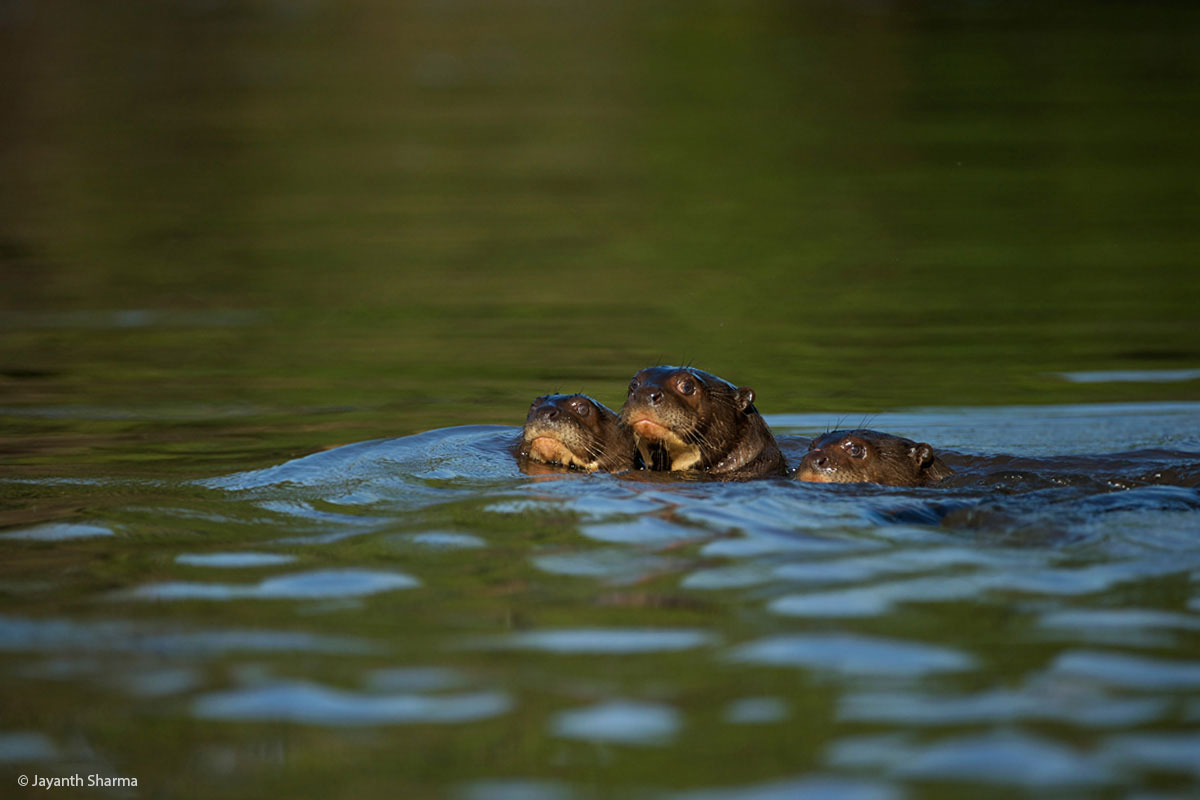 The noisiest in the otter family, the giant otter is a peaceful but territorial and social species. It lives mostly in Pantanal and along the Amazon River, which is why you need to be in Pantanal this September! This otter has been poached extensively for its velvety pelt and habitat degradation has also added to the decline in its population. It has been listed as endangered by the IUCN.

The giant otter has exceptionally dense fur and webbed feet that help it live an amphibian way of life effortlessly. It feeds almost exclusively on various fish, but sometimes, it consumes snakes, turtles, crabs and small caimans. Although it might have to compete with other species for food, it doesn’t have serious natural predators except humans.

The throat and under the chin of the giant otter have unique markings of cream or white fur, and this is used to recognise individuals through a behaviour of displaying its throat and upper chest called ‘periscoping’. This otter digs holes -dens – in riverbanks and the female otter gives birth inside these dens that have multiple chambers and entrances.

Try your luck in Pantanal and see if you can photograph this adorable creature or a bunch of them in their natural habitat. The giant otter is the longest member of the weasel family, which is why it is our Animal of the Week!

See this amazing whale on our Pantanal Wildlife Photography Expedition.