Animal of the Week: Red Junglefowl 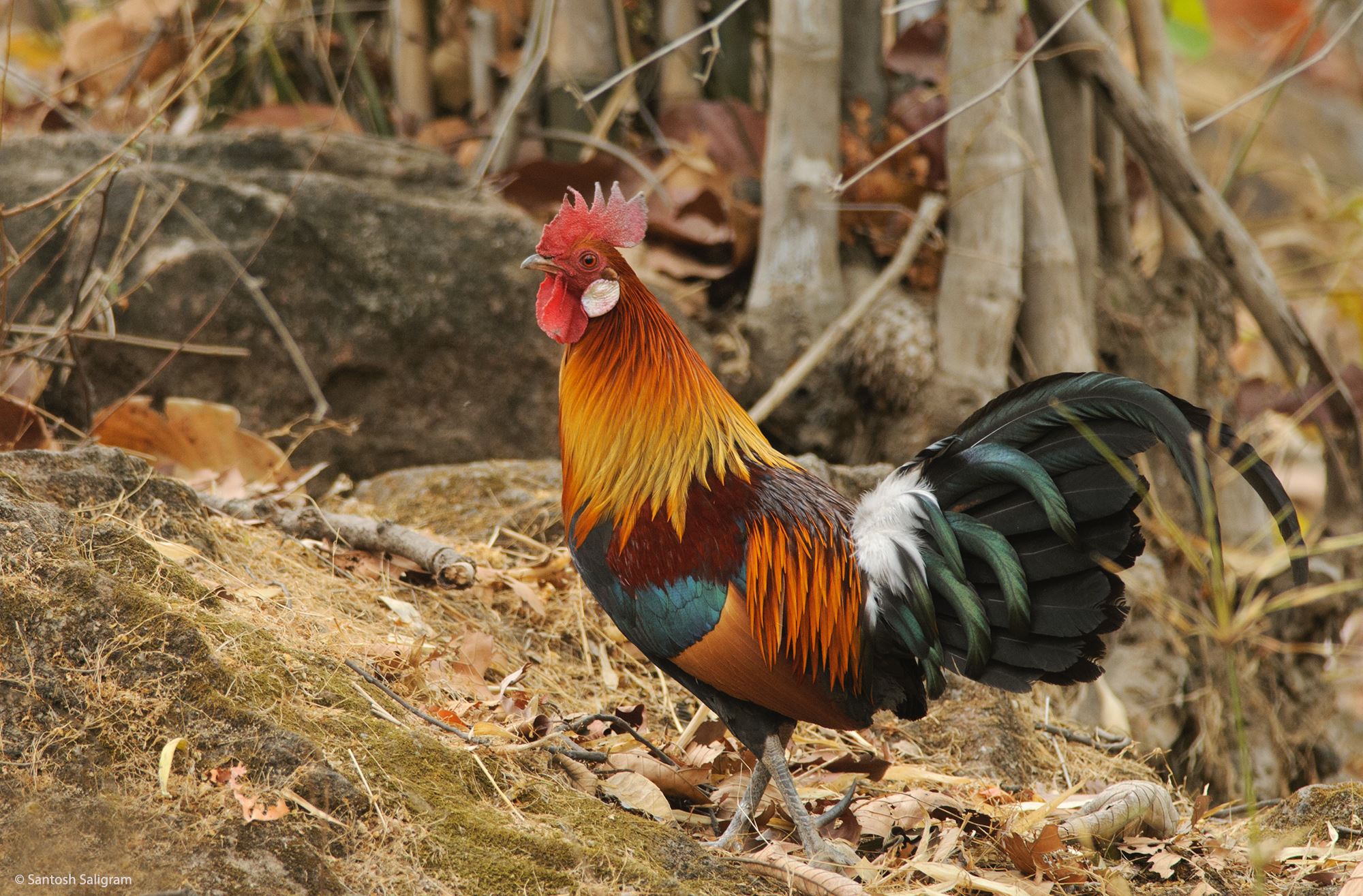 Known to have first domesticated at least five thousand years ago in Asia, the red junglefowl is mainly found in India, China, Singapore, Malaysia, Indonesia and the Philippines. But all across the world, its domesticated form is used as a major source of meat and eggs. And if you are an Indian, how can you not recall the blood sport between two roosters – cockfights – featured in folktales and even movies?

The handsome male rooster, with all its fiery-hued plumes and a dashing red wattles on its head, is well-known for its call, cock-a-doodle-doo, during mating season, which is also referred to as ‘crowing’. The eggs and offsprings are nurtured only by the female. The red junglefowl is omnivorous, feeding mainly on insects, fruits and seeds. Flight of this avian creature is limited only to reaching their roosting places in trees. Today, purebred red junglefowl is known to be facing a grave danger of extinction due to hybridisation at the edge of forests, especially where domesticated free ranging chickens have become increasingly common.

While the male wins all the points for its charming colours and handsomeness, the female is capable of being cryptic with its plumage and is adapted for camouflage as well, which is why red junglefowl is our Animal of the Week!

Join our Bandhavgarh Photography Tour to see this beautiful bird!