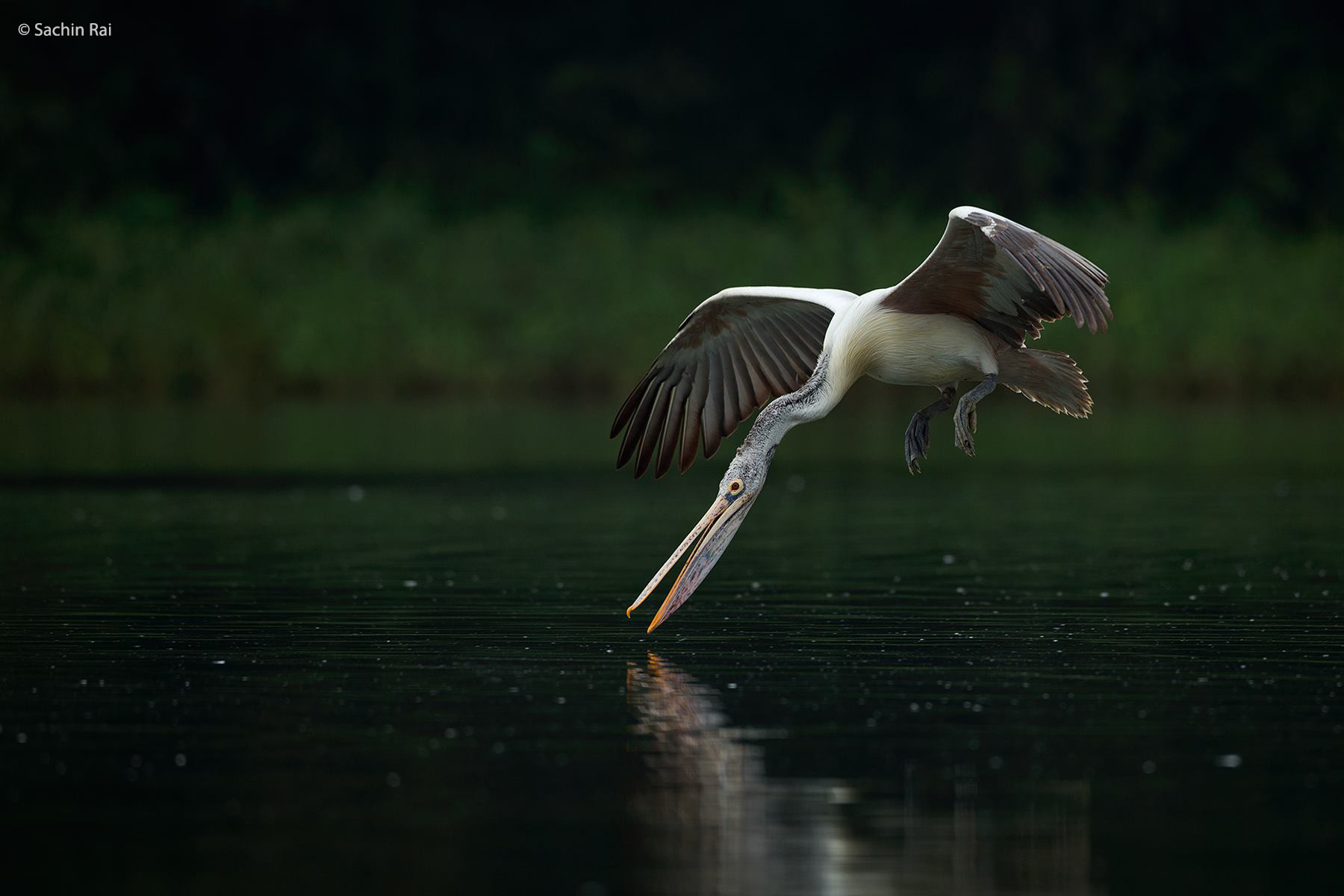 Inhabiting large inland and large lakes, the spot-billed pelican, also known as the grey pelican, is a member of the pelican family that can easily live close to human habitations. It is quite a large bird, mainly white with a grey crest and hindneck, and a brownish tail.

The spots on the bill of this pelican appear only after a year of its birth. It is known to breed in peninsular India, Sri Lanka and Cambodia, and is a colonial breeder that breeds in the company of other waterbirds. It builds its nest on low trees that are either near wetlands or even human habitations.

Although the grey pelican can make grunts, hisses or snap its bills at its nest, it is otherwise known to be very silent. Fishermen used to use this species as decoys for certain fish that were believed to be attracted by an oily secretion. The nesting colonies of this pelican have been popular tourist attractions as well.

This bird, like most other pelicans, catches fish in its huge pouch and can keep them there for a while and even swim at the surface of water, and for this interesting ability that’s a delight to watch and photograph, the spot-billed pelican is our Animal of the Week!

See this amazing bird on our Nature Photography Masterclass to Ranganathittu!