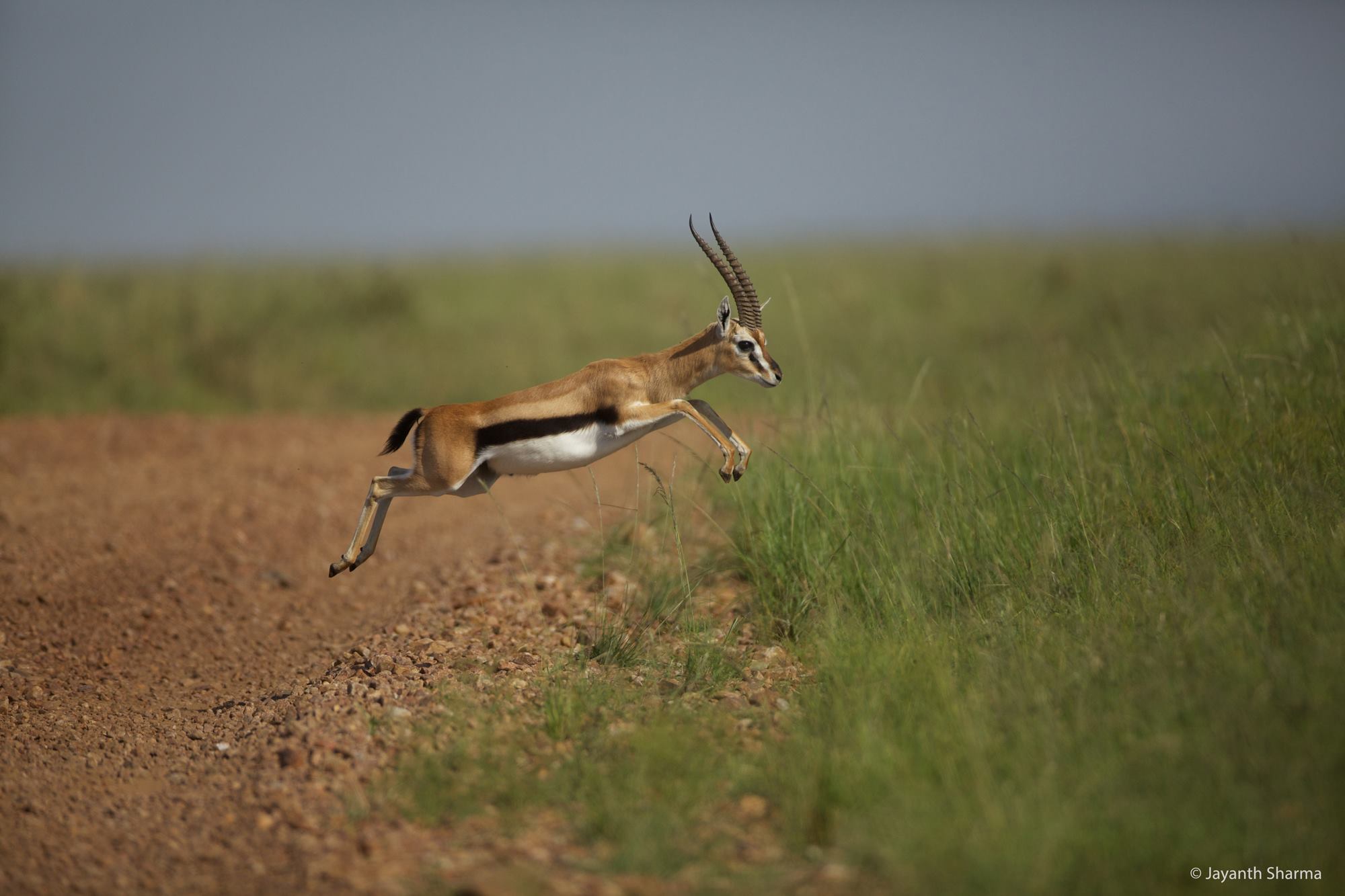 In the vast plains of Kenya, on which wander beings of majestic beauty, the Thomson’s gazelle, too, exists as a part of the tremendous show of nature. Named after the explorer Joseph Thomson and sometimes also called ‘tommie’, this relatively small and pretty gazelle has notable facial markings as well as striking black lateral stripes on its sandy brown coat.

Both sexes of this gazelle have horns that are highly ringed. It looks similar to Grant’s gazelle except for the distinct large white patch on the rump. It inhabits the short grasslands that are relatively dry and sturdy, but if need be, it migrates to tall grasslands as well as dense woodlands. It feeds mainly on grass, but being a mixed feeder, it also eats forbs and clovers, and foliage from bushes.

The main predator of Thomson’s gazelle is the cheetah, but it outlasts the hunter in long chases and can also make turns more quickly. It is also chased by leopards, lions and hyenas, but is always agile and usually faster than its predators.

This lovely antelope-gazelle runs extremely fast, and in a zigzag manner, too, a natural gift that often saves it from its strong predators. It is the 5th fastest land animal, and for this amazing reason, the Thomson’s gazelle is our Animal of the Week!

See this amazing gazelle on our Photo Tour to Kenya!