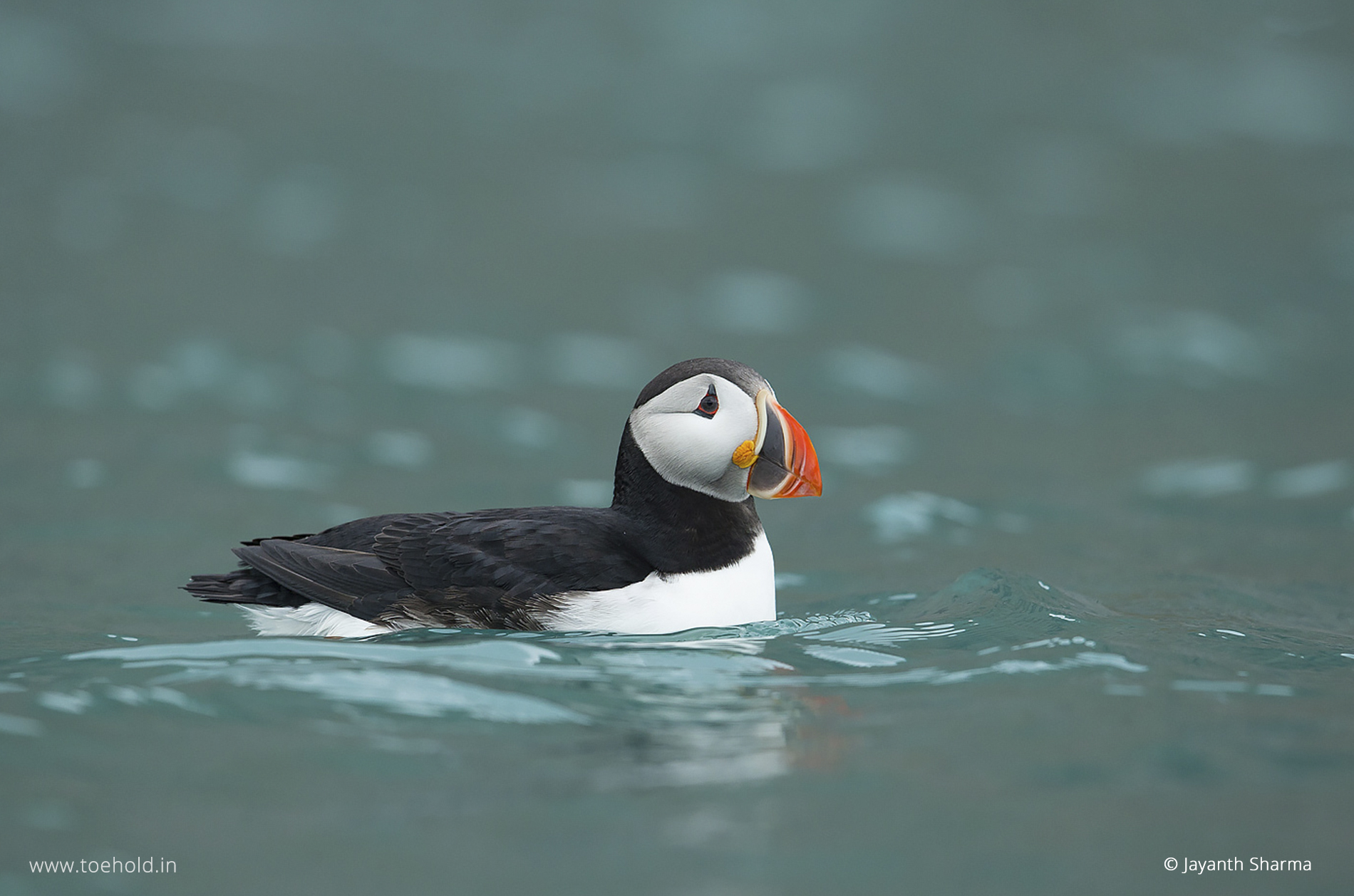 A dash of orange-red and black beak brightens up the Atlantic puffin’s presence. It is a visual delight like nothing else. This seabird is native to the Atlantic Ocean, and is also known as the common puffin. It can be seen and photographed on our Photography Expedition to Svalbard, Norway.

Its crown and back are black. Its cheek is a pale grey and its underparts are white. It swims on the surface and feeds on fish while at sea. Its bite is powerful, which allows it to hold several small fish at a time. It nests in clifftop colonies by digging burrows. 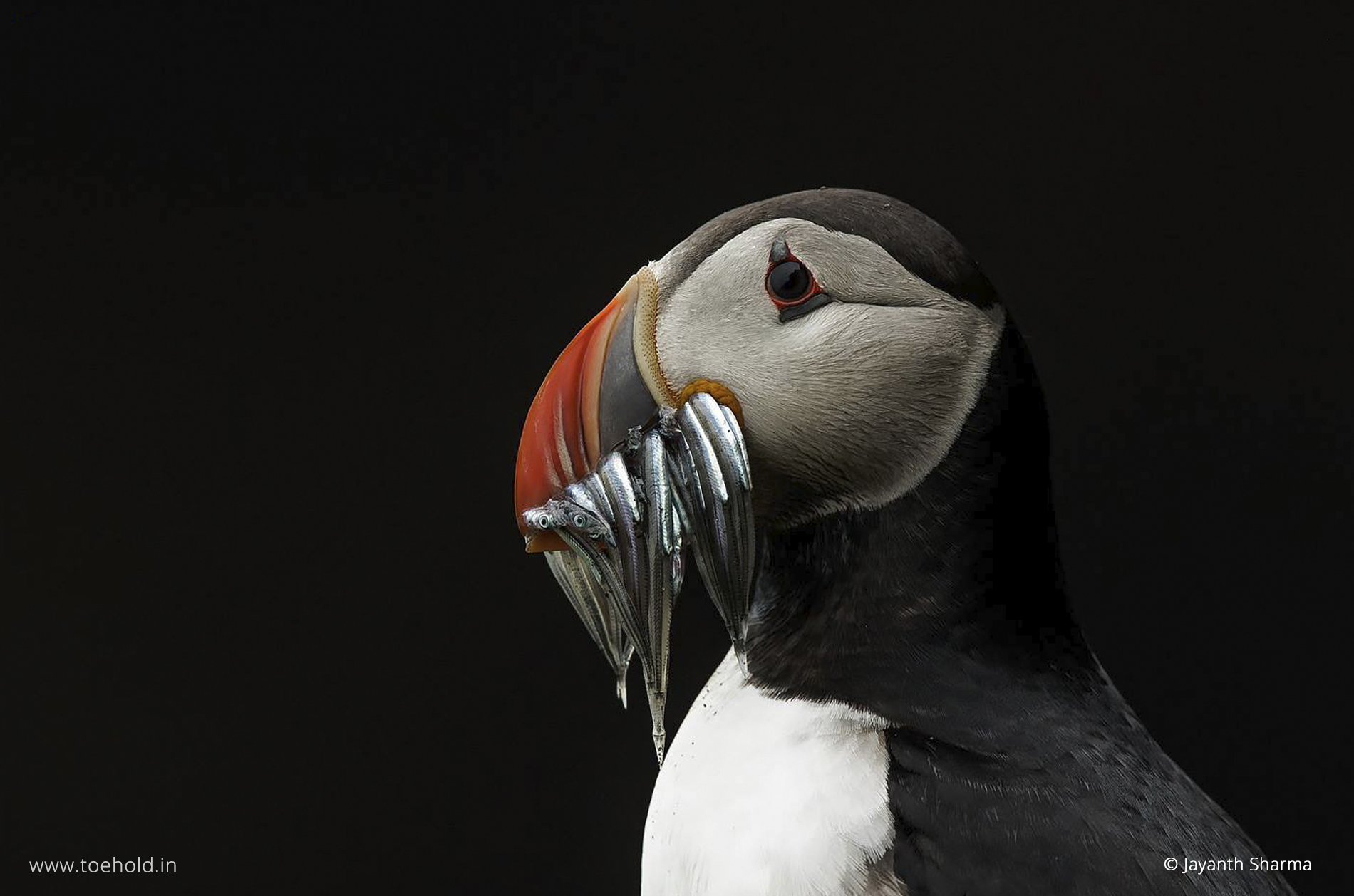 The Atlantic puffin is a sociable bird and usually breeds in large colonies. Seals and some large fish are known to kill puffins while in water, and foxes, weasels, dogs, stoats, rats and cats are known to be its predators on land. It is also hunted by aerial predators like great skuas and great black-backed gulls. It is rated as ‘vulnerable’ by the IUCN.

This avian beauty is popular in human culture. In 1939, Penguin Books published a range of children’s books under the brand, Puffin Books. It is the official bird symbol of Canada’s Newfoundland and Labrador. The Norwegian municipality has the Atlantic puffin as its civic emblem. All the human love this bird evokes has given it adorable names like ‘pufflings’, ‘sea parrots’ and ‘clowns of the sea’. For all these reasons, the Atlantic puffin is our Animal of the Week!

See this lovely bird on our ‘Pole Trance’ Wildlife Expedition to Svalbard!