Costa Rica is a naturally-gifted Central American country with an enormous potential for tourism. The name Costa Rica itself means fertile, rich seashore. It is situated between the Caribbean Sea in the East and the Pacific Ocean in the West. Spanish is the chief language of Costa Rica. This country is also famous in the world for its coffee.

When in Costa Rica, you can enjoy lots of fruits year-round, and nearly 840 species of birds flock the country for these fruits. Huge populations of very colourful birds like toucans, macaws and hummingbirds, apart from a wide variety of reptiles and amphibians are found here. The world’s fastest-running lizard, the black spiny-tailed iguana, is found in Costa Rica.

You get to see numerous species of frogs, butterflies and serpents in the Arenal Volcano region here while the Monteverde Cloud Forest Reserve is home to the wonderful wing-flapping hummingbirds among other rich flora and fauna.

Hummingbirds are small but colourful birds. Most of the 325 species of this bird are just about 3 to 5 inches in size. They live on the nectar, pollen grains and small insects in the flowers. The birds are observed to migrate whenever the climate changes in the region. The body metabolism of hummingbirds is very high. These beautiful birds flap their wings at an astonishing speed of about 50 times per second! Because of this very high speed, you need to use the multi-flash technique to photograph them.

In Costa Rica you can see a large number of hummingbirds that are awesomely colourful, including ruby-throated hummingbird, violet sabrewing, green violet-eared hummingbird etc, by virtue of the colours they manifest. Besides the hummingbirds, you can see other beautiful aves like toucans, multi-coloured tanagers, parrots, woodpeckers, quetzals, oropendolas etc. Not just the jungles in Costa Rica, but also the various species of flowers and butterflies, breathtaking landscapes and the wild animals that are found here make a vacation in Costa Rica a beautiful experience in more ways than one.

Costa Rica has infinite potential for tourism with its extremely beautiful and well-endowed beaches besides the flora and fauna as described above. Also, the opportunity to photograph the colourful frogs in the rain forests of Costa Rica is a rare privilege. For want of space, I would like to write about just the red-eyed tree frog here.

This frog has a green body and red eyes. Its size is merely two inches. Besides Costa Rica, this species is found in Mexico and Columbia as well. It spends most of its time on trees and is an expert long jumper. Whenever it senses a threat to its life, it enlarges its red eyes and darts its long tongue out. With this sudden sight of bright colour and the darting tongue, the predator is taken aback, giving the frog time to escape. These frogs sleep most of the day and prefer bogs and waterfronts to live in. There are many other species of frogs in Costa Rica, some of which are even poisonous.

The photographs in this article are taken by me in the rain forests of Costa Rica. I have used the 200-500 mm telephoto lens for this. Normally, people use a micro lens to shoot frogs, insects and butterflies, but poisonous creatures like snakes and frogs are better shot using a telephoto lens from a safe distance.

Another interesting bird found in Costa Rica is the king vulture. This bird is large, has white plumes and yellow-orange hues on its neck. Its beak is naturally very sharp and pointed. Photographing it was rather tricky. When we received information that a large flock of vultures had gathered beyond a nearby hill, we went there. At that time, the vultures were feasting on a carcass. Only a handful of them were king vultures. I hid behind a mound of earth and successfully managed to make a portrait of one of them.

Another photography opportunity we had in the Arenal Volcano area was to shoot the bright yellow-skinned eyelash pit viper, the extremely venomous bushmaster and rattlesnakes. We saw and photographed these dangerous reptiles in their natural habitat under the guidance of our Skipper, the expert natural history photographer Jayanth Sharma. Along with the snakes, I also photographed the boa and parrot snake. It was a novel and thrilling experience for me. 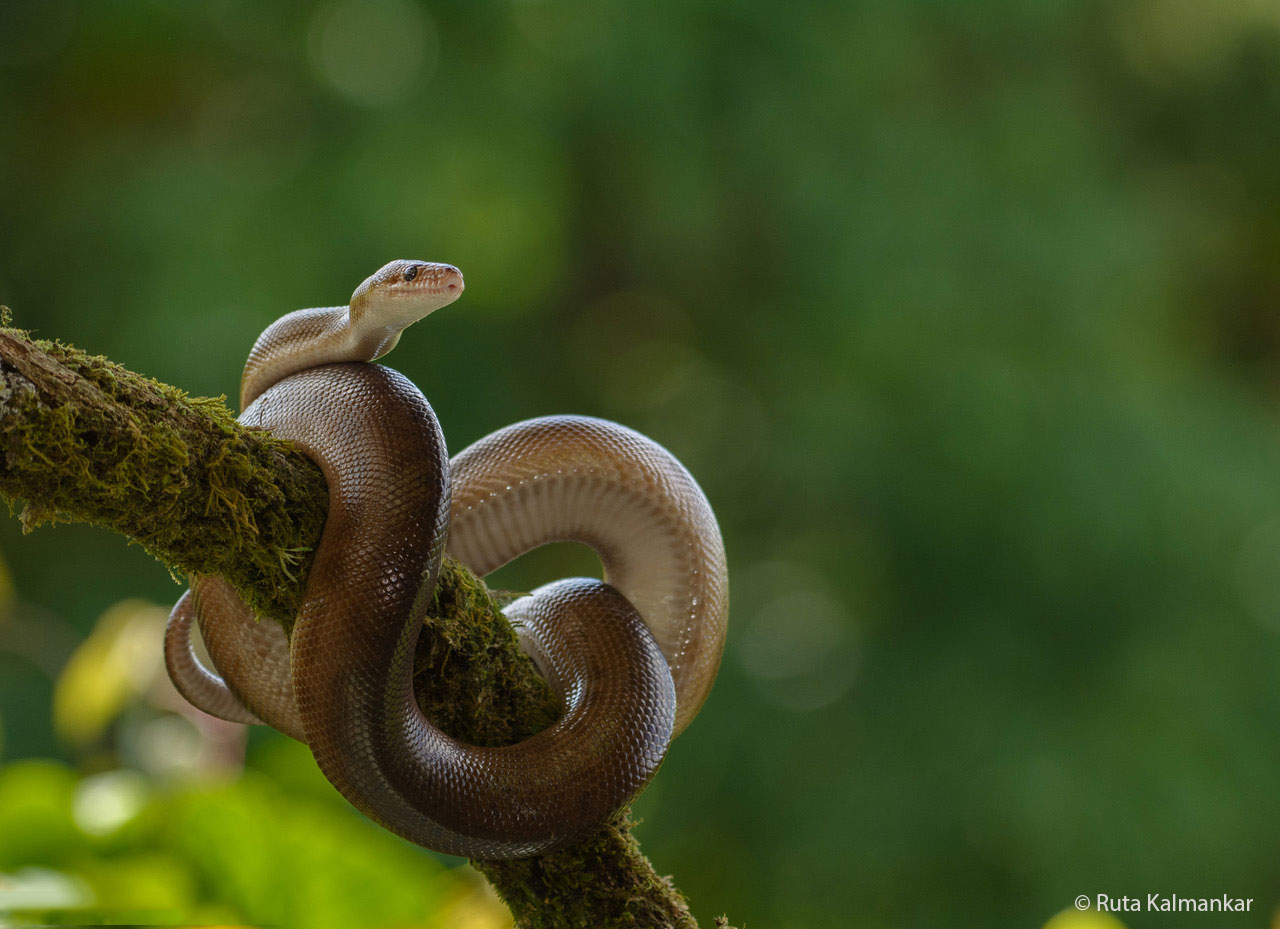 The Cloud Forest Reserve is home to another very beautiful bird – in fact, one of the most beautiful birds in the world – the resplendent quetzal. It is the national bird of Guatemala. Chiefly sustaining on fruits, wild avocado is its most favoured fruit. We had to patiently wait for three to five hours every day for three days in that forest to be able to capture this bird. I used the Nikon D500 camera with a 600mm Nikon lens for this. 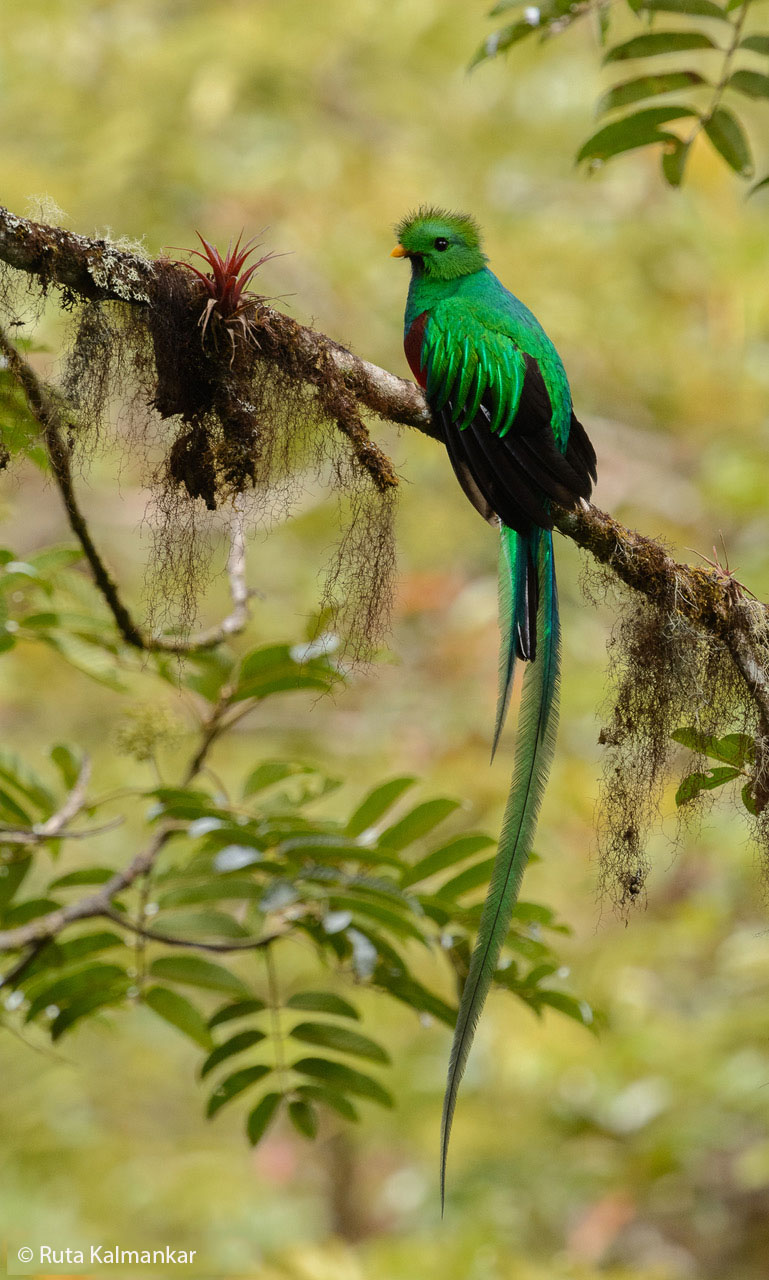 I must say that the Costa Ricans are very warm people. The resorts and other places, including a private, homely guest house of a family where we stayed during the Tour, were beautiful and very clean. Even the food was excellent. Local cheese, rice etc are very tasty and the various dishes we partook of here were truly savoury.

Gallo Pinto, Tamale, Casado… the names are unfamiliar to us but these are the gourmet dishes of Costa Rica. I personally liked the Cost Rican food very much. For tourists, apart from the standard resorts and hotels, there are private villa and condo rentals. Most of them have either a seashore front or a tree house or some such attraction. The climate is mostly tropical and therefore pleasant for Indians. The seas on either side of Costa Rica are a heaven for surfers. The people are peaceful and sticklers for cleanliness.

All in all, being on the Toehold Photography Tour was a great experience for me as a traveller, photography enthusiast and nature lover.

PrevPrevious‘Beyond Books’: The Times of India, 15 April 2018
NextAnimal of the Week: Rothschild’s Giraffe, KenyaNext
More from the Blog

Lovely images and wonderful peek into the animal world of Costa Rica.