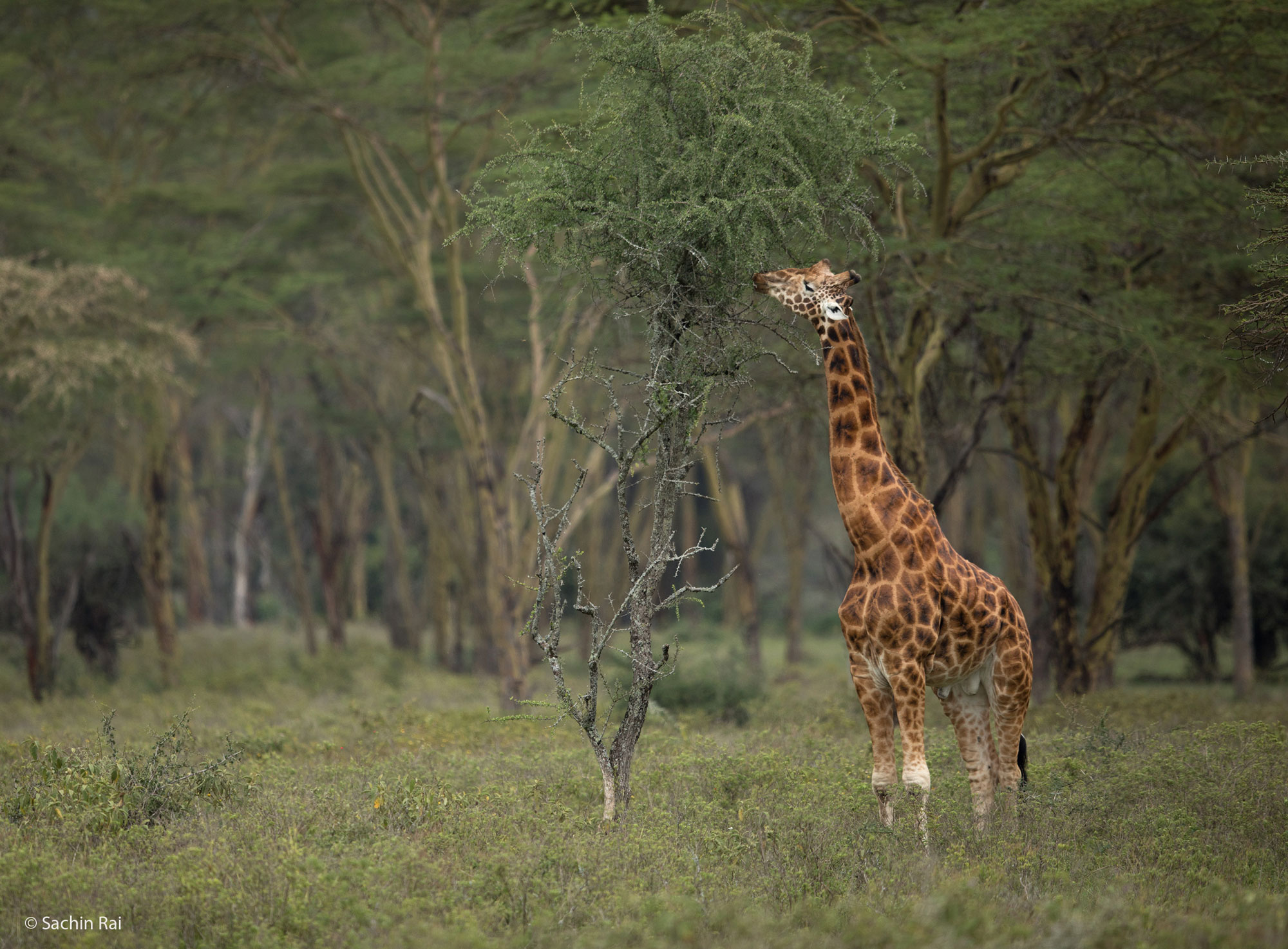 In Lake Nakuru National Park of Kenya, if you crane your neck trying to fathom how a four-legged mammal can be that tall, remember that we share the same wonder. Because Rothschild’s giraffe deserves every bit of that admiration.

The Rothschild’s giraffe inhabits savannahs, grasslands and open woodlands. It’s easy to recognise this subspecies because of the colour of its coat. Its orange-brown patches are sharp and less jagged. The males are larger than the females. This suave mammal is endangered, with only 1671 individuals in the wild as estimated in 2016.

Another distinguishing feature of this giraffe is that there are no markings on its lower leg. This makes it look like it’s always wearing white stockings. Nature’s sense of fashion has probably manifested in the simple yet sophisticated being that the Rothschild’s giraffe is!

Unlike the Masai giraffe and the reticulated giraffe, this one is born with five ossicones on the head. Two are the obvious ones at the top – common to all giraffes. The third is in the centre of its forehead. The other two are behind each ear. For all these amazing reasons, the Rothschild’s giraffe is our Animal of the Week!

See this gorgeous giraffe on our next ‘Harvest in the Savannah‘ Wildlife Photography Tour to Kenya!