Animal of the Week: Walrus, Svalbard 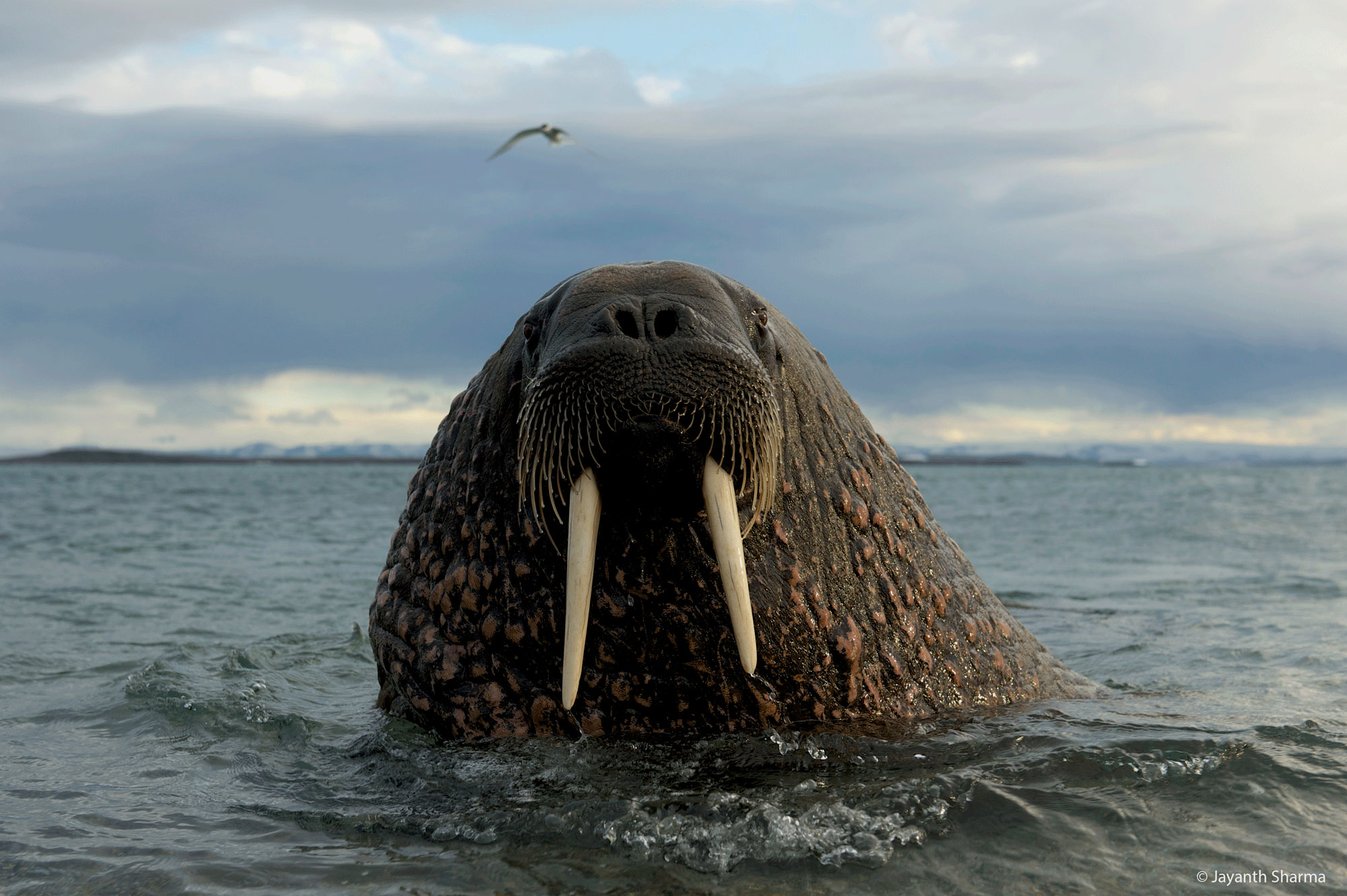 You know it’s a walrus when you see one in Svalbard if it is a huge marine mammal whose skin is hardly covered with fur and almost appears bald. What will also confirm your recognition are the whiskers and the unmistakable long tusks that are elongated canines, which both the female and the male walruses possess.

The walrus lives mostly in shallow waters, spending most of its life on the sea ice looking for bivalve mollusks to eat. It has common physical features between both seals and sea lions. The heavy body weight is mostly because of all the blubber beneath their skin, which keeps it warm and the fat provides it energy.

Walrus has no external ears. Interestingly, it can turn its rear flippers forward that allows it to move on all fours. It relies less on flippers when it swims and more on sinuous complete body movements. As for the relationship between humans and the walruses, this marine mammal has been hunted for its meat, flippers, tusks, bones, oil, intestines and gut linings – that’s pretty much the whole of the animal. Fortunately, there are now international laws for its protection. The walrus has a significant role in the religion of folklore of the Arctic people.

The walrus is the third largest pinniped species, exceeded in size only by the two elephant seals. It lacks the orbital roof which lets the eyes to protrude and see in both a frontal as well as dorsal direction, and for this amazing reason, it is our Animal of the Week!

See this amazing marine mammal on our ‘Pole Trance’ Photography Expedition to Svalbard in the Arctic!