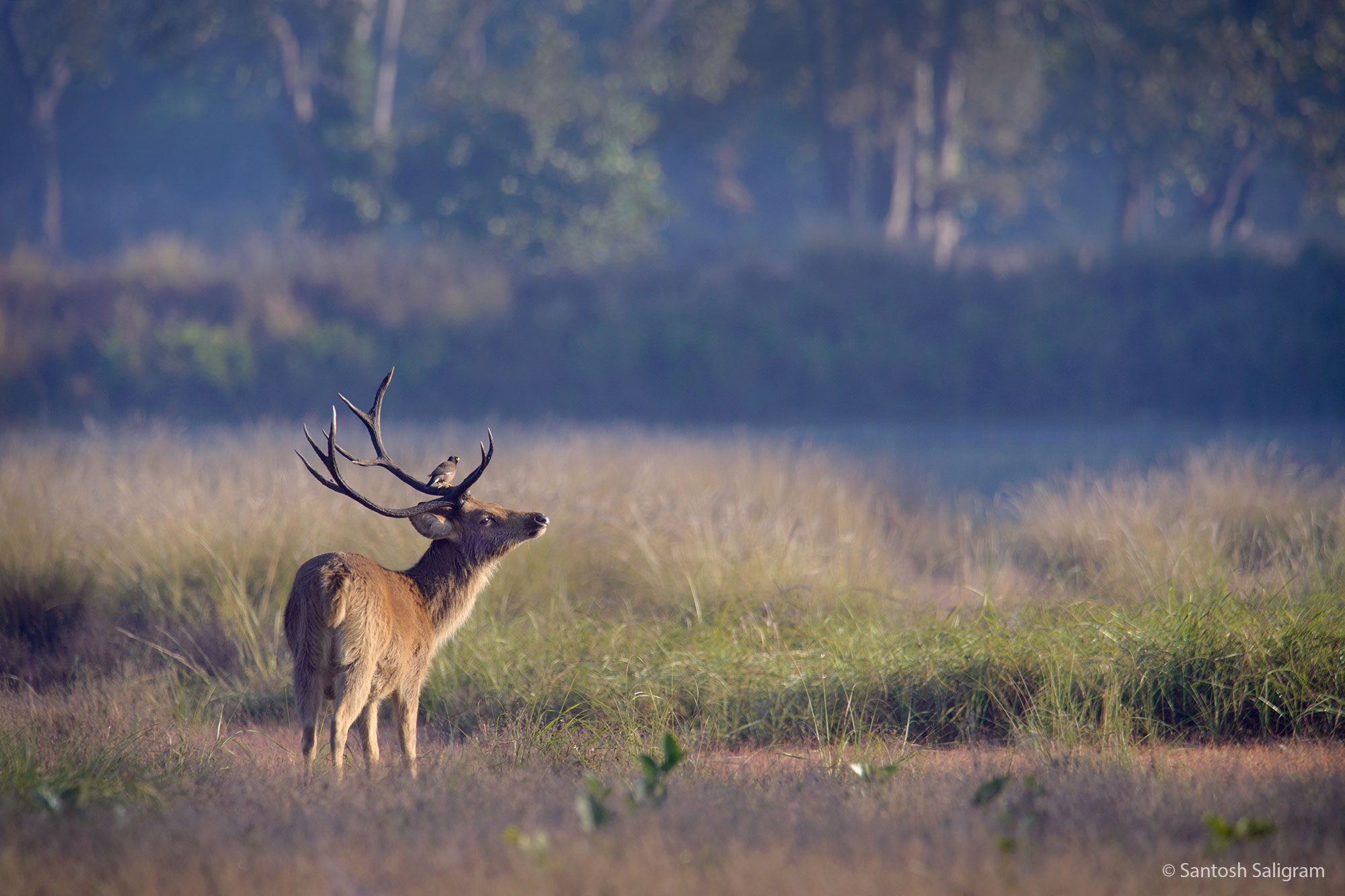 Also known as the swamp deer, the barasingha is a species of deer distributed mostly in Bandhavgarh and Kanha in India. This large deer, with its woolly and yellowish brown body will enchant you in the radiant mists of mornings and evenings this winter.

The female barasingha is paler than the male. Young ones are spotted. In summer, the coat of the swamp deer becomes bright rufous-brown. This deer mainly keeps in the outskirts of forests, but frequent undulating or flat grasslands. Sometimes, they are also found in open forests. It’s mainly a grazer and feeds on grasses and aquatic plants.

The populations of barasingha outside the protected forest areas are threatened due by poaching for their gorgeous antlers and meat that are sold in local markets. This pretty animal is the state animal of Madhya Pradesh and Uttar Pradesh. Rudyard Kipling’s The Jungle Book also features a barasingha!

The barasingha differs from all the other Indian deer species because of their attractive antlers. They carry more than three tines, and the distinctive character brings it its name ‘barasingha’, which means ‘twelve-lined’. Mature stags are known to have 10 to 14 tines, and some, up to 20, too! And for this reason, the barasingha, which can be seen and photographed on our Kanha Tour, is our Animal of the Week!

See this handsome deer on our  Wildlife Photography Tour to Kanha and Bandhavgarh.