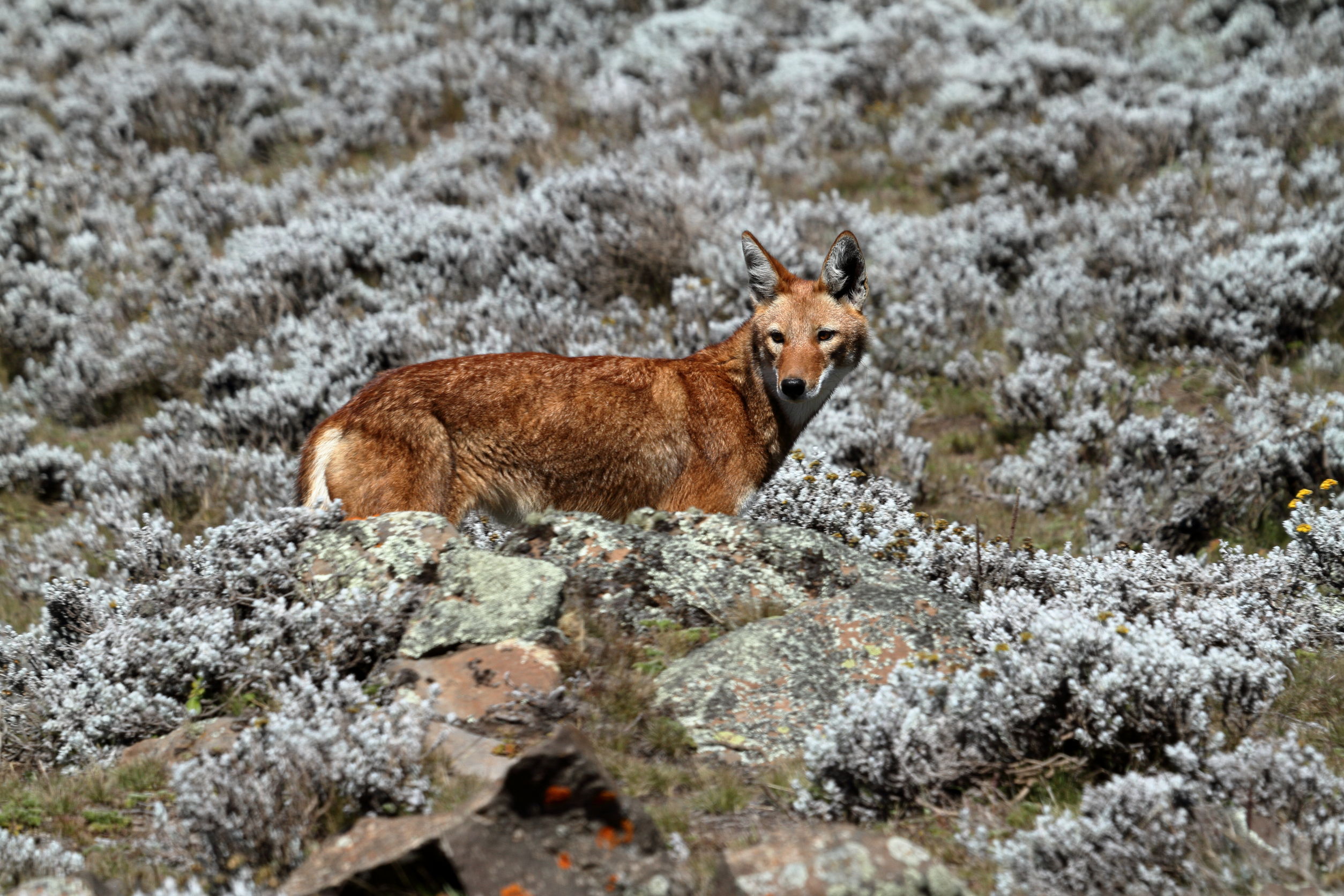 Inhabiting seven isolated mountain ranges at high altitudes in Ethiopia, the rare and exotic Ethiopian wolf is a canid native only to these highlands. Although it looks like North America’s coyote, its long and narrow skull, as well as its red and white fur, makes it easy to recognise. It is also known by the names Ethiopian jackal, red fox, Abyssinian wolf, Simien fox, Simien jackal, red jackal, Abyssinian dog and cuberow.

The Ethiopian wolf’s body is covered by short guard hairs and thick underfur that offer protection at low temperatures such as −15 °C. The overall fur-colour is ochre to rusty red, with dense whitish to pale ginger underfur. The throat, chest and underparts are also white, with an unmistakable white band around the sides of the neck. The red coat and white marks are clearly separated. This wolf moults during the wet season, which is from August to October.

Being a social animal, the Ethiopian wolf lives in large family groups of up to 20 individuals. These packs live in communal territories. It is different from most social carnivores in its hunting behaviours as it is a specialised feeder of Afroalpine rodents, tending to feed only on small prey. It is most active during the day.

Listed as endangered by the IUCN, this Africa’s most endangered carnivore is also one of the world’s rarest canids, and for this reason, it is our Animal of the Week.

See this majestic mammal on our next Wildlife  Photography Tour to Ethiopia!