Animal of the Week: Gaur 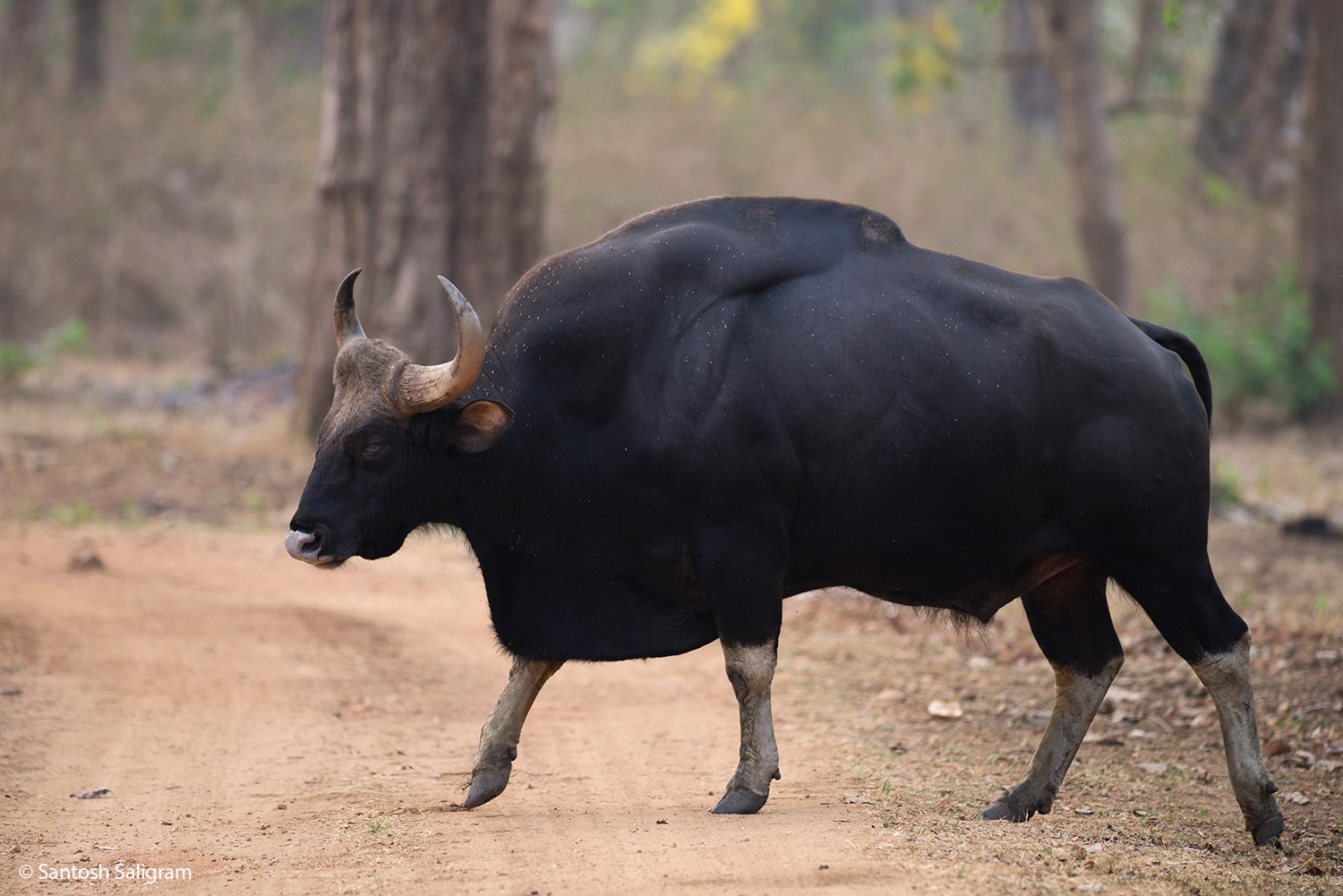 The tallest of all the wild cattle species and the largest extant bovine, the gaur is native to Southeast Asia and South Asia. This massive and strong mammal, with its curved horns, glossy dark brown skin and white or tan lower legs – as though they’re wearing stockings – has been listed as vulnerable on the IUCN Red List.

Mostly confined to moist deciduous forests, evergreen and semi-evergreen forests, this mammal is diurnal. The herds are led by an adult female, usually an old one – the matriarch. It grazes on a vast variety of plants, preferring upper portions like leaf blades, seeds and stems. It is threatened by poaching for commercial trade and sometimes for meat consumption as well. However, even as a strong bovine, the gaur is not aggressive in its behaviour, except when it feels threatened.

Besides humans, this cattle isn’t really troubled by many predators as their formidable size and strength are feared; only tigers and crocodiles are known to have killed a full-grown healthy adult gaur. Leopards and packs of dholes occasionally attack this herbivore, but the unhealthy ones and unguarded calves that would have strayed away from their herds.

Both sexes of the gaur carry the attractive inwardly-curved horns, and for this interesting, rare physical similarity of the two sexes, it is our Animal of the Week!

See this amazing animal on our Kabini Wildlife Photography Tour.