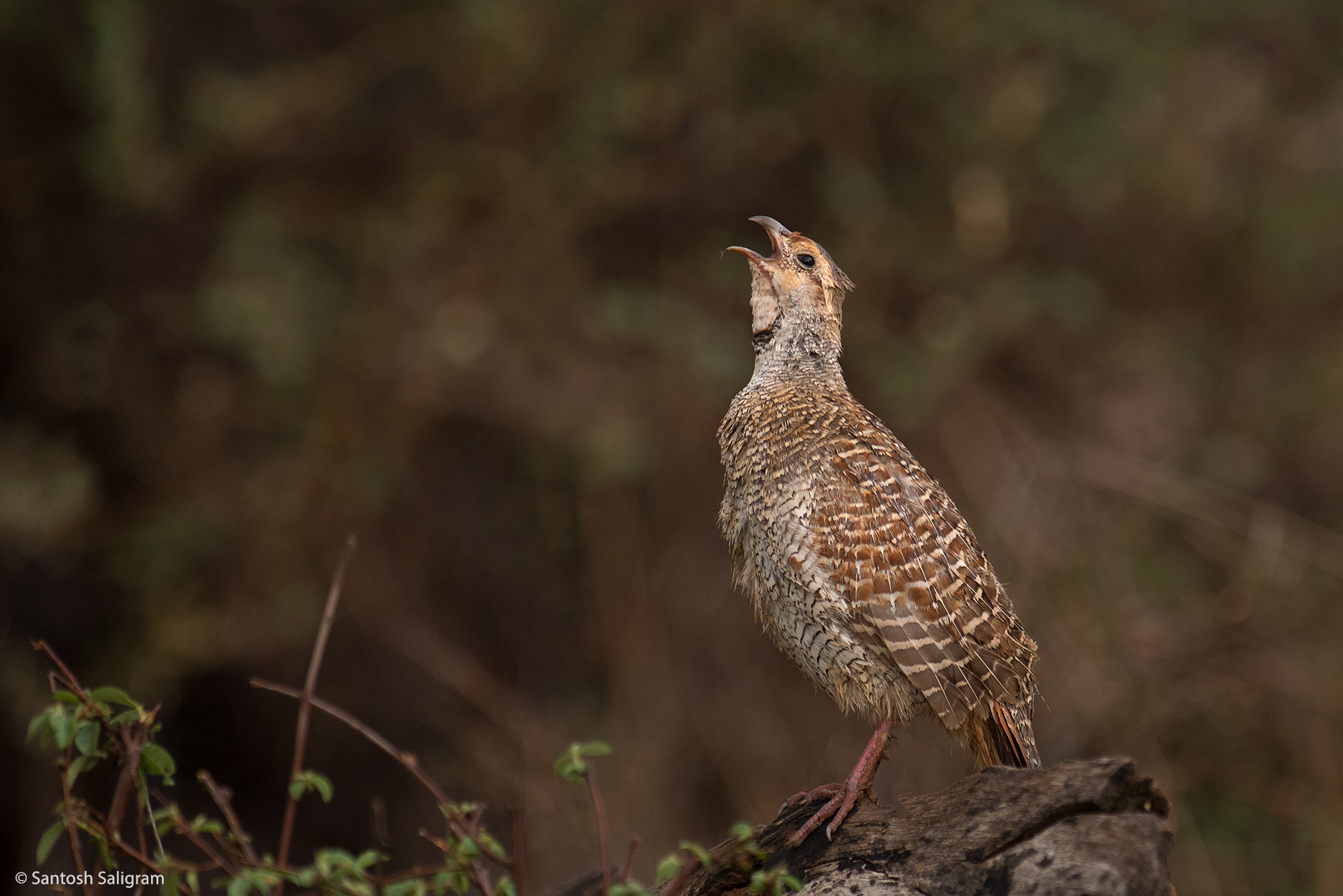 Inhabiting the scrub forests and open cultivated lands, the grey francolin is mainly found in the plains and dry parts of South Asia. Formerly known as the grey partridge, this species has been domesticated in some parts of northern India and Pakistan, where it is mainly used for fighting.

The body of this bird is barred throughout, and shows a chestnut tail and dark primaries in flight. It is a weak flier and flies only short distances, usually escaping into undergrowths. It feeds mainly on seeds, grains, insects, beetles and termites. Sometimes they feed on larger beings like snakes.

This avian beauty roosts in groups, generally in low thorny trees. It is hunted using low nets and is caught rather easily using decoy birds that are made to call out. The way it runs has been described as graceful, and the bird has also been known to be kept as a pet.

Because of the loud, peculiar call it makes, ka-tee-tar…tee-tar, especially during mornings,  it has acquired its local name called teetar. And thus, because of its close acquaintance with humans, the grey francolin in our Animal of the Week!

See this pretty bird on our Wildlife Photo Tour to Ranthambhore!