Why You Should Get Out of the Auto Mode Now!

You are here:
Photography 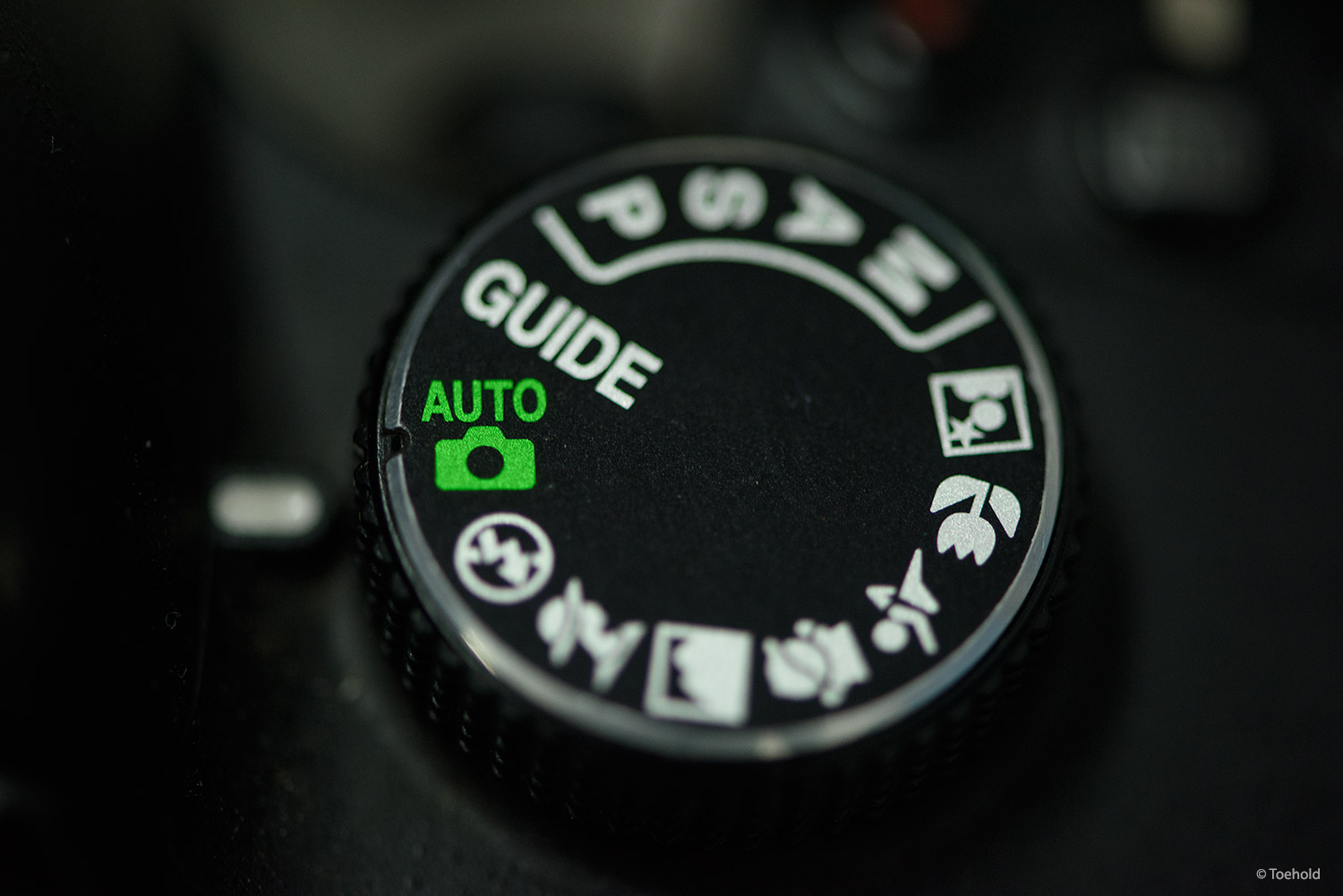 So you just bought a DSLR hoping to make better images than you were with your mobile phone or point-and-shoot. But guess what:

A DSLR can give you worse pictures than a point-and-shoot camera if you don’t use it the right way.

And if you’ve already experienced this, it is, partly and possibly, because of that common photographic malaise called the auto mode.

It’s not your fault. The camera was probably by default in the auto mode when you excitedly took it out of the box, and assuming that it was already set up best, you went on shooting. But alas, in most situations, the auto mode isn’t the best. Not even remotely.

1. The auto mode doesn’t let you control your images.

You buy a DSLR because you want the images to turn out the way you want them to; not the way a geek sitting in Shinagawa thought they should. You want to be involved in every image, and shape it as per your vision.

For a camera must be a tool to translate your imagination to reality; not churn out files of whimsical arbitrariness. Yet, that’s exactly what happens when you shoot in the auto mode. 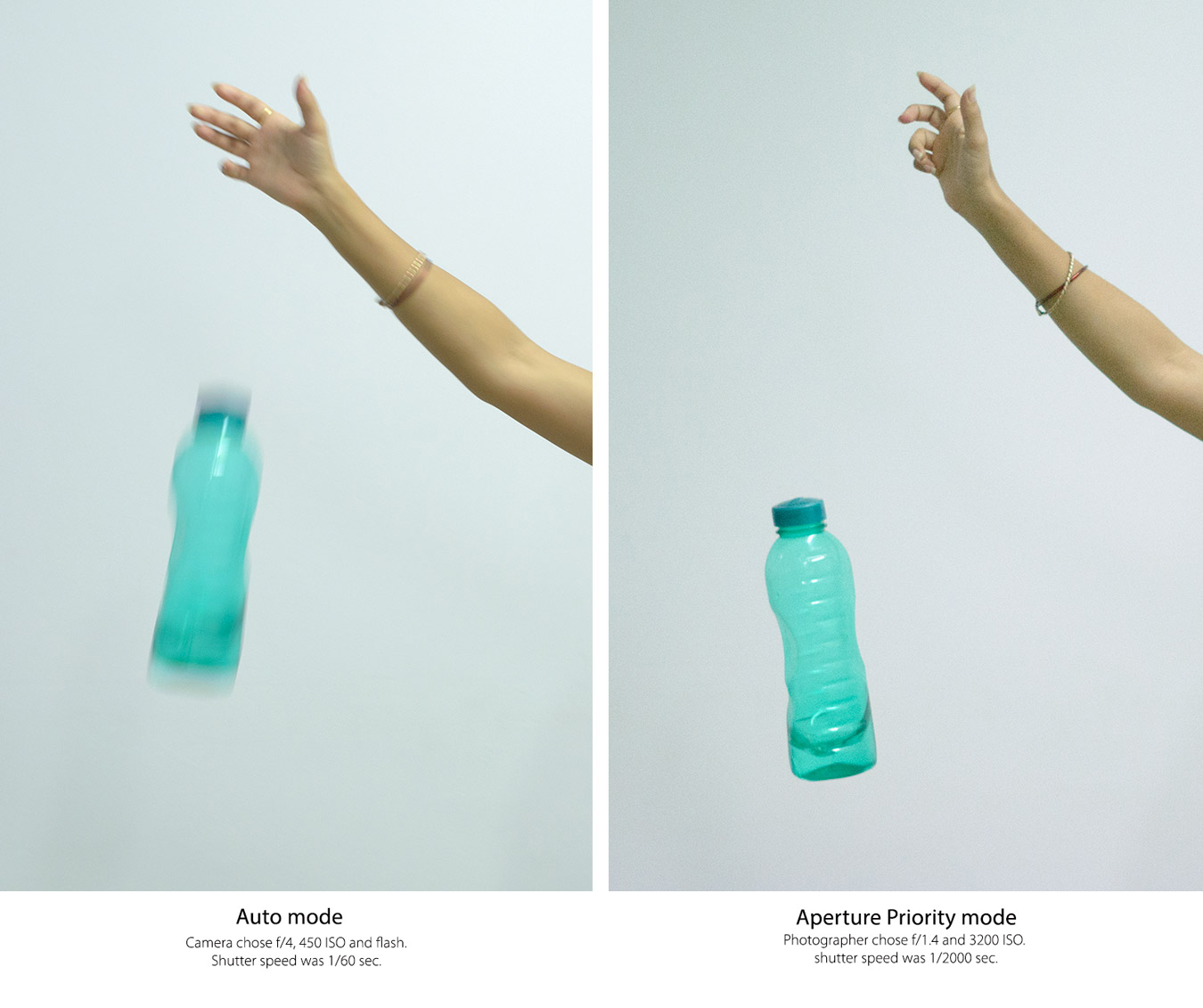 So when you let the camera shoot in auto mode, you have no control over your images. Is that what you bought a DSLR for? Didn’t think so.

2. The auto mode takes away access to a lot of features.

When you shoot in the auto mode, a lot of the important features and settings you need in order to tweak your images are unavailable. To wit:

And so buying an SLR and shooting in the auto mode is a bit like getting yourself a Ferrari and strapping its rear end to a tree. It’s crippling.

3. The auto mode pops up the flash by itself.

This must rank right at the top of the most annoying things a camera can do.

Suppose you’re photographing a rhino at dusk, or a roosting bird, or a tender moment between a couple on a prenuptial shoot. In any of these cases, you want to remain discreet.

And that is exactly what your camera won’t allow you to do.

Because in auto mode, the in-built flash rears its ugly head and pops up all by itself, notwithstanding the inappropriateness of the moment. And the worst part? In most cameras, you can’t disable it. If you shut it, it pops right back when you press the shutter button again.

So the only way to stop the camera from flooding your subject with an entirely unsolicited bath of illumination is to physically restrain the flash from popping up while shooting. But apart from not being a very elegant solution, this is also ineffective, because although you’ve stopped the flash from firing, the aperture-shutter-speed-ISO combination is appropriate to the light with the flash, so you actually end up with an underexposed picture!

And so it’s very clear how using the auto mode is tantamount to anything between gross neglect and self-sabotage. To understand which mode you should use, then, we strongly recommend you consider one of our Art and Science of Photography Workshops where that, and a universe more, will become evident to you.

Until then, good luck, and stay clear of the ‘Automan’ empire!